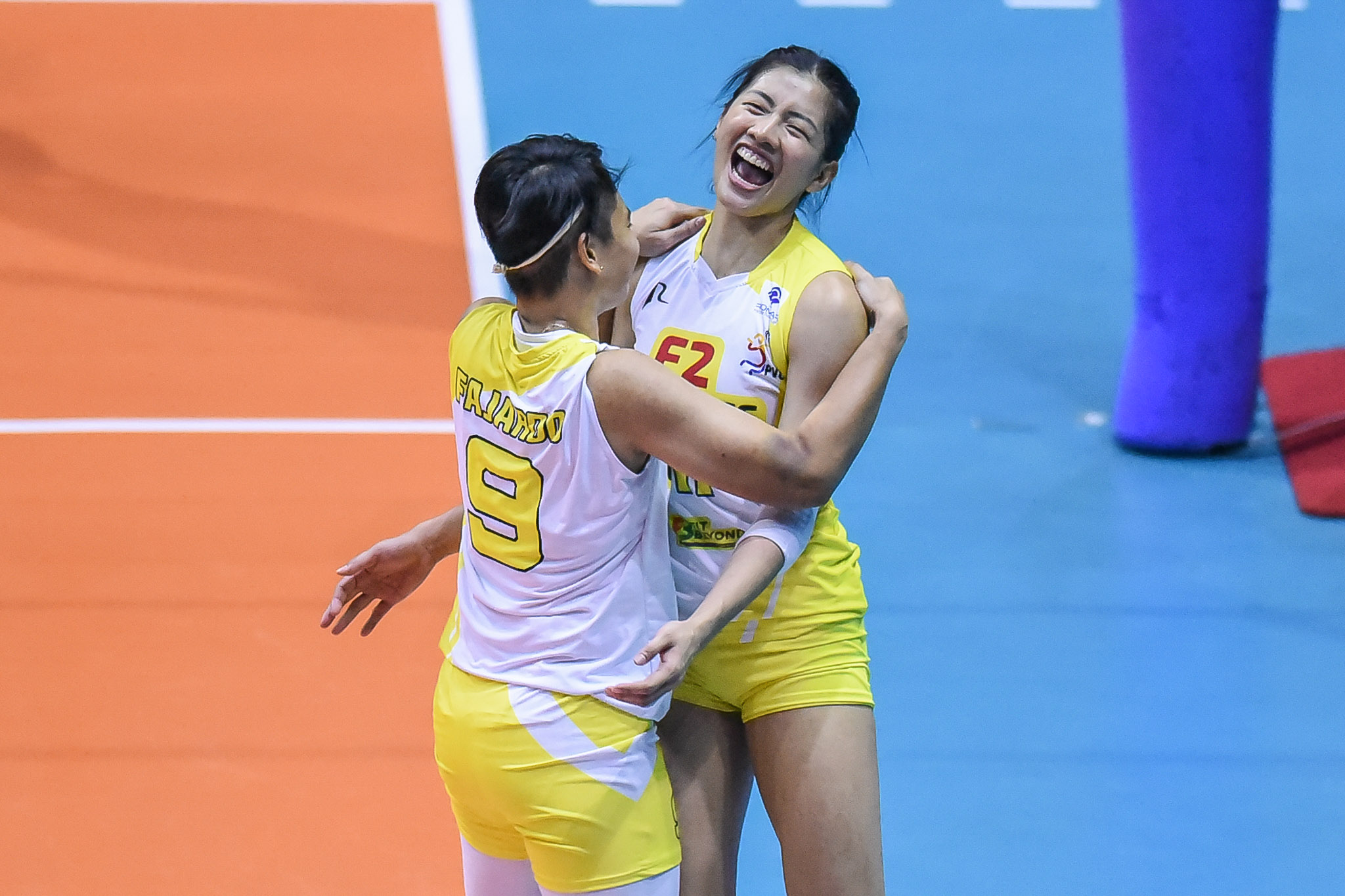 The Cargo Movers finished with a total of 14 kill blocks in the match.

“Well, Coach Boc gave me that goal. He said na kailangan ko talagang bantayan yung mga opens so he said that, ‘This is your job to block these people.’ So I took it as a challenge, ‘okay coach Boc I’ll do my best’ so ayun,” said Dy after the win.

According to Bocboc, the team’s previous performances prompted him to issue a challenge to Dy and the rest of the Cargo Movers. 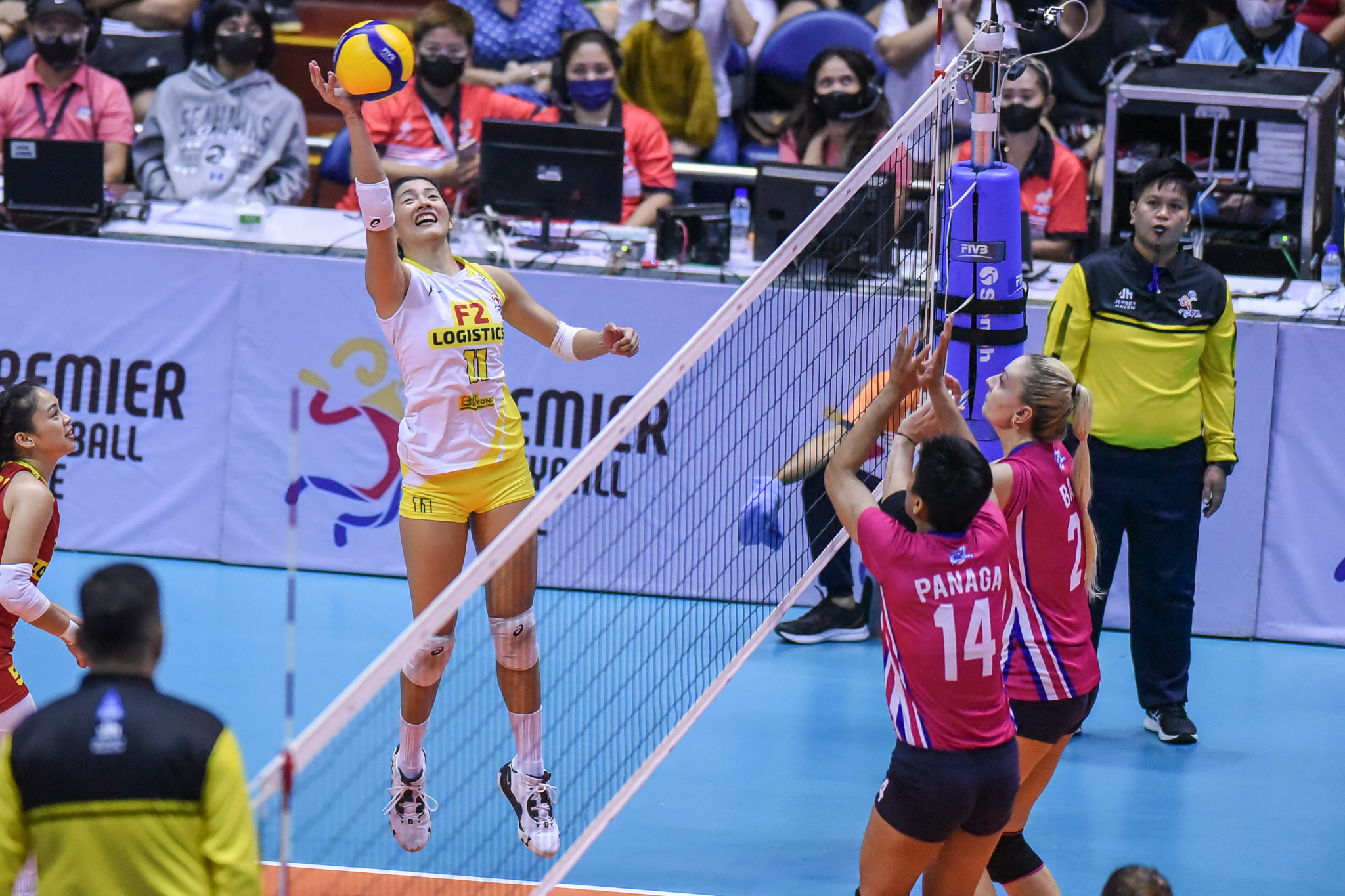 “Minimum actually namin eight kasi we did poorly with two and five in the first two games and then we did eight and seven in the third and fourth games,” Bocboc said.

Meanwhile, the 2021 PNVF Champions League MVP said that their long break due to Typhoon Paeng helped them prepare against the Cool Smashers.

But aside from that, she said that her numerous battles with Alyssa Valdez and company back in their collegiate years also played a pivotal part in her impressive performance above the net. 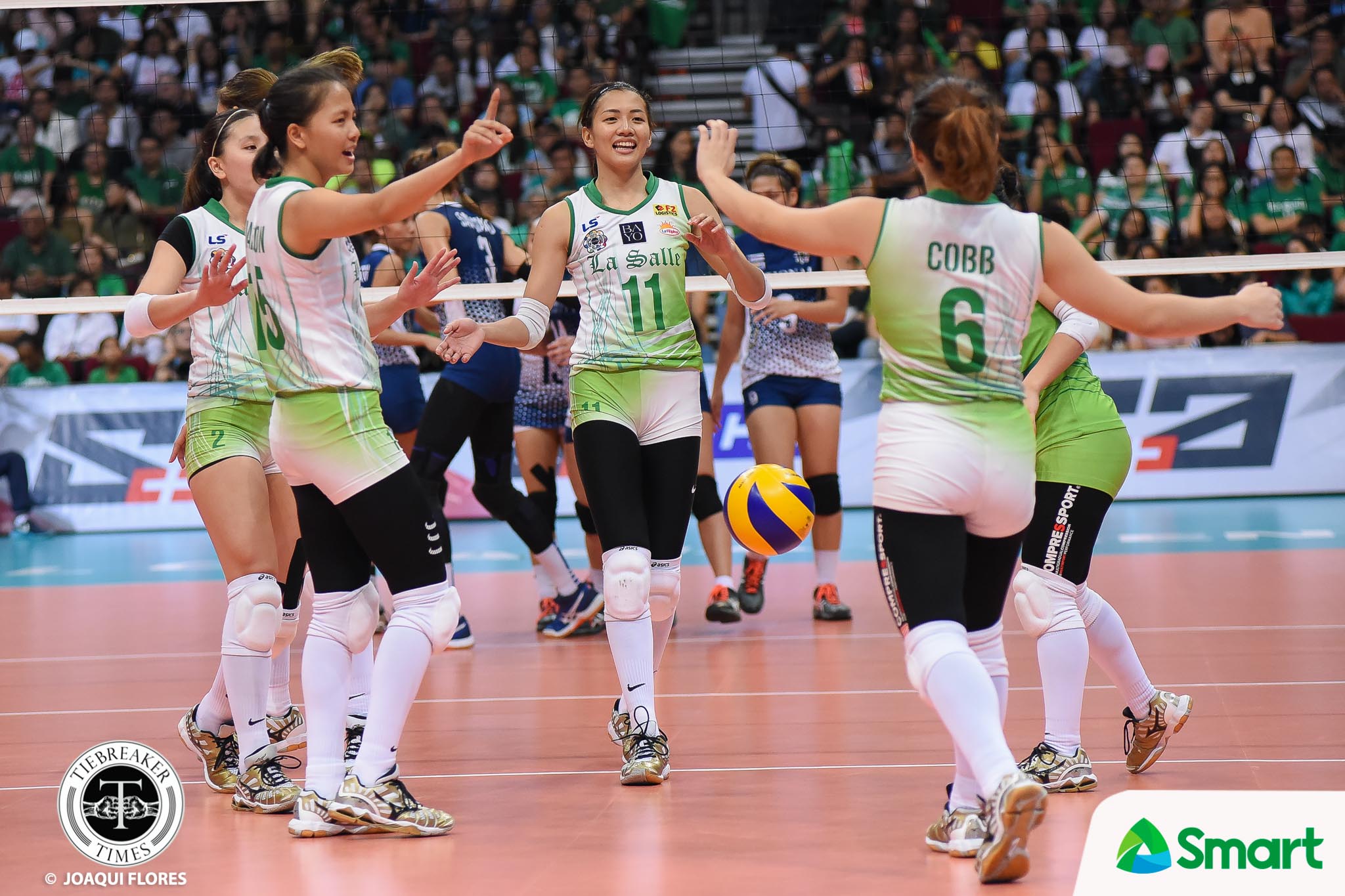 “It was a really hard and good game. You can see naman it was one to one, we kill a ball, they kill a ball so I think it was an advantage also for us to have time to prepare for Creamline,” said Dy.

“Yeah, we played against Alyssa and Jema during our college years so we know already how they move, how they play, so it was kinda an advantage pero syempre inaral pa rin namin. Players they change naman, in college they were spiking like this but they can evolve also so inaral talaga namin yung Creamline,” she added.

Dy also lauded her teammates for the fight and heart that they showed against Creamline, sharing that the team took the 0-2 deficit as a challenge and did not back down.

With this, the former La Salle star hopes that the team can sustain its momentum as they try to clinch one of the last two semifinal spots.

“The game doesn’t finish in just two sets. We all know that we worked hard for this moment, it’s a challenge. We took it as a challenge ‘okay we’re two sets down, let’s make it reach five sets and win this game’ so yun lang yung mindset namin. It’s nice that everyone has that mindset, we have one goal and nakuha namin yun,” said Dy.

“We’re taking it one game at a time and we’re going to prepare for our next games and hopefully tuloy-tuloy kami.”