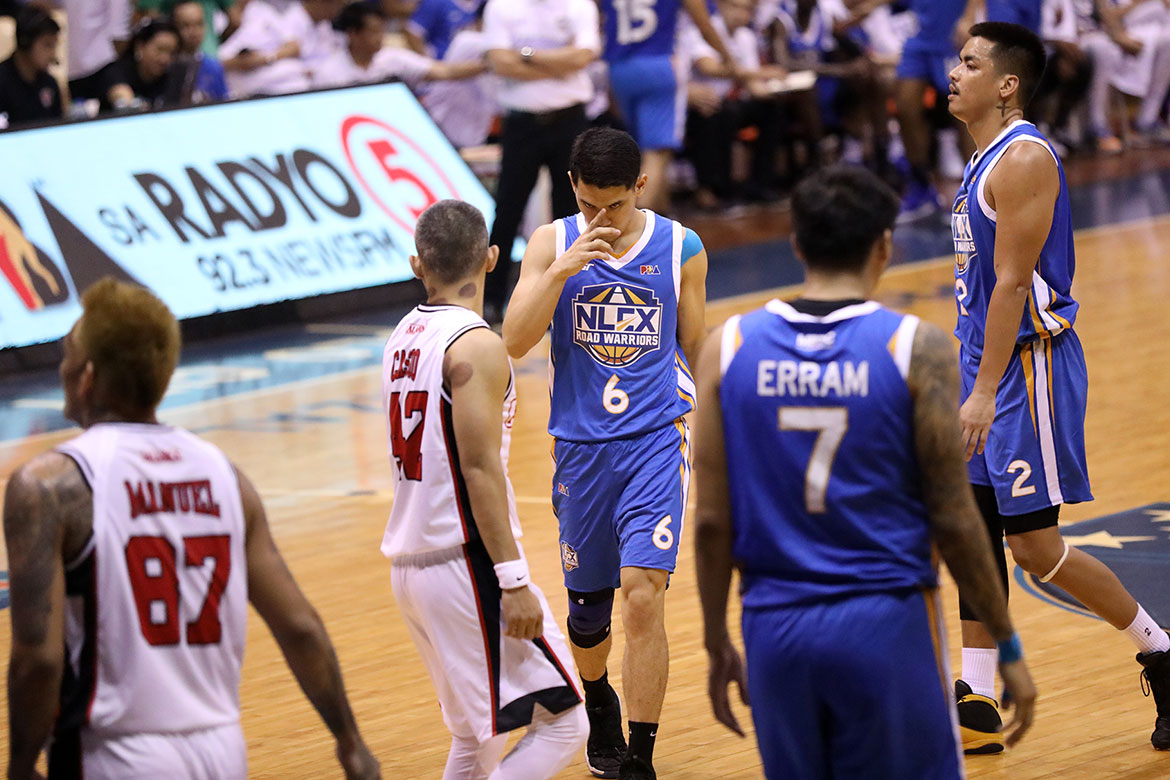 On Wednesday, Kevin Alas played at the Ynares Center for the first time since suffering an ACL injury back in February, as the NLEX Road Warriors took on the Alaska Aces in 2019 PBA Governors’ Cup action.

The venue in Antipolo City will forever remain ingrained in the memory of the 28-year-old combo guard. It is, after all, the place where he unfortunately sustained not just one, but both of his ACL injuries.

But then, the five-year pro out of Letran knows that he has to move on from what happened.

Wednesday marked Alas’ second game since his return. And just as in their game versus the NorthPort Batang Pier last week, where the Road Warriors bowed, he only played for seven minutes.

Alas has no issues with the load management, though. For him, it’s all about trusting the process at this point.

“As much as gusto kong maglaro ng medyo mahaba, I have to be patient kasi the last time ‘yung nilalaro kong playing time is almost thirty minutes,” he said after their 90-106 loss to the Aces.

“I have to be patient with the process kasi kapag nainip ako na gusto ko maglaro ng mahaba, baka mamaya mapasama na naman. I just have to trust the process.”

His teammate Kiefer Ravena has expressed confidence that Alas, once he regains his old form, will be another weapon for the Road Warriors especially come playoff time.

Alas, of course, is glad to have his teammate’s support. But he insisted that he isn’t rushing his return, either.

“Hindi ‘yung papatayin ko ‘yung sarili ko sa workout and everything kasi at this point in my career, yeah, I have to work hard pero importante rin ‘yung recovery eh.”