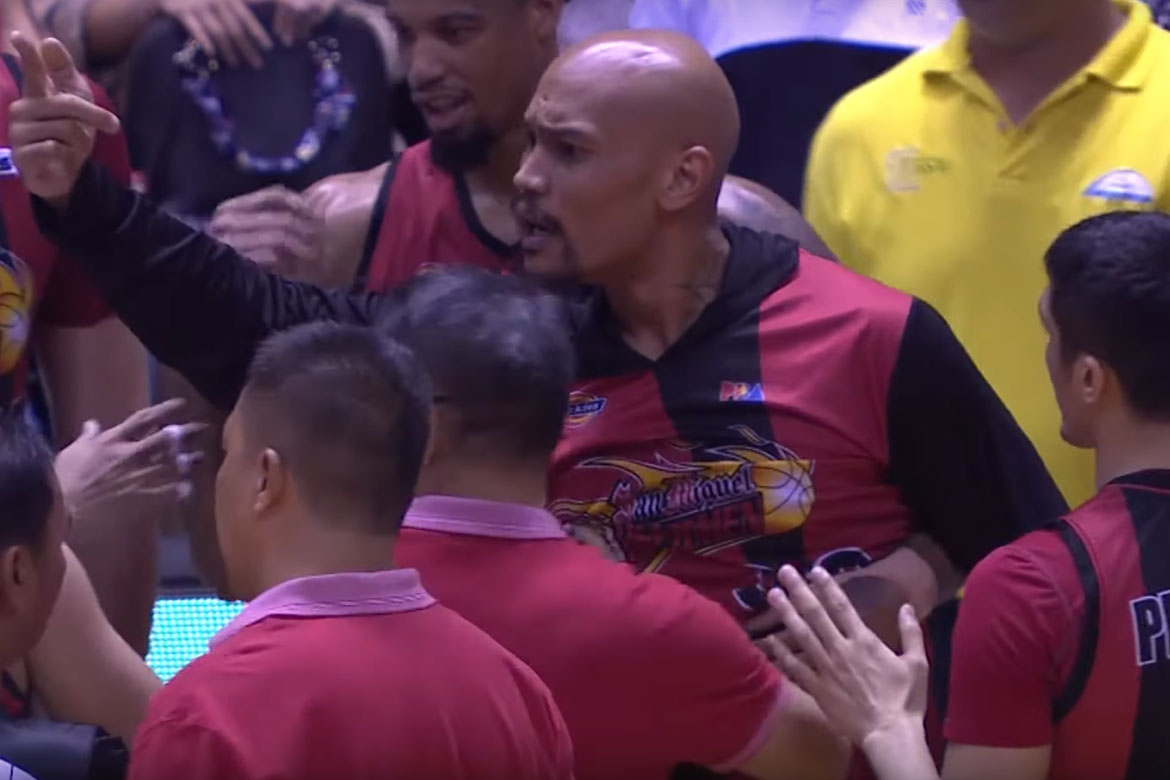 Things suddenly heated up with only 16.3 seconds left to play in Game Four of the 2019 PBA Commissioner’s Cup Finals between the TNT KaTropa and San Miguel Beermen, Sunday evening.

Terrence Jones appeared to push both Kelly Nabong and Christian Standhardinger while he and his teammates made their way to the bench after the KaTropa called for a timeout.

Based on replays, Nabong approached Arwind Santos for a high-five after the Beermen managed to widen their lead to 102-96. Standhardinger, meanwhile, was heading on to SMB’s bench as well.

The two sandwiched Jones, which did not sit well with the latter, leading to the push.

Nabong complained about the act but his teammates – especially import Chris McCullough – pacified him. Cooler heads prevailed and no untoward incidents occurred. No fouls were called.

“I was trying to high-five our players for a good job, and I guess he didn’t like the fact that they lost this game so he just pushed me,” said Nabong.

SMB eventually walked away with the 106-101 win, equalizing the best-of-seven series at two games apiece. Nabong then downplayed the incident, but not without throwing a jab.

“It’s fine. That was a little baby push,” said the 6-foot-6 bruiser, who was on the bench all game.