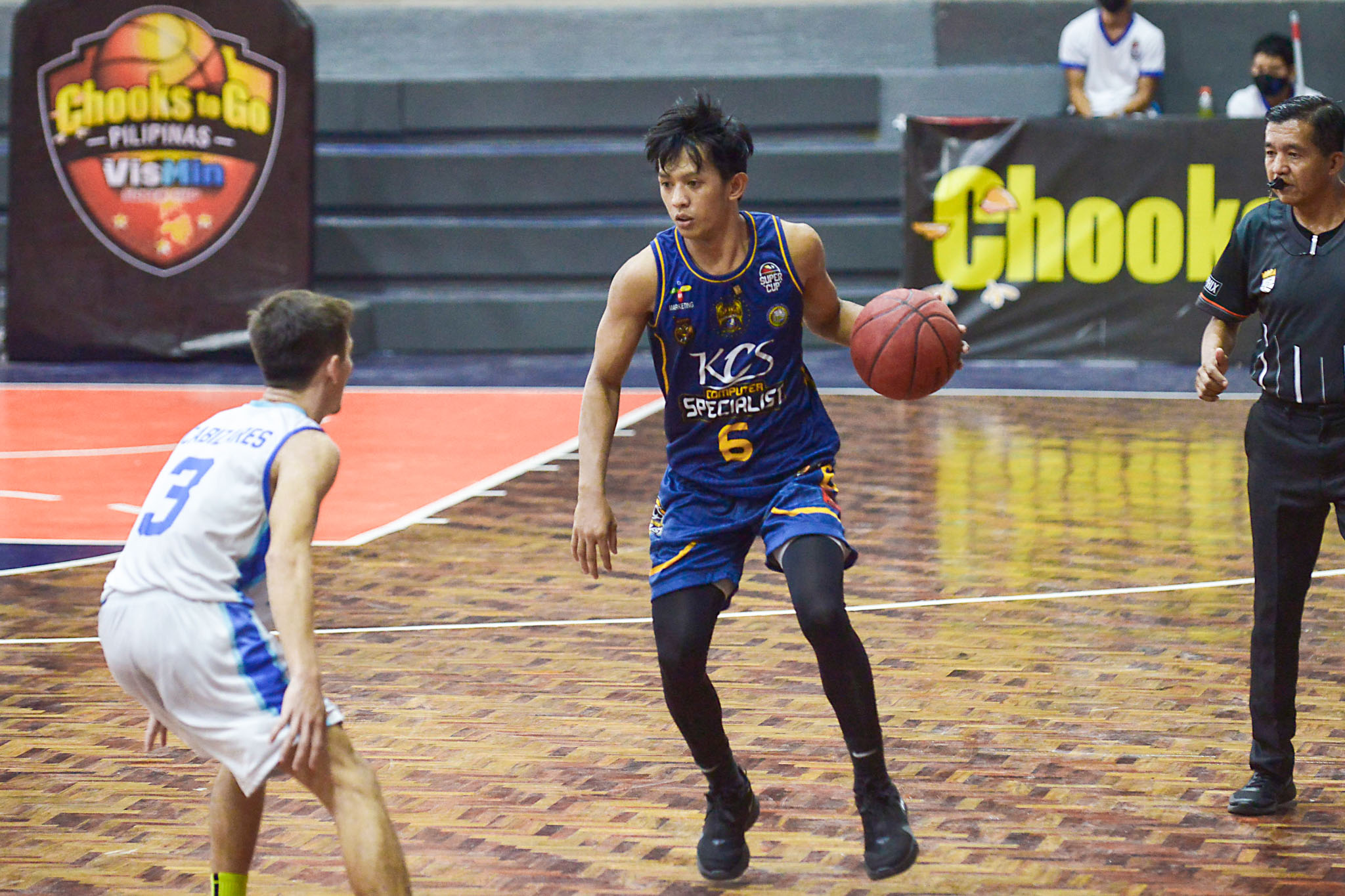 ALCANTARA — KCS Computer Specialist-Mandaue City put the clamps on Tubigon Bohol in a record rout, 80-50, to clinch a spot in the semifinals of the Chooks-to-Go Pilipinas VisMin Super Cup, Tuesday at the Civic Center here in Cebu.

Still smarting from its 73-81 loss to the MJAS Zenith-Talisay City Aquastars last Saturday, KCS vented their ire on Bohol and limited the Mariners to a combined 17 points in the middle periods to eventually come away with their sixth victory in eight games.

KCS was so sharp on defense that they held Bohol to the lowest number of points scored in the league, breaking the 53-point output of Tabogon in its 53-86 loss to this very same KCS squad last April 16.

After leading by seven, 22-15, after the first period, the wards of head coach Mike Reyes dug in on defense and made life tough for Bohol’s top guns Pari Llagas and Joseph Marquez.

With the Mariners’ reserves also unable to get into a rhythm, KCS took advantage and scored a combined 34 points in the second and third periods to open up a huge 56-32 lead heading to the last canto.

Former CESAFI MVP Shaq Imperial came off the bench and led the team with 15 points, seven rebounds, an assist, and two steals while fellow guard Gileant Delator had 13 points and five dimes.

Afterwards, head coach Mike Reyes said he is pleased to see his team embrace their identity as a defensive-minded squad.

“That’s what I said before, na we need to find out our identity as a team and that is playing great defense.”

After snatching their first win of the tournament—a convincing 92-77 victory over Tabogon—last Saturday, Bohol was brought back down to earth and fell to 1-7 (win-loss) for the season. Llagas led the way for the Mariners with 18 points and 20 rebounds while Marquez, who is the league’s leading scorer, finished with just 12.

KCS-Mandaue looks to get win no. 7 tomorrow when it takes on versus Tabogon at 3:00PM. Tubigon, on the other hand, looks to get back on track later in the day against Dumaguete at 7:00PM.