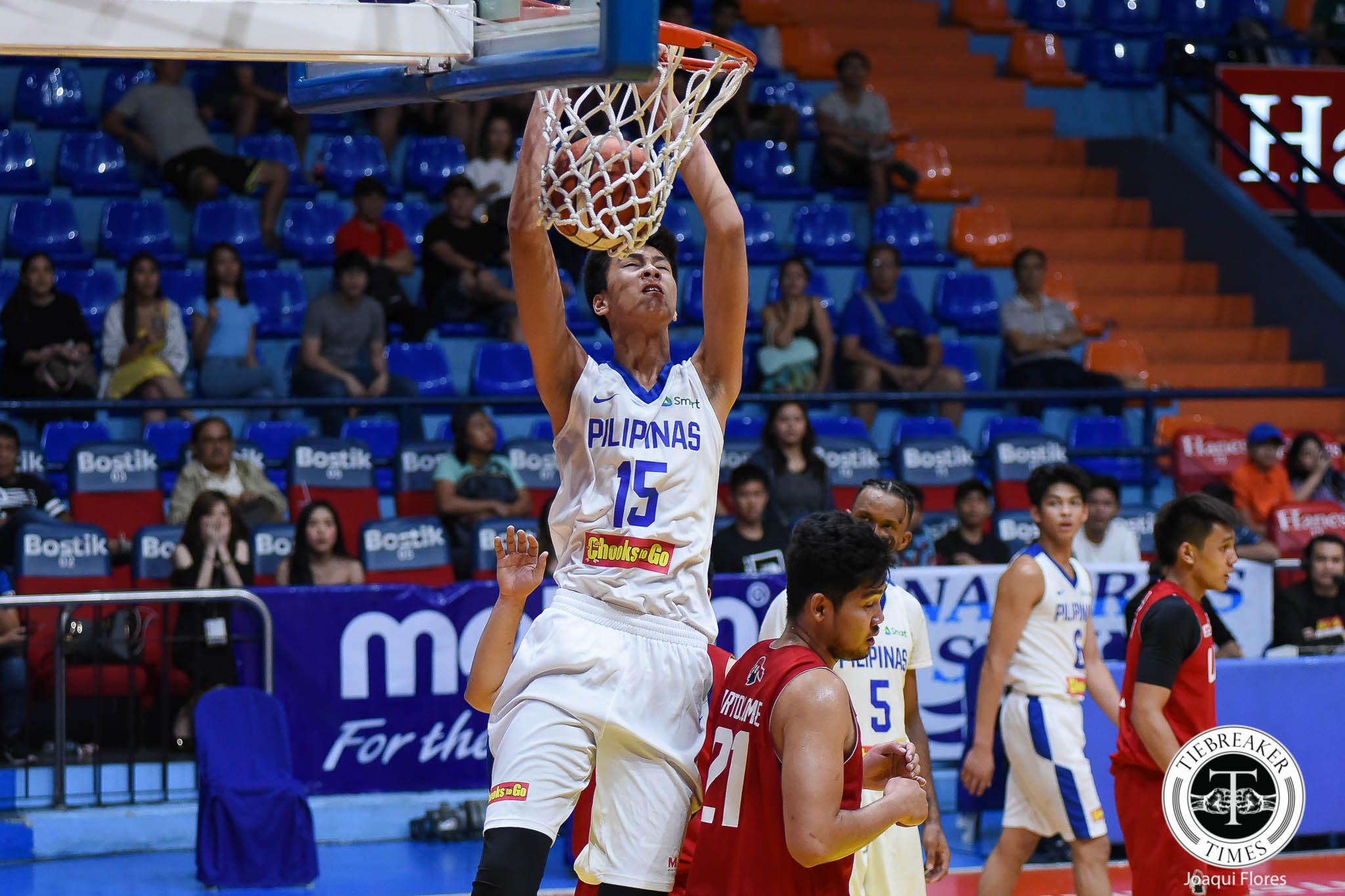 Kai Sotto has already proven that he is head and shoulders above the rest when it comes to the Philippine high school basketball scene and the Under-16 Asian basketball age group.

Tuesday evening, however, he had a tough task in front of him, as he and fellow high school prospect Carl Tamayo were tasked to take on collegiate team University of the East Red Warriors. Up against a frontline consisting of blue-collared big men, Sotto did not back down.

And the 7-foot-1 Sotto passed his first exam with flying colors.

The 16-year-old anchored the Chooks-to-Go-backed Gilas Cadets’ 63-61, come-from-behind win, tallying an efficient five-point, three-rebound, and two-block outing in just 13 minutes of game time. Moreover, he provided the game’s highlights — including a thunderous putback jam and an emphatic block against super scorer Alvin Pasaol.

Playing in crunch time, Sotto had only one thing in mind: To give back the trust given to him by head coach Jong Uichico.

“Isn’t it great to be a seven-footer? Aside from him having a frail body, he is a smart player. He played almost the entire quarter without making a mental mistake. Kulang na lang sa kanya is the physical attributes,” Uichico assessed.

READ  Tab Baldwin on Kai Sotto: 'I don't think he should go to the U.S.'

Safe to say, it was just business as usual for the young buck.

Joe Silva experiences what it feels like to face Kai Sotto