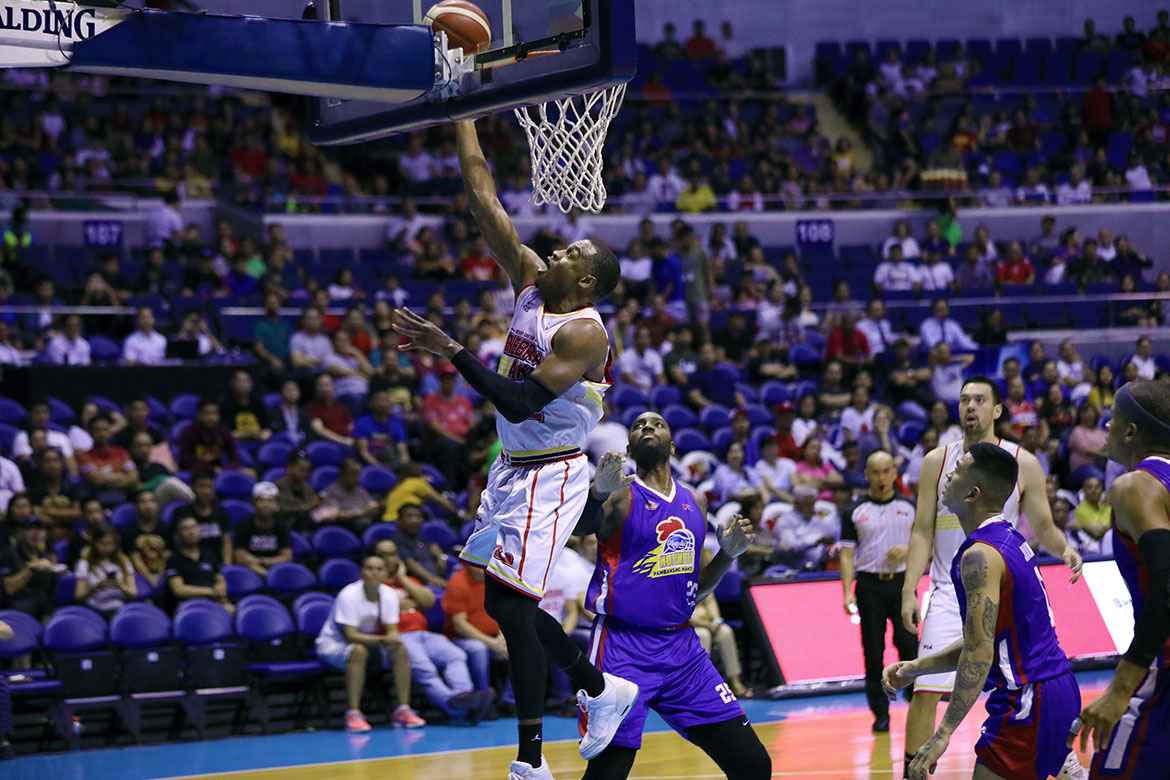 Unlike their quarterfinal series opener which went down the wire, the Barangay Ginebra San Miguel dominated the Magnolia Hotshots in Game Two, 106-80, to sweep their way into the 2019 PBA Commissioner’s Cup semis, Wednesday evening at SMART Araneta Coliseum.

The Gin Kings exploded for 40 points in the third quarter alone to turn their eight-point halftime lead to a gargantuan 87-60 edge, leaving the Hotshots shell-shocked. Ginebra would then lead by as many as 35, 97-62, with 7:57 left to play.

The Barangay have now beaten their bitter rivals in a playoff series for the first time since the 2017 Philippine Cup semis. They have also atoned for their losses in the 2018 Governors’ Cup semis and in the 2019 Philippine Cup quarters.

“We just had a little bit too much firepower for them tonight,” said Ginebra head coach Tim Cone. “This is a big surprise for us. But we were really determined tonight because we haven’t played good Game Twos in the last couple of conferences we faced them.”

Justin Brownlee regained his groove after being limited to just 20 points – an output below his standards – in Game One. He produced 30 points on 54 percent shooting, nine rebounds, six assists, and four steals in 35 minutes.

Mark Barroca set the pace for Magnolia with 17 points, five assists, three rebounds, and a steal.

Import Rakeem Christmas had 15 points, eight rebounds, and three blocks, while Ian Sangalang had 12 points and seven rebounds. Jio Jalalon was two points shy of a double-double with eight points and 10 boards, along with six dimes.

Ginebra will now wait for the winner between the TNT KaTropa and the Alaska Aces for their foes in the best-of-five semis.