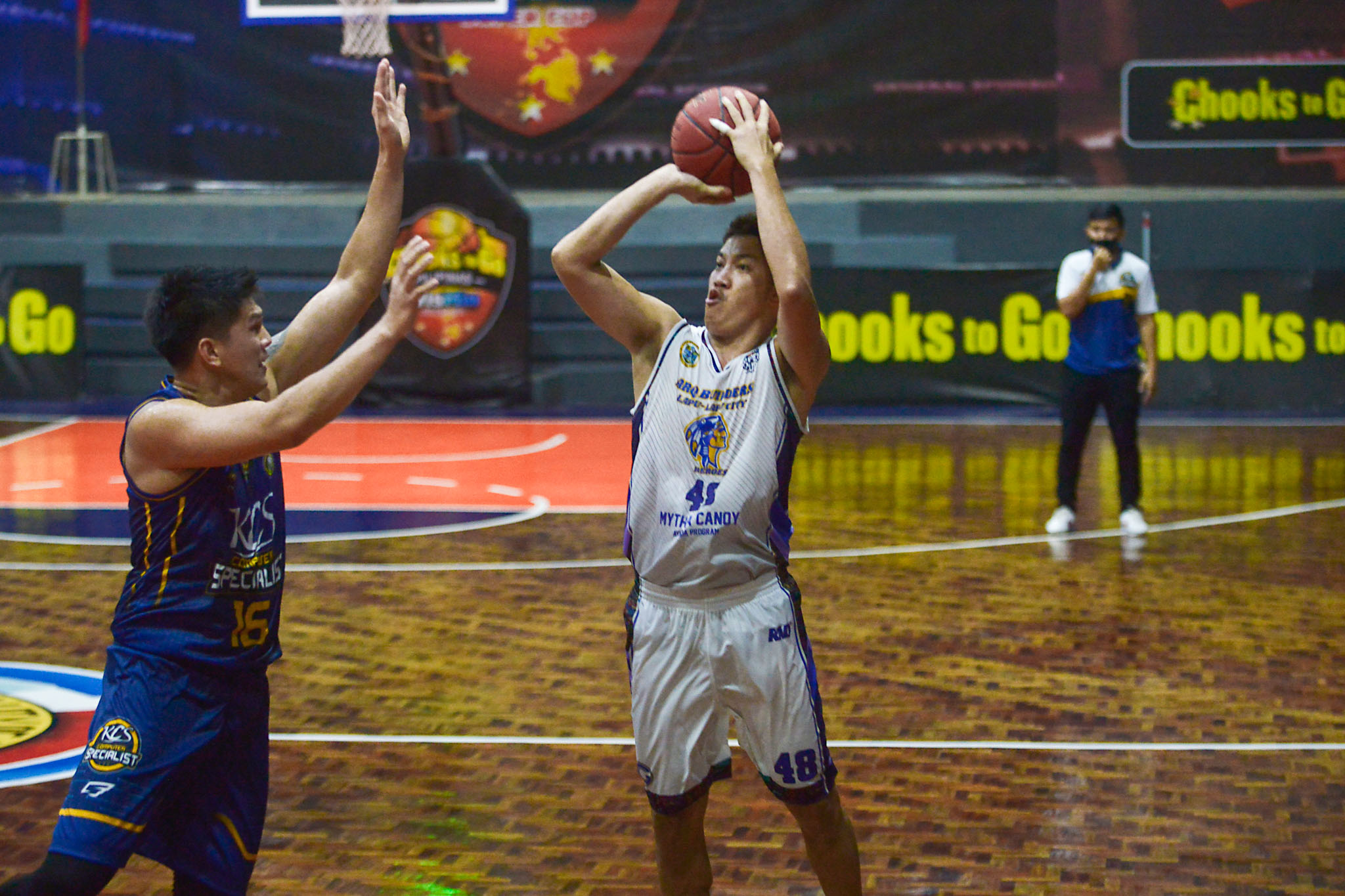 ALCANTARA—ARQ Builders Lapu-Lapu kept its season alive with a stunning 67-52 rout of KCS Computer Specialist-Mandaue in the semifinals of the Chooks-to-Go Pilipinas VisMin Super Cup, Tuesday at the Civic Center here in Cebu.

The ARQ win means it would face off once again against KCS—which holds a twice-to-beat advantage—on Wednesday night with the winner moving on to the best-of-three Visayas leg finals against the unbeaten MJAS Zenith Talisay City Aquastars on Friday.

Reed Juntilla continued on his torrid scoring spree as he tallied 19 points, including a booming four-point play that kept KCS at bay. He added six rebounds, two assists, a steal, and a block.

While Juntilla took care of the perimeter scoring, Dawn Ochea held the fort inside as he scored 15 points and grabbed 16 rebounds to power ARQ to the do-or-die game.

With Juntilla and Ochea firing on all cylinders in the first half, ARQ raced off to a 39-29 lead at halftime. They maintained their inspired play in the third to bring a 51-40 lead to the final period of action.

Juntilla then sparked ARQ’s final breakaway with a huge four-point play that was soon followed by a short jumper by Fletcher Galvez, a hook shot by Ochea, and a shot clock-beating triple by Rendell Senining that gave them a 67-49 lead with just 2:43 remaining in the game.

ARQ assistant coach Jerry Abuyabor said that every member of the team was locked in from the get-go, which played a huge factor in their season-preserving win.

#ReadMore  PBA stars face-off in virtual shootout for a cause

“The big difference was everyone responded well. Everybody chipped in in their own little way,” said Abuyabor. “Kahit yung bench namin was so positive, talking and encouraging one another.

On the other hand, KCS was just a mess all game long as they made just 16 of their 71 attempts from the floor for a paltry 22-percent clip.

Nobody managed to score in double-figures for KCS with Al Francis Tamsi leading the way with nine points and Shaquille Imperial adding eight.

KCS’s Gryann Mendoza, was held down to just five markers after averaging 11.6 points during the regular season.