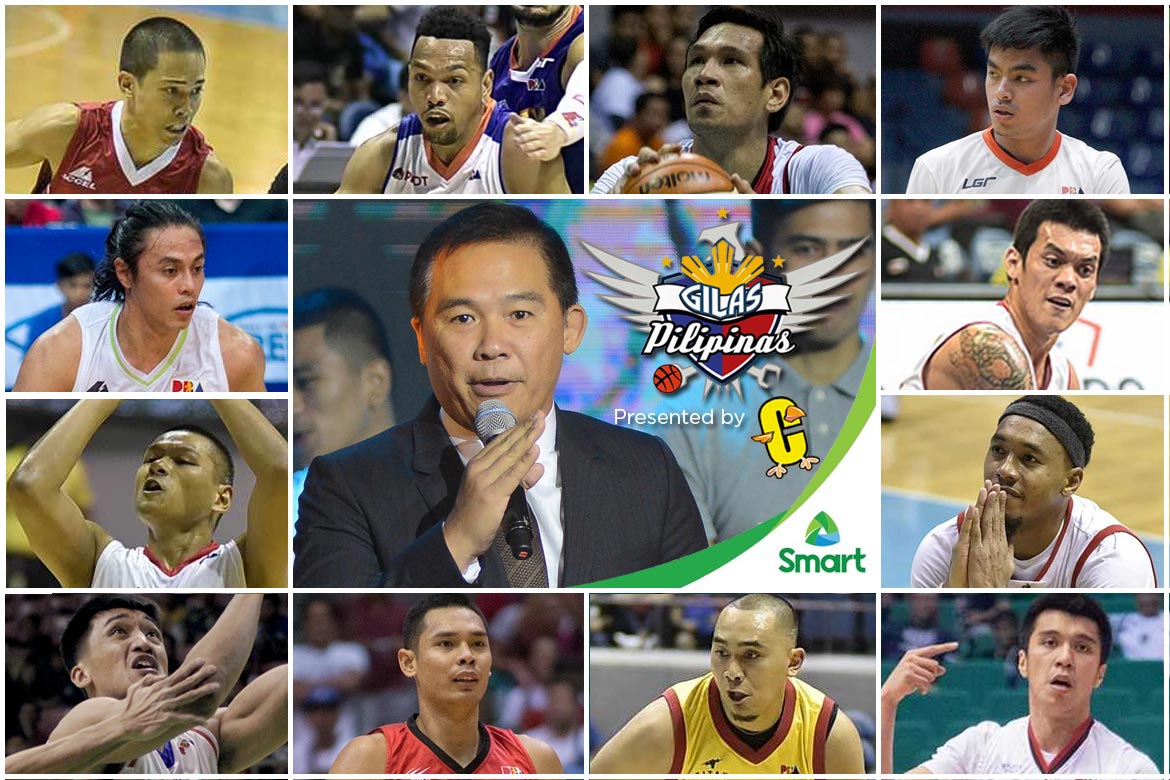 The 24-man pool that is set to represent the country in the world basketball scene is now complete. The announcement was made in an event graced by SBP president Al Panlilio, Senator Sonny Angara, executive director Sonny Barrios, PBA Commissioner Chito Narvasa, and the board members of the league. Head coach Chot Reyes and Bounty Fresh CEO Ronald Mascarinas were also on-hand.

“I’m very privileged to be part of this ceremony by the SBP and the PBA. In this venture, I would like to thank the owners who have served as the guiding light for this,” Narvasa said.

“First of all, I would like to add to what comm said. The purpose of this is to further improve the national team. I would like to thank the governors and the owners for this,” Panlilio added.

Headlining the pool are three-time PBA Most Valuable Player June Mar Fajardo of the San Miguel Beermen and 2015 FIBA Asia Mythical Five team member Jayson Castro of TNT Katropa. 30-year-old floor general Castro, who had announced his retirement from the international game after the FIBA Olympic Qualifying Tournament-Manila, reconsidered his stance due to his renewed passion to represent the country.

Last October, the SBP and the PBA agreed that each team will have a representative in the pool.

Five new faces to the National Team completed the pool.

Five-year league veteran LA Revilla of the Mahindra Enforcers leads the cast of neophytes for Gilas, while 6-foot-8 anchor Raymond Almazan of the Rain or Shine Elasto Painters was also added.

The team’s first foray in the new FIBA circuit will be the SEABA Championship. The tournament will be held either on March or April.

Wright on guarding Thompson: ‘His motor is ridiculous’