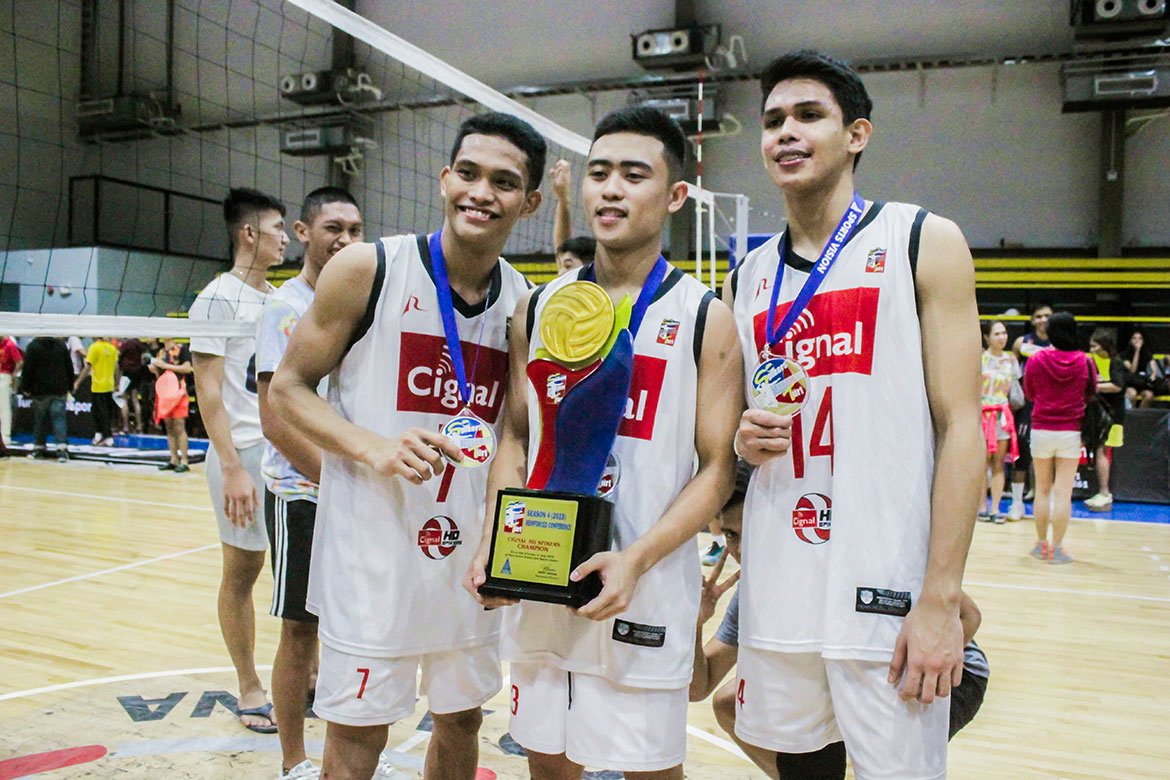 There was no sweeter way to win a first career championship for FEU spikers JP Bugaoan and Jude Garcia.

The last time the duo fought for a title was in UAAP Season 81. Back then, they battled a powerhouse National University Bulldogs squad with the core of Bryan Bagunas, Kim Malabunga, Francis Saura, and Madz Gampong.

NU went on to sweep the series, claiming their fourth title in seven straight Finals appearances – and leaving Bugaoan and Garcia hungry for a title.

And just when they thought that revenge wasn’t possible – as NU’s quartet had graduated – the FEU tandem got their chance when they faced the Go For Gold-Air Force Jet Spikers in the Spikers’ Turf Reinforced Conference Finals.

Bagunas had already been part of the Air Force squad that won it all in last year’s Reinforced Conference. This time, he had Malabunga, Saura, and Gampong to bolster the Jet Spikers’ title bid.

Safe to say, Bugaoan and Garcia made the most out of their chance as the two were pivotal in Cignal’s title-bid

But beyond their own personal vendetta, FEU’s 1-2 punch were just glad to help out their brothers in Cignal to claim their own revenge against the same team that denied them the hardware a year ago.

With plenty of experience now under their belt, the two will channel it as motivation to lead the Tamaraws in their upcoming UAAP Season 82 campaign.

Angela Lee on ‘dangerous’ Denice Zamboanga: ‘I won’t be underestimating her’