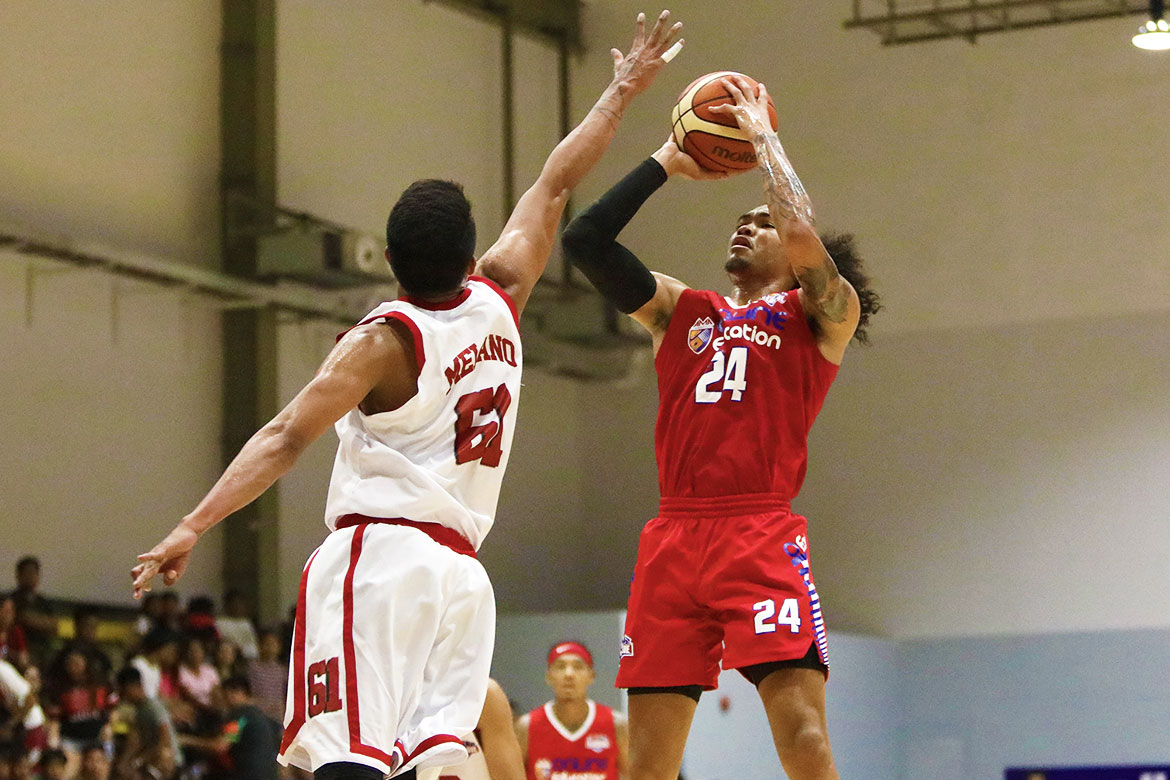 The AMA Online Education Titans steered past McDavid to take the 80-65 victory, Tuesday in the 2019 PBA D-League at Paco Arena in Manila.

Franky Johnson played big in this season opener for the Titans with his 24 points, seven rebounds, and two steals.

Johnson’s early spurt allowed AMA to take a 10-0 lead. They then switched to cruise control in the wire-to-wire victory, pushing the lead to as much as 18, 71-53 early in the fourth period.

Newcomer Kib Montalbo also chimed in six points and five assists for the Titans, in a game where Andre Paras only saw four minutes of action.

On the other hand, McDavid leaned on Jason Melano, who collected 15 points, nine rebounds, and three assists.

AMA grabbed a share of the Aspirants Group lead together with opening week winners Cignal-Ateneo and UST.