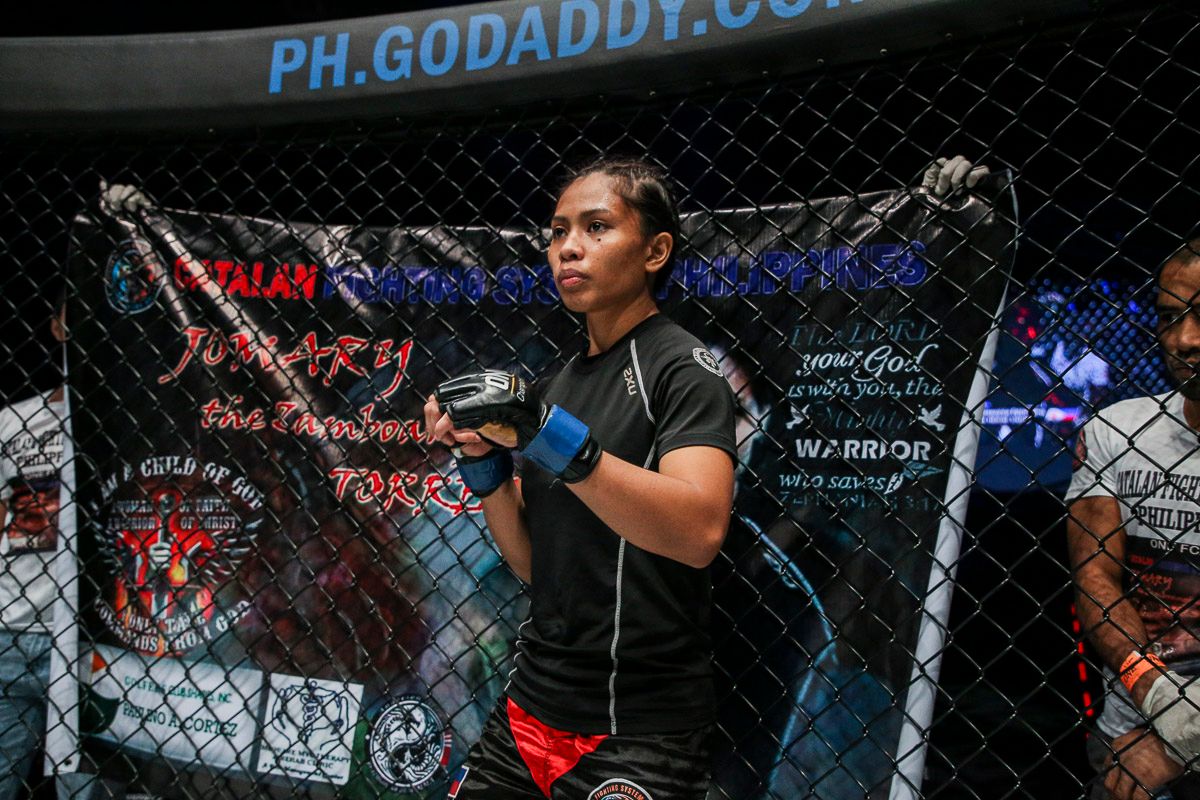 Jomary “The Zamboanginian Fighter” Torres is counting down the days until she redeems herself inside the ONE Championship Circle.

The Filipina breakout star failed to start the year with a win after dropping a first-round submission loss to China’s Lin Heqin at ONE: Reign of Valor in Yangon, Myanmar back in March. It was her third consecutive defeat.

While most athletes would find it difficult to maintain motivation during such an unfortunate skid, the 23-year-old remains optimistic about her future in The Home Of Martial Arts.

“The losses are part of the sport. It’s here that we see the things that we need to work on as a team,” Torres said.

“I admit that there are a lot of things that I need to tweak. There were chances, but I failed to capitalize on it.”

At a very young age, Torres has taken on a who’s who of the women’s atomweight division. Although she has performed admirably, she has been unable to claim victory against the top contenders in the weight class.

Those losses have come from the likes of Indonesia’s Priscilla Hertati Lumban Gaol, Japan’s Mei “V.V” Yamaguchi, and the aforementioned Lin — an impressive list of opponents for a lady her age.

Seeing how she needs to improve more, Torres joined her head coach Rene “The Challenger” Catalan in Indonesia last month to train with the country’s national wushu team.

“There are a lot of things that I learned when I stayed in Indonesia for almost a month. I went back to basics and focused on my mental strength,” she explained.

“There are strategies and techniques that I pull off during training sessions, but in the actual fight, I forget about it. That’s what we worked on in Indonesia.”

Torres’ first three bouts in the world’s largest martial arts organization convinced observers that the Filipina is a special competitor in the women’s atomweight division.

Despite the string of setbacks, she plans on living up to her potential and believes that better days are definitely ahead.

“I’ll just continue to hone my craft,” she added.

“I know my last three matches will make me a stronger athlete, and there are things that I can bring from there to my next matches.”

Fatigue from Las Vegas trip not a reason for loss, says Boyet Fernandez