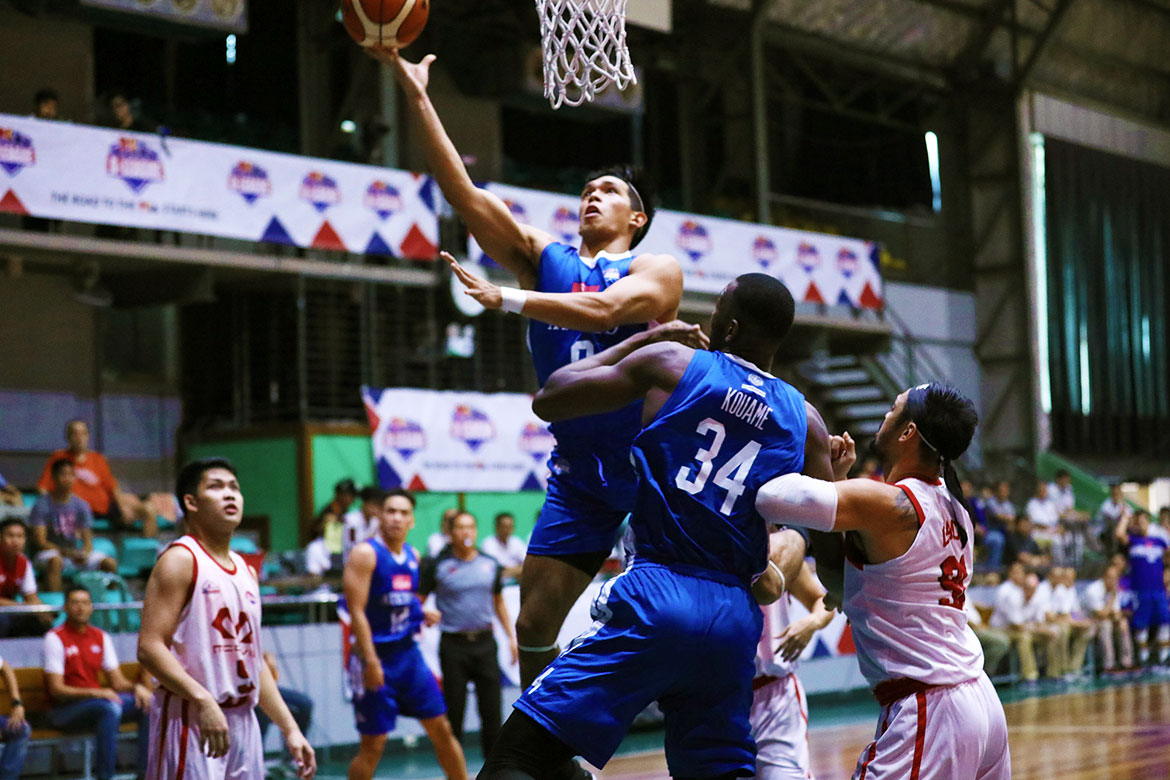 Cignal-Ateneo were one point short of tying the record for biggest winning margin, victimizing McDavid by 75 points, 106-31, Tuesday in the 2019 PBA D-League Tuesday at JCSGO Gym in Cubao.

Ivorian center Ange Kouame bannered the Blue Eagles’ evisceration with a double-double of 16 points and 14 rebounds, for his side’s fourth straight win.

Thirdy Ravena was equally potent with his 16 points and three rebounds, while Mike Nieto did his damage in the first half with 11 points and three boards to help Cignal-Ateneo stay at the top of the Aspirants Group standings at 6-1.

But more than their numbers, it was their defense that did the trick, as the Blue Eagles only held the opposition to a forgettable 21-percent field goal shooting, forcing the lowest scoring output in PBA D-League history.

It was all Cignal-Ateneo from the get-go, as they jumped to a 31-6 opener and quickly left McDavid in the dust.

The extended garbage time allowed coach Tab Baldwin to explore other nuances which the Blue Eagles can use later on in the tourney.

“As you go through a year, an off-season, a preseason campaign, your system should grow,” he said. “Today, we did use a couple of different things that we may or may not use, but we teach our players some things that they can have in their arsenal. We may not run it very well but we’re exposing them in different types of offensive and defensive systems.”

McDavid head coach Allen Ricardo was not in attendance as he is in the States for a summer league camp for his youth team.

With Olympics in sight, ONE, GAMMA ink multi-year partnership