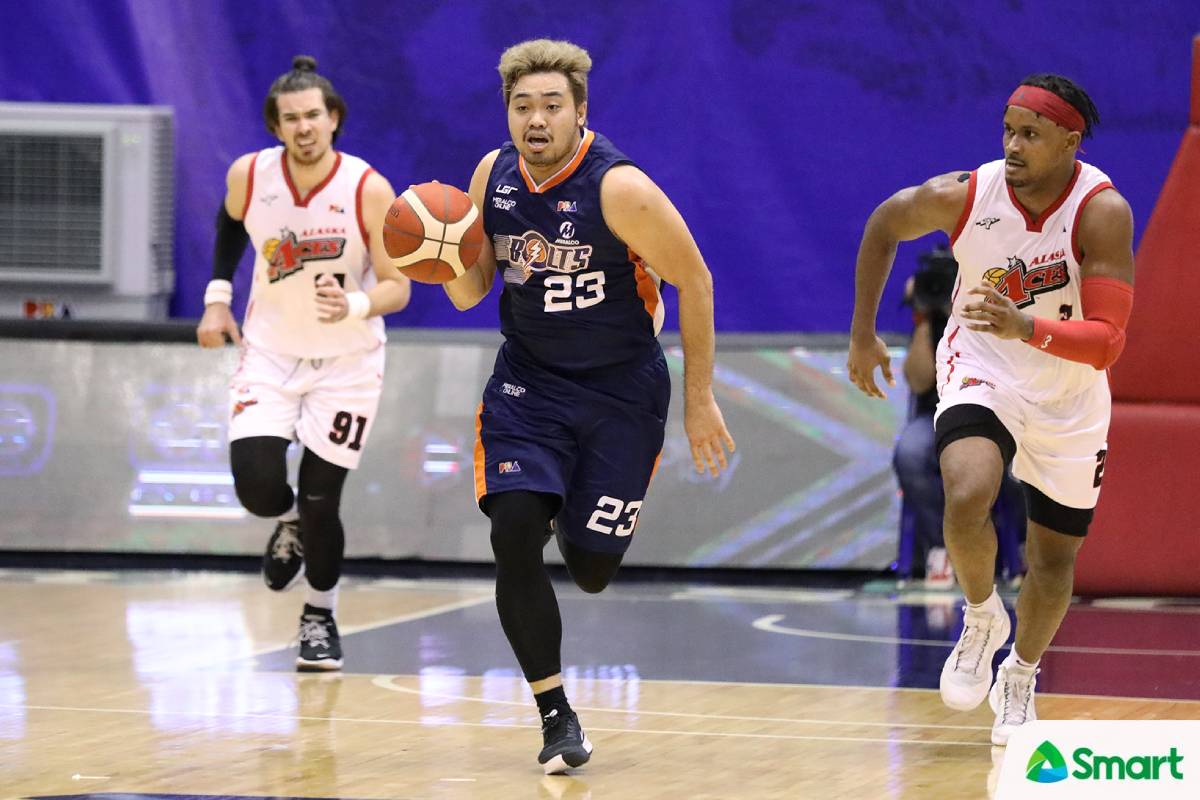 Meralco head coach Norman Black needed someone who could provide the spark on offense when the Bolts’ 16-point lead became just four late in the third quarter of their Honda PBA Philippine Cup 2021 meeting with Alaska, Saturday.

So, he turned to rookie Alvin Pasaol. He subbed him in for veteran scorer Allein Maliksi seconds before the period wrapped up.

And the decorated mentor was proven right.

The 26-year-old then provided some instant offense. He hit a couple of three-pointers inside the first three minutes of the fourth quarter to help the Orangemen re-establish their lead to 10, 70-60, with 8:49 on the clock.

He also showed that he could go toe-to-toe with much more experienced gunners moments later. As Maverick Ahanmisi hit back-to-back triples, Pasaol answered with a trey of his own to halt the Aces’ steam.

That shot of his was followed up by a Raymond Almazan bucket, and the Bolts put themselves ahead by 10 again, 79-69, with 6:16 left.

The former UE King Warrior scored 11 of his 13 points in the final frame, going a perfect 3-of-3 from beyond the arc. Even better, the Bolts won, 89-80, to collect their fourth win in five games in the all-Filipino conference.

It was easily Pasaol’s best performance of his young pro career thus far after scoring just a total of 12 points in his first four games. He didn’t even play in their 91-80 victory over Phoenix Super LPG last Wednesday.

“He didn’t get a chance to play last game. I shortened the rotation to make sure I could get that win last game,” explained Black. “But tonight, I thought I had the opportunity to get him in, and he came in and delivered for us.

“I think he scored 13 points, and most of those points came in the second half. So that was big for us in this game,” he added.

Black couldn’t feel any happier for the former Chooks-to-Go Pilipinas 3×3 star, whom he called ‘a pleasure to coach’. He also lauded his work ethic.

“It’s great getting a lift from Alvin. Alvin is a pleasure to coach. He always has a smile on his face. He’s a jolly type of guy.

“He would come to practice every day, like he really wants to be there and work. I’m very happy for him,” he said.