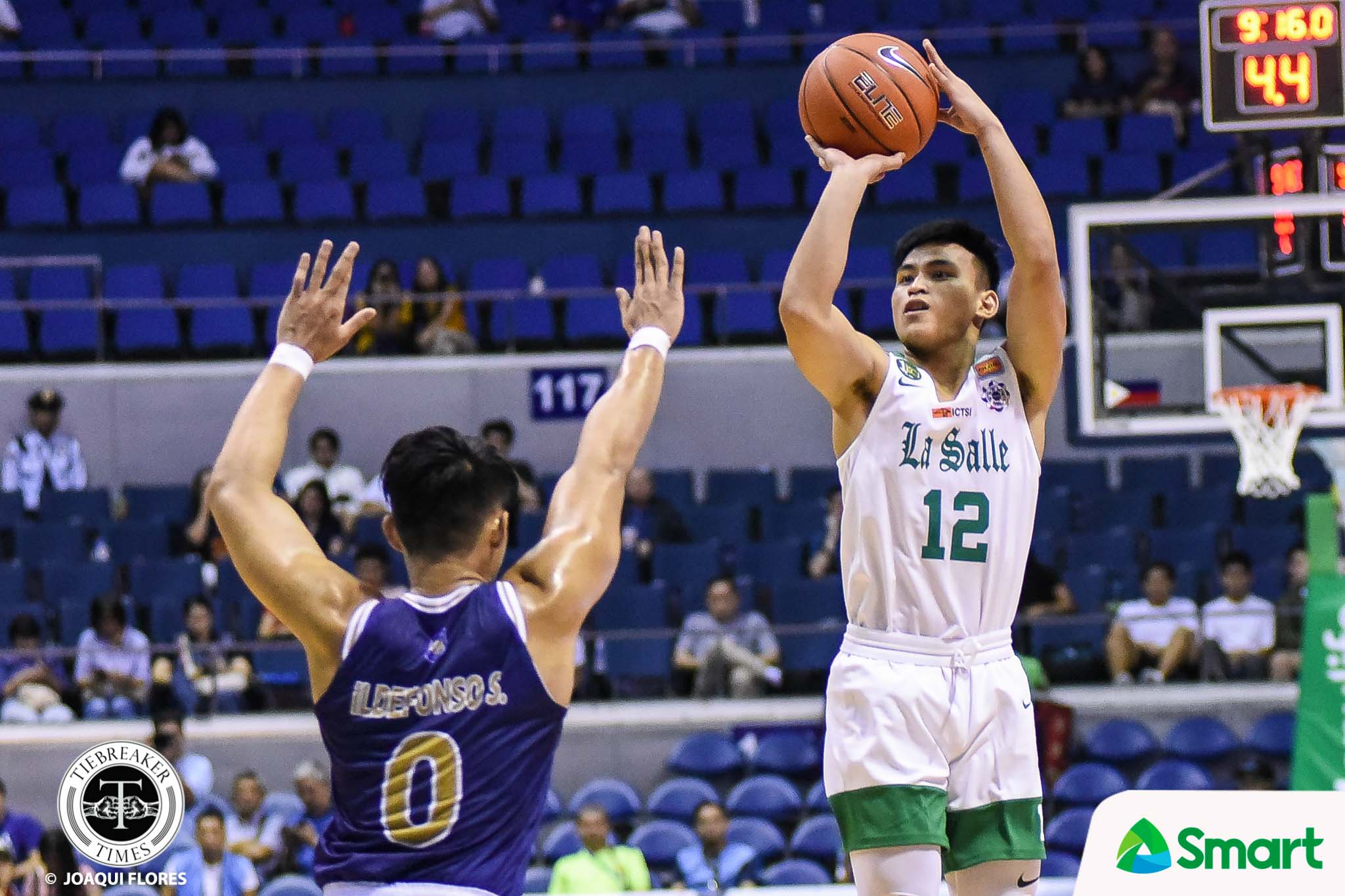 After losing a former NCAA Juniors Most Valuable Player in Will Gozum, University of the Philippines is set to gain a new one.

Multiple sources closely monitoring the situation have confirmed to Tiebreaker Times that Joel Cagulangan is set to move from La Salle to UP.

Cagulangan, who is just 19 years old, and his family arrived from Butuan City Sunday morning. They immediately headed to UP’s campus in Diliman where the Cagulangans met team boosters Jonvic Remulla and Pato Gregorio, together with UP’s representative to the Board of Managing Directors Kiko Diaz and Fighting Maroons assistant coach Mo Gingerich.

A meeting of the minds between Cagulangan and UP came into fruition, one of the sources added.

Cagulangan, who took up AB Sports Management during his freshman year in La Salle, will take up a Bachelor degree in Sports Science in UP.

One of the main reasons why Cagulangan moved out of La Salle was the limited playing time he received during his first year, the source said. The La Salle Green Hills product only played a total of 34 minutes spread across four games, totaling just three points, 12 rebounds, four steals, and three assists.

The 5-foot-9 point guard, who was the NCAA Season 94 Juniors Basketball MVP, will have to sit out a year before being eligible to play in Season 84 together with ex-CEU big man Malick Diouf.

Cagulangan’s arrival to Diliman will be a timely boost for the Fighting Maroons as Juan Gomez de Liano’s future with UP is still in question.

Meralco needs to get over third quarter hump to get even, says Durham