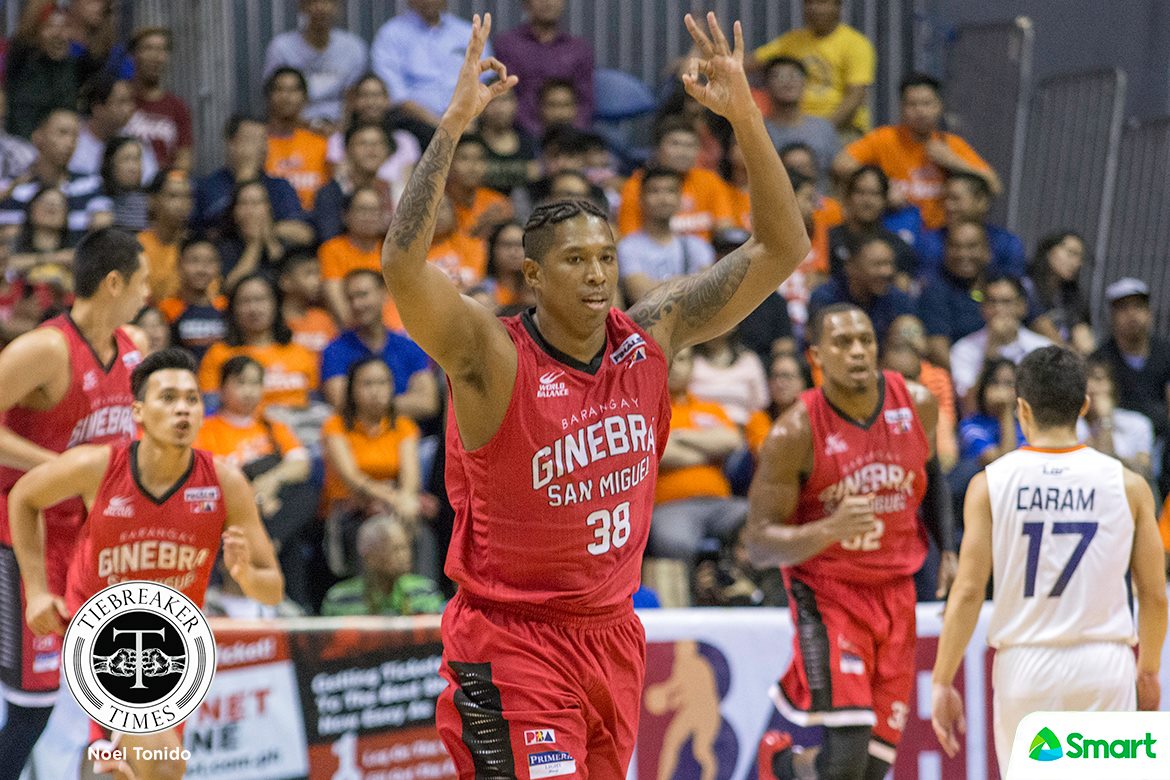 SMART CLARK GIGA CITY — Breakaway lay-ups are common in the game of basketball, but Joe Devance’s version became the talk of the town on Wednesday night when Ginebra faced NorthPort in the 2020 PBA Philippine Cup.

With about 13 seconds left in the second frame, the veteran forward made rookie Renzo Subido pay dearly for dishing a careless pass intended towards Kelly Nabong. He snatched it, then ran all the way for an easy bucket.

He made the basket with eight seconds left.

Doing the math, it took five seconds for Devance to run from near half-court to the basket. And here’s the thing: Nobody from the Batang Pier, except for Subido, chased him down to at least challenge the shot.

The other one who ran was LA Tenorio, and then Stanley Pringle.

The Gin Kings eventually won, 112-100. And the 38-year-old, ever the funny man, quickly took to Twitter to address that particular play, which actually pushed their lead to nine, 57-48, heading into the break.

But in all seriousness, Devance had a hand in the victory that clinched them a quarterfinal spot. He finished with 12 points on 6-of-7 shooting from the field as a total of eight Gin Kings finished in double figures.

The 13-year veteran was only averaging 5.3 points, 3.6 rebounds, and 1.4 assists prior to his solid outing versus the Batang Pier, who absorbed their sixth loss in seven outings in the bubble.