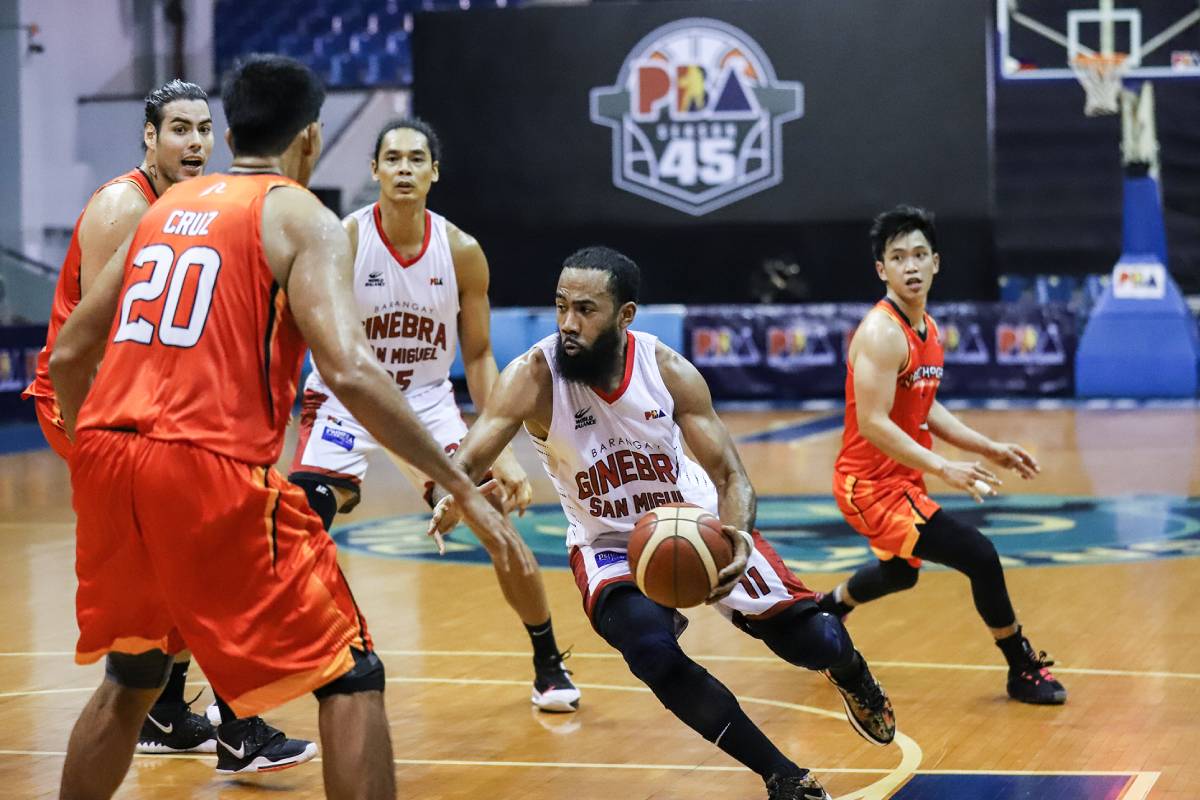 The Gin Kings shook off a sluggish start and turned it up in the second half that saw them build a 19-point lead early in the fourth, but had to weather a Batang Pier threat late before bagging the W that clinched them a quarterfinal spot.

“Tonight was not our finest hour. We were not clean tonight, we were not sharp tonight. I’m really proud of our guys for the effort they gave tonight, they did not get frustrated, they showed a lot of character,” said coach Tim Cone.

Stanley Pringle finished with 17 points to lead the Barangay, who improved to 6-2 to gain a share of the lead with TNT Tropang Giga, which, interestingly, will be their next foes on Friday, Nov. 6, at 6:45 p.m.

Aljon Mariano supplied 15 points, seven assists, and five rebounds. LA Tenorio and Japeth Aguilar each made 13 points, with the former adding seven dimes and the latter having eight boards to their names.

Joe Devance produced 12 points; Scottie Thompson and Prince Caperal had 11 apiecem, while Jeff Chan chipped in 10 as a total of eight players finished in double figures in the win that saw them rack up 37 assists.

#ReadMore  Rizal Memorial to get major renovation, thanks to P842M PAGCOR grant

Ginebra saw itself down 10 early in the match as NorthPort went fiery from deep but got its bearings back in the second quarter, finishing the period with a 20-4 run to turn a seven-point deficit to a 57-48 lead at the break.

Still, the Batang Pier kept on fighting even if it went down by 19 points twice in the deciding chapter. A Christian Standhardinger bucket off a foul got them to within just eight, 96-104, still with 2:35 to play.

However, Aguilar, Tenorio, Thompson, and Mariano were there for the Barangay to prevent the opposition from coming any closer, providing baskets that eventually gave them the 12-point victory.

“It is really hard to have a winning record in the second game of your back-to-back. If you do, that is really a compliment to your team. I’m happy about our character,” the 22-time champion coach lauded.

Standhardinger and Kevin Ferrer each had 23 points to lead NorthPort, with the Fil-German forward adding 11 rebounds. Garvo Lanete had 19 points, while rookie Renzo Subido made 15 markers and eight assists.

The Batang Pier absorbed their sixth loss in seven games, staying at 11th in the standings. They would need to win their remaining four games in the eliminations for a good shot of making it to the next round.

The tough climb begins for Coach Pido Jarencio’s wards on Friday, Nov. 6, when they take on a well-rested Alaska Aces — the one whom the Gin Kings defeated last night, 87-81 — at 1:00 p.m.