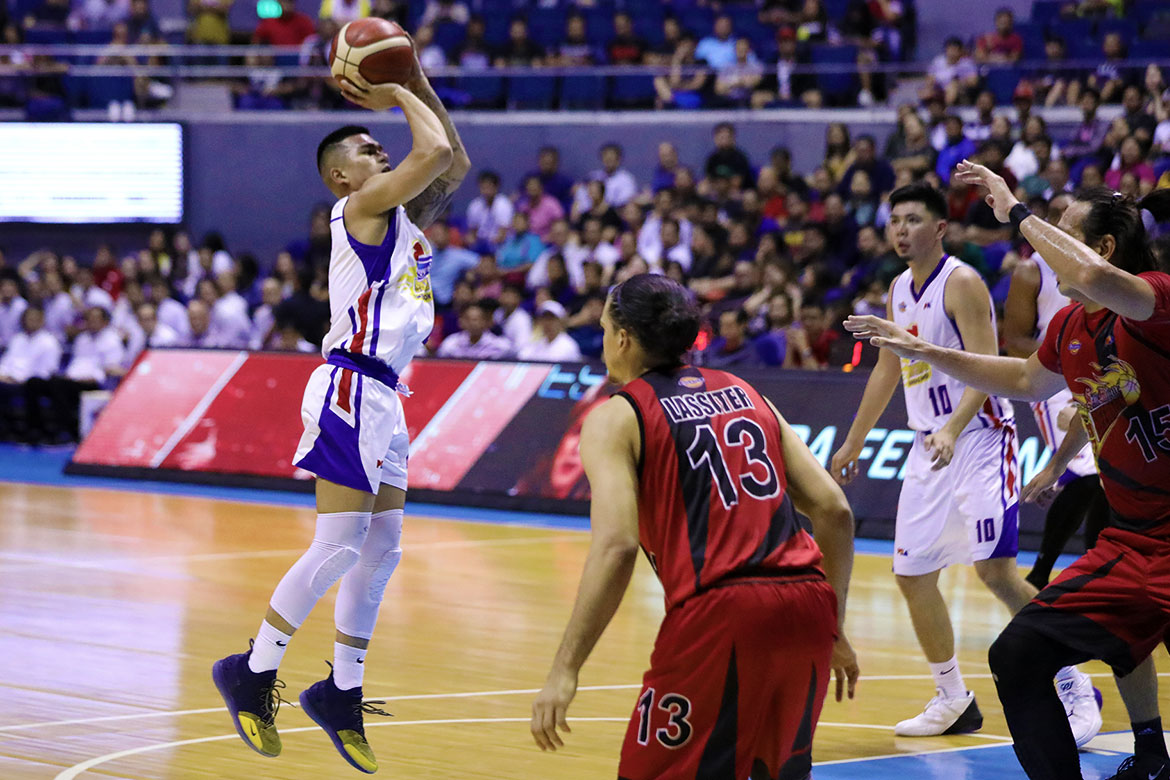 It is tough to accept losses like the ones the Hotshots suffered. They were on the way to ending the Beermen’s four-year reign when they built a 17-point lead in the third frame, only for San Miguel to spoil their party.

And if anyone knows how painful it truly was, it’s Jalalon. He had the golden opportunity to save the Hotshots in the endgame when he was open underneath the rim, but he failed to make his shot.

But Jalalon and Magnolia did not let themselves drown in sorrow from that crushing defeat to their rivals. They simply trusted the process of moving on, and eventually turned it into one of their motivations this season.

On Wednesday night at SMART Araneta Coliseum – the very venue of their heartbreak– Magnolia faced San Miguel anew, this time in the Commissioner’s Cup. And they showed that they have grown from that loss.

The Hotshots played a near-perfect game on both ends of the floor, venting all their frustrations to their tormentors. They blasted the Beermen by a whopping 36 points, 118-82 – SMB’s worst loss this conference.

Jalalon, of course, could not help but feel so elated that they have managed to get back to the Beermen.

The win was more satisfying for Magnolia since it marked their fourth straight this conference. For Jalalon, he still hopes that the team will keep on growing, as they aim to meet their goal of making it into the Finals.