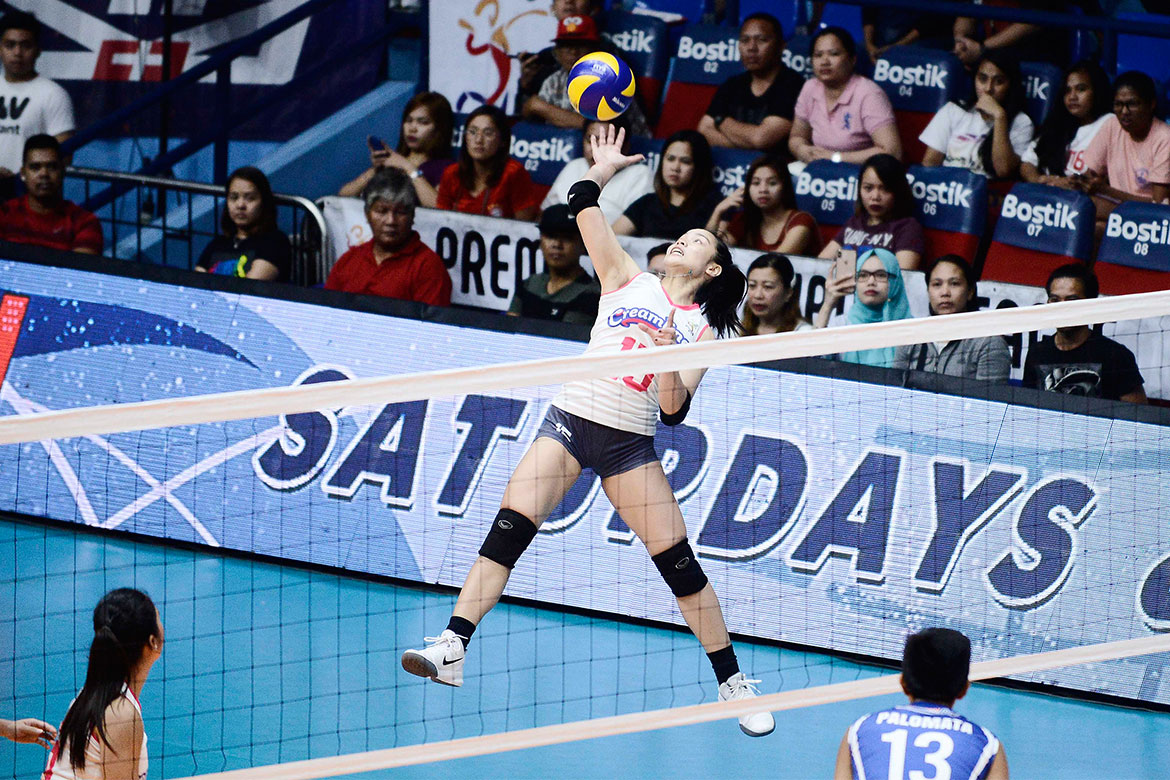 Creamline is in the midst of a dominant run through the 2019 PVL Open Conference, thwarting every other team that has dared to stand in its way.

And the driving force of the Cool Smashers’ unbeaten surge has been Jema Galanza.

Galanza has shouldered the role of the team’s main hitter for majority of the preliminaries. She has stepped up in lieu of Alyssa Valdez, who has seen limited action for Creamline due to injury concerns and national team duties.

Given the increase in responsibility, the 22-year-old outside hitter has become one of the frontrunners for the Most Valuable Player award. But for her part, it is the least of her priorities, especially since her sights are set on helping Creamline defend its Open Conference throne.

Based on an official tally released on Saturday, Galanza is among the top ten league leaders in five departments.

She’s seventh in scoring with 189 total points, spiked by a 35.89 success rate — fourth among spikers. She’s also sixth in the service area, netting 0.36 aces per set; and fourth and ninth in receiving (44.03 efficiency rate) and digging (2.93 digs per frame), respectively.

Should Galanza receive the highest individual recognition for the conference, it would be a fitting culmination of her sacrifices and hard work for Creamline.

Galanza and the Cool Smashers are now one win away from sweeping the preliminaries, with only Motolite standing in their way. Aiming for a blistering momentum to carry over into the semifinals, the proud daughter of San Pedro, Laguna is sparing no effort on Wednesday.