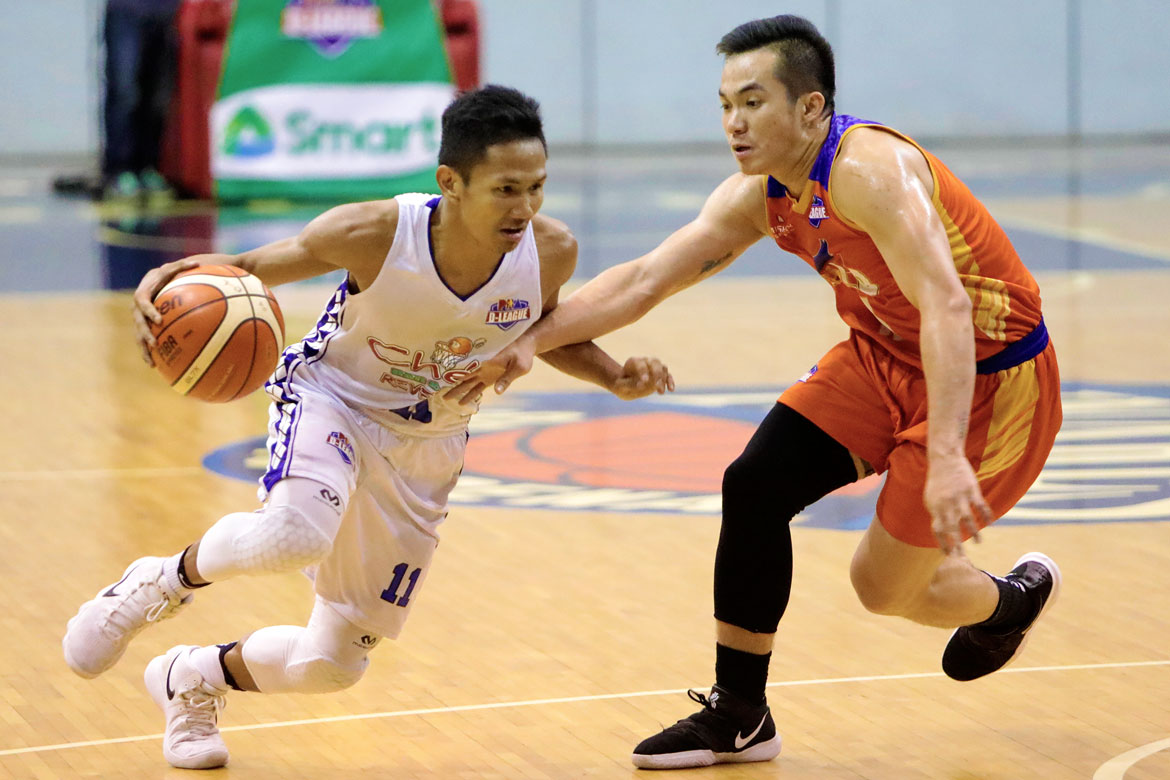 The Che’lu Bar and Grill Revellers just got served a taste of their own medicine in Game Three of the 2018 PBA D-League Foundation Cup Finals, Thursday.

The Revellers won Game One by coming back from 15 down, and the Go for Gold Scratchers made them feel what it’s like to lose in the same fashion by crawling from a 16-point deficit in the third quarter and emerge with a 98-96 victory.

The Scratchers had Paul Desiderio to thank for the win, as he scored eight of their last nine points, including the game-winning lay-up after attacking the defense of Levi Hernandez with over three seconds left to play.

But more than Desiderio and the Scratchers, the loss was largely due to Che’lu losing grip when Go for Gold stormed back – the Scratchers scored a whopping 35 points in the fourth alone.

Viernes could not provide a clear explanation for why they had lost, but he took all the blame for the defeat.

The Revellers’ backs are now against the wall, as they are down 1-2 in the best-of-five series, which means that a loss in Game Four on August 21, Tuesday, will lead to another wasted chance of winning the crown.