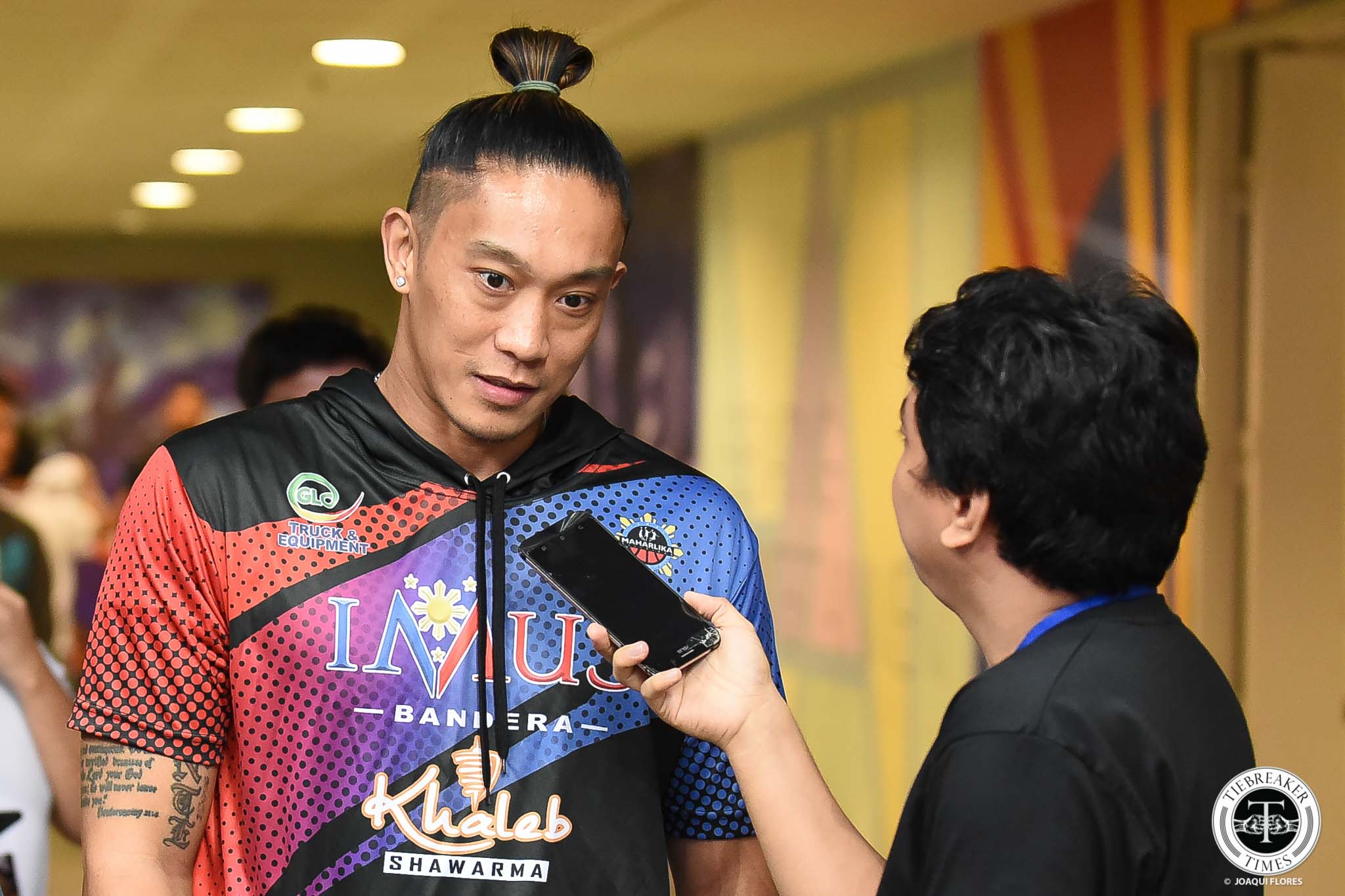 Jayjay Helterbrand called it a day two years ago.

The former PBA Most Valuable Player went off on a high note after the Barangay Ginebra Kings won their second straight Governors’ Cup crown back in Season 42.

During that time, he felt that he no longer has anything to prove.

But, never say die he said.

“Actually, I still got the passion for the game, I still love the game,” he shared.

“Just to make it simple and sweet, I just miss playing.”

Over the past year, Helterbrand, now 42 years of age, has been playing with the Barangay Ginebra Kings’ legends squad in the PBA-UNTV Legends Cup. And he has been putting up stellar numbers, including a triple-double during a rivalry game versus Purefoods last February 17.

Getting a chance to compete again reignited the fire underneath Helterbrand.

“I was playing with the legends group and I think that ignited me and got my juices flowing. It made me think that I can play again.”

That is why when MPBL club team Imus Bandera-Khaleb Shawarma/GLC Trucks and Equipments offered him a chance to have one last crack at glory for the 2019-20 Lakan Cup, he did not hesitate to say yes.

The kicker in all of this was that he has a chance to have a run with his good friend Jojo Cunanan.

“A big reason I got here is to play with a good friend of mine, Jojo [Cunanan]. I’ve known him for a long time and he told me, ‘Bro, we can finally play together.’

“They welcomed me with arms wide open. They have been so supportive. Even with just one practice, they’ve been really great. I’m really excited to play and be part of Imus,” he expressed.

Helterbrand though is tempering expectations in this campaign, saying that he is not trying to replicate his past glory in the nationwide-tourney. The Ginebra lifer’s role with the squad is to be a mentor to the likes of Gerald Anderson, James Martinez, Mikee Reyes, and JR Ng Sang.

But if he needs to step it up, Helterbrand declared that he is willing to do so.

“I’m just trying to win man. I told the other guys, I’m not here to like add to disparity,” he said.

“I’m just here to help the younger guys and guide them. Just trying to be a good example. Whatever I can add on the court is just a bonus. I’m not trying to do too much. I hope they understand that. If I’m called to do more, I’ll do it.”

The mental is still there for Helterbrand but he doesn’t know if the physical is, especially with the grueling MPBL schedule.

The local legend known as ‘The Fast’ though vows that he is committed to carrying the flag of Imus game in and game out.

“As of now, I don’t think honestly. I’ve only had one practice under my belt. Just from watching the games, this ain’t no joke because you’re going to be running up and down the court. There’s no way I can be able to keep up after two years. But it’s a long season so hopefully I can get in shape slowly and surely,” he admitted.