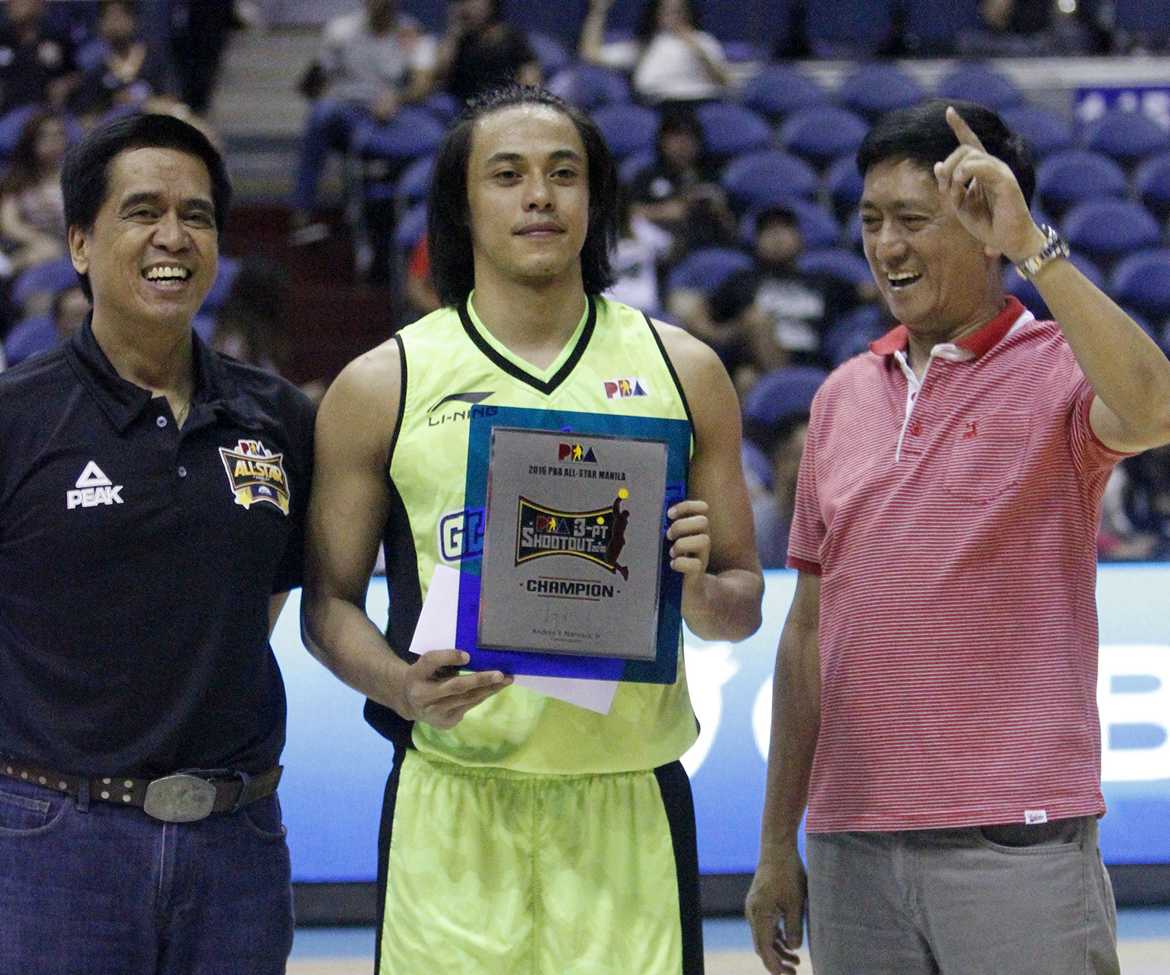 Each team fielded one player to represent their franchise in the three-point contest, bringing the number of competitors to twelve. With the high number of participants the shootout had, the competition also went high and intense.

Alaska’s RJ Jazul raised the curtains of the first round, and made his presence felt right away as he scored 22 points. Romeo, the fourth shooter, quickly erased Jazul’s lead by shooting his way to 24 markers. But, Mahindra forward Nino Canaleta proved to be the contest’s dark horse, using his sweet stroke to nail 25 points and sit atop the ranks.

The troika of Jazul, Romeo, and Canaleta made it into the final round. Jazul again went first in line, but continuous shooting took its’ toll on him and got the best out of him. The former Letran guard failed to outscore his 22 points and only scored 17 in the finals.

Romeo, in his turn, missed a few key money balls in the early goings, but made up for it in the last two racks to hit 20. Canaleta had chances to top the 20-point output the defending champion made, but he went a bit cold all through out and also made 17.

“Ni-relax ko lang ‘yung sarili ko,” said Romeo, when asked if pressure was seeping in through him with the challenge his opponents made.

Simon Enciso and Alex Cabagnot made the lowest scores in the contest, each scoring just 7. James Yap, one of last year’s finalists, fell short of making it again into the finals with 19.

The back-to-back three-point titlist will also take part in Sunday’s main event, the PBA All-Star Game between the North All-Stars and South All-Stars.