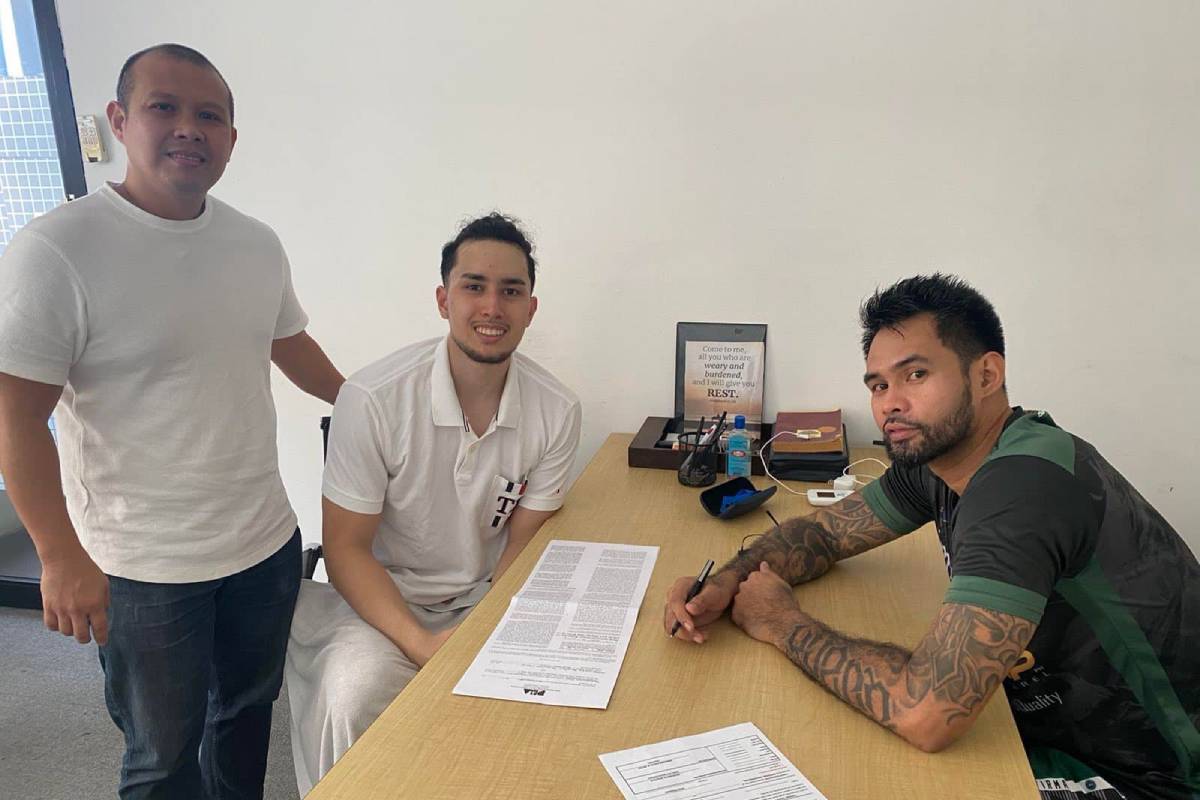 Terrafirma has locked Javi Gomez de Liaño to a two-year deal, Wednesday at the team’s homebase at Azure Residences.

The 6-foot-5 winger out of University of the Philippines was drafted as the eighth overall pick in the 2022 PBA Draft by Ginebra.

Two days later, he and Brian Enriquez were shipped to Terrafirma for no. 2 pick Jeremiah Gray.

And Gomez de Liaño has a chip on his shoulder as he enters his second year as a pro player.

“Coach John [Cardel] wanted me, so it’s a good thing for me, being in a place where I’m wanted. I’m happy.“

Allen Mina is also expected to be signed by Terrafirma today.