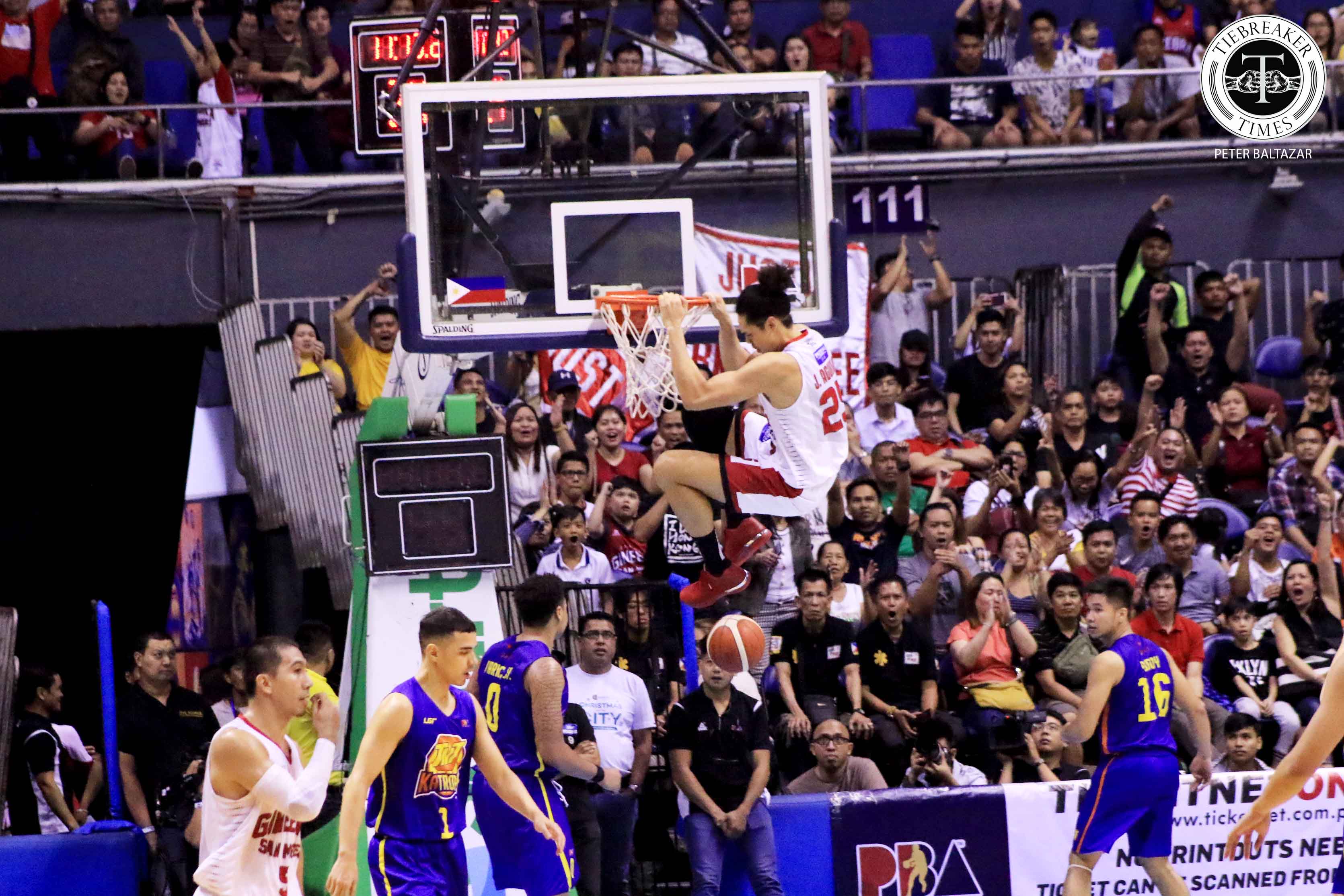 Japeth Aguilar made one of the biggest plays for Ginebra down the stretch versus TNT, Friday night.

After KJ McDaniels missed his second freebie with 10.3 seconds left to play — which could have tied the game at 94-all — the 6-foot-9 forward prevented the KaTropa from regaining possession by tapping the ball away over Troy Rosario.

The ball nearly sailed out of bounds along the right sideline, but LA Tenorio was there to save it. Justin Brownlee did not waste his teammate’s effort, catching the rock before winning a foul from McDaniels.

Brownlee calmly canned his free throws with 5.8 seconds left to widen the Barangay’s lead to three. The KaTropa then failed to tie the ball game as Ray Parks missed a trey.

Ginebra walked away with the 96-93 victory.

Aguilar was a major factor behind the win that hiked the crowd darling’s record to 6-3. It was not only the tap; he also produced 29 points on 13-of-16 shoooting alongside 10 rebounds to lead his team.

Coach Tim Cone, of course, was all praises to the second-generation cager from Pampanga.

“He had a great game tonight,” said the decorated bench tactician. “He was really active around the rim, putting putbacks, diving hard, getting a lot of cuts and dives. That’s truly when he’s at his best — when he’s doing stuff like that.

“His true game is really diving and cutting to the rim, and following guys to the rim and cleaning up the garbage, and he just did a tremendous job at it tonight. That’s what makes us really tough, it’s when he’s doing that kind of stuff.”

For Aguilar, he simply did his best to capitalize on the situation. He made his first start in this season-ending tilt since Greg Slaughter is out due to a thumb injury, and logged in 33 minutes — the most he’s had so far this conference.

“It’s been a while na nag-start ako,” said Aguilar, who’s currently averaging 14.3 points and 6.3 rebounds in the meet.

KJ McDaniels gives Brownlee high praise: ‘He’s one of the best I got to play against’