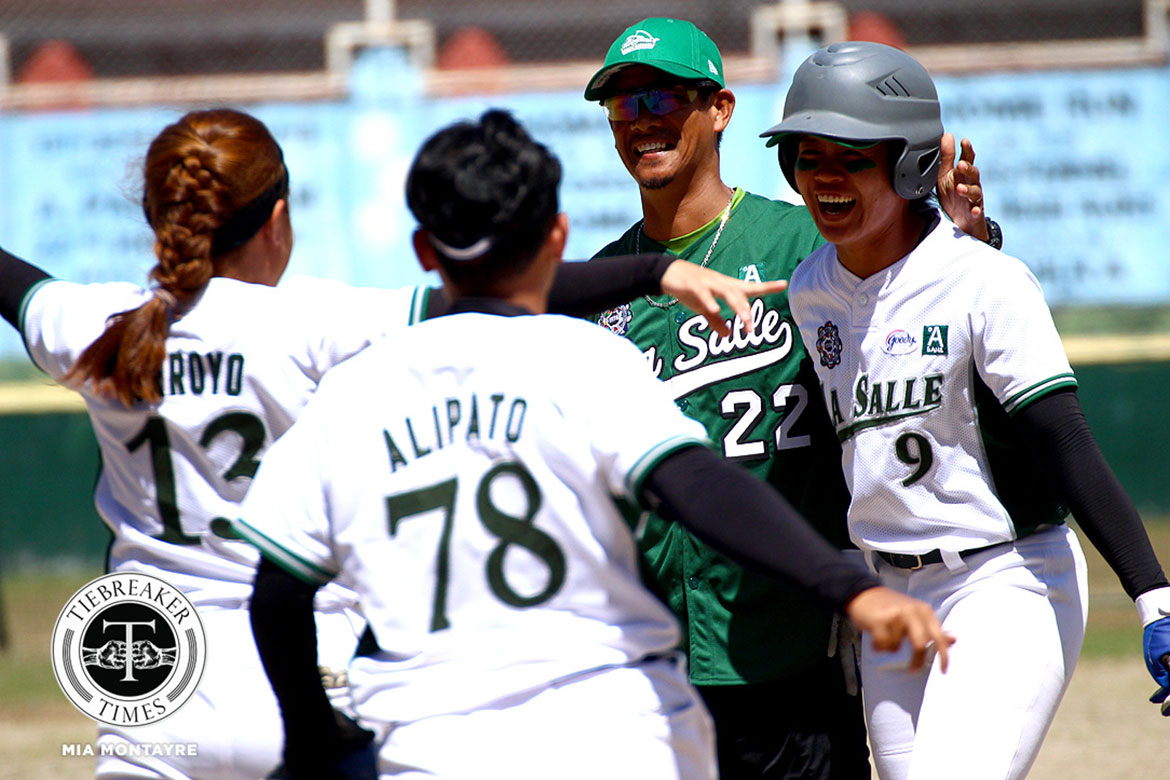 The De La Salle Lady Green Batters are in an unfamiliar but welcomed territory.

The Taft-based squad pulled off another close win as they denied the University of the Philippines an undefeated slate, 4-3, and instead took the solo lead themselves in a seven-inning tussle, Monday morning at the Rizal Memorial Baseball Stadium.

After the Fighting Maroons carved a two-run opening inning, the Lady Batters took to their defense to stop the latter’s lead from blowing up. The Taft-based squad then eventually took the advantage in the fourth inning.

La Salle reached base in their side of the fourth after three consecutive errors from the UP infield, which included a walk to fill up the bases. That turned out to be the cue for the Green and White offense to punch in run after run, to ultimately take the lead. Jamica Arriba and Kiana Juan crossed home to tie the count, before a Cherry Ejar fielder’s choice scored Rossel Dela Rosa for the 3-2 margin.

The Diliman-based side then leveled the match in the final inning after Blu Diolata advanced to first base then scored off a sacrifice fly off rookie Erika Olfato.

However, the Lady Green Batters had home advantage, as they snatched the win in their final turn at bat. An errant catch on first base gave Nica Velasco a hit and the first base, setting up for Aribas’ heroics. The senior standout sent the ball to deep left field. UP could not handle the ball as Velasco stepped home for the win.

As expected, head coach Jasper Cabrera was all smiles as he emphasized that every win is important. He said, “Ito talaga yung time na maganda yung start namin.

It will be Green against Blue on Thursday, as the Lady Batters stake their 2-0 record against the Ateneo de Manila University Lady Eagles at 1 p.m. On the other hand, the Maroons will try to bounce back against the reigning champions Adamson University Lady Falcons in a battle of old rivals earlier at 11 a.m.