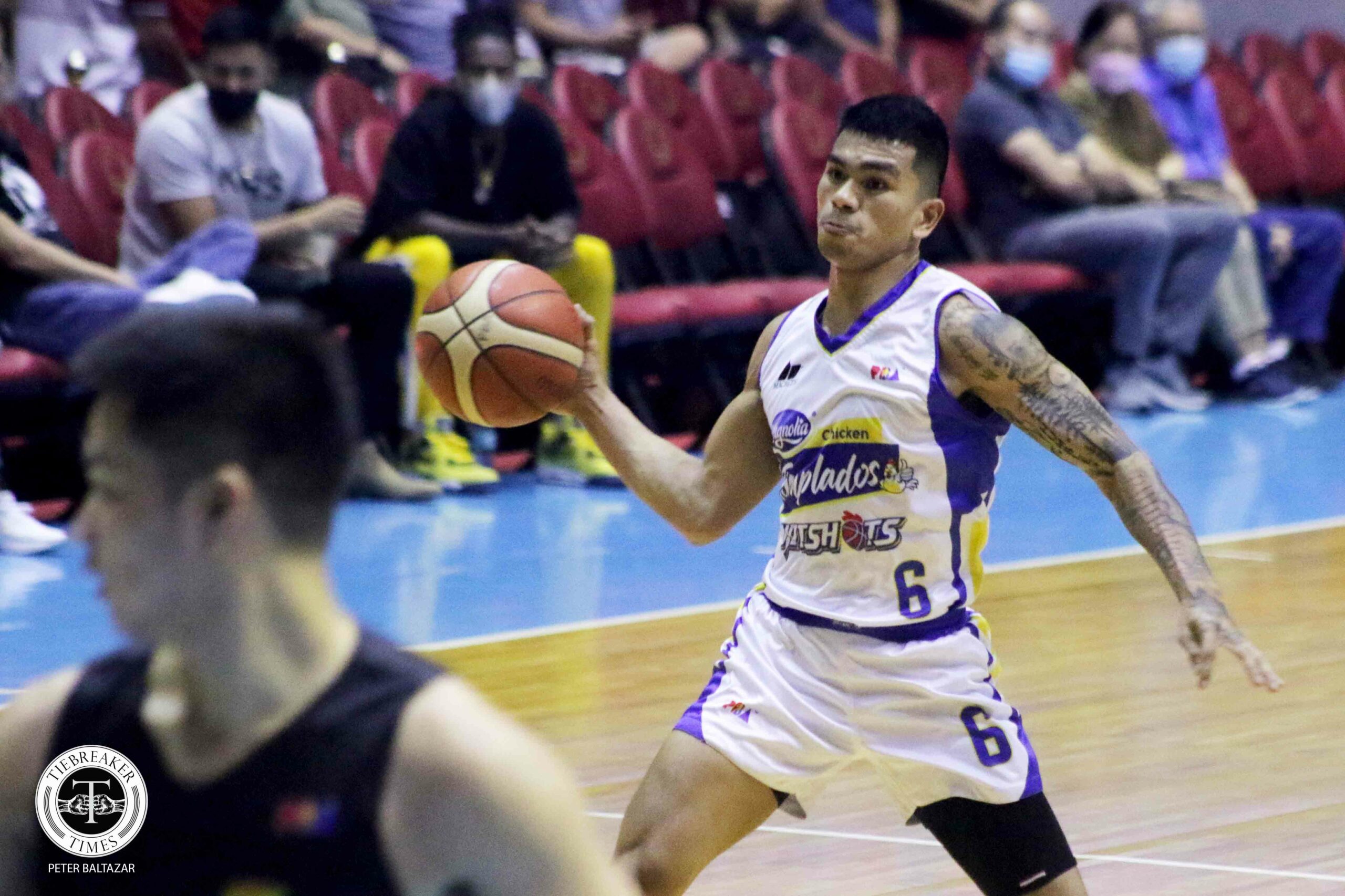 Jio Jalalon refuses to be held back by hamstring problems as he badly wants to help Magnolia keep its 2022 PBA Philippine Cup campaign alive.

The do-it-all playmaker was no longer fielded in the final period of the Semis Game Five on Friday as he aggravated the same injury that has been hounding him since their elimination round meeting versus Rain or Shine last July 20.

Good thing the Hotshots managed to come out triumphant against TNT, 105-97, to stave off elimination and extend their conference for a game at least.

The 30-year-old, according to Magnolia head coach Chito Victolero, actually wanted to return to the game. But the team deemed it best to save him for Game Six on Sunday, where they aim to push the series to a decider.

“Actually, sinesenyasan ako ni Jio na he wanted to play. But I felt if I had a chance today, I’d need him for Sunday. That’s why I didn’t force Jio to play in the last quarter, because ‘yun ‘yung tingin ko,” he said.

“Because if lalo lang ma-aggravate ‘yung injury niya, he will not have a chance to play on Sunday. So I wanted to save him,” added Victolero.

The Hotshots did give themselves that chance, with Mark Barroca and Paul Lee leading the way while their usual spark plug was on the bench. But Jalalon had already brought a significant contribution before sitting out.

He tallied 15 points on a 7-of-11 clip from the floor, which is his best scoring performance in the series thus far. It was, furthermore, his first double-digit output since finishing with 14 in the series opener last August 3.

Part of Jalalon’s motivation was the 2021 Philippine Cup Finals in Bacolor. There, Magnolia lost to TNT in five games. And that was something that he didn’t want to see happen again, a reason why he’s braving through the pain.

Magnolia now turns its attention to another important match on Sunday. And Jalalon vowed to play even if he does not feel at 100-percent.