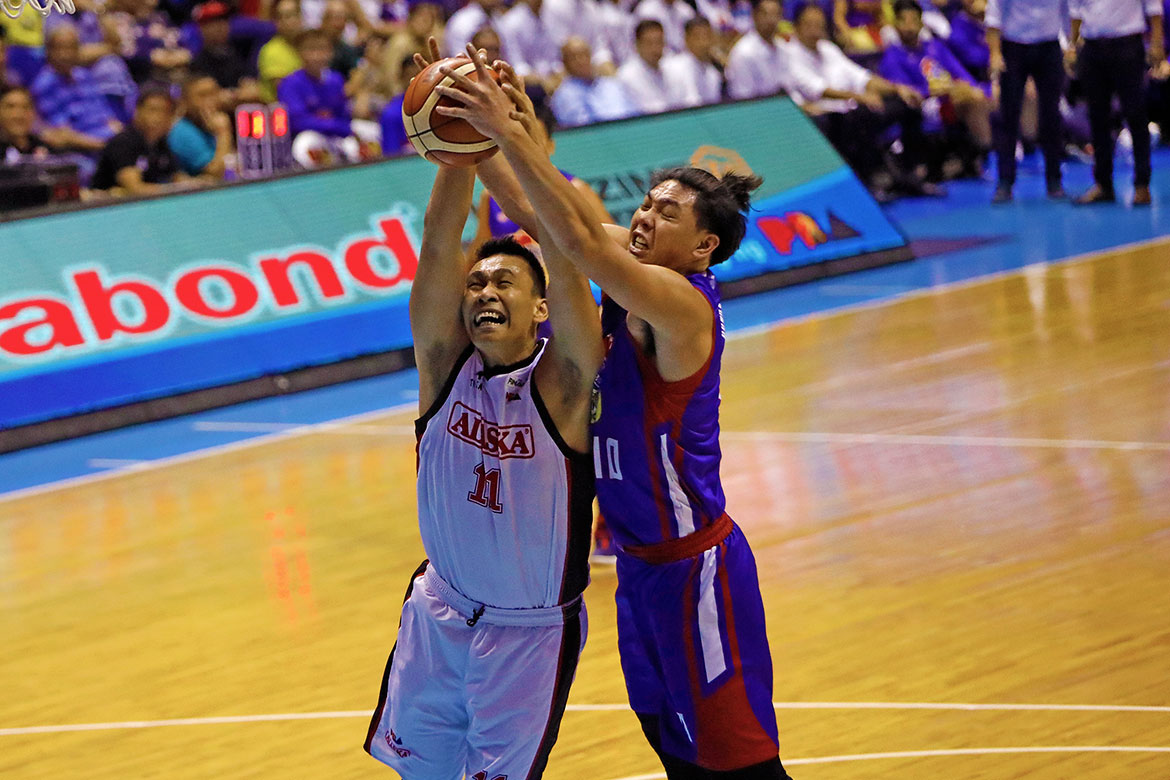 Back in Game Four of the 2018 PBA Governors’ Cup Finals last Wednesday, Jake Pascual was one of the Alaska Aces five inside the court who applied the finishing touches to their 90-76 win over the Magnolia Hotshots.

Come Game Five, Pascual overcooked his lay-up off a Kevin Racal miss with less than 25 seconds remaining, leading to an opportunity for Paul Lee and Ian Sangalang to connect on a three-point play with 18.7 seconds to go.

The Aces were able to regain the lead courtesy of Mike Harris’ charities with 11 seconds to play, but Paul Lee came in the clutch as he sank a leaning jumper off an offensive board to put Magnolia up with 1.3 ticks left.

It may have been a bad night for Pascual because of missed lay-up, since he could have given the Aces a four-point cushion. But that doesn’t take away the fact that the four-year veteran has been providing solid minutes in this series.

Pascual was averaging 4.5 points, 4.0 rebounds, 1.3 blocks, a steal and an assist each in the first four games. His best performance was in Game Four, where he finished with nine markers, five boards, and two dimes.

The Aces’ backs are now against the wall, since one wrong move could spell the end of their hopes of winning their first title since 2013. But for them, they’re just looking at the positives from the loss to bring into Game Six.