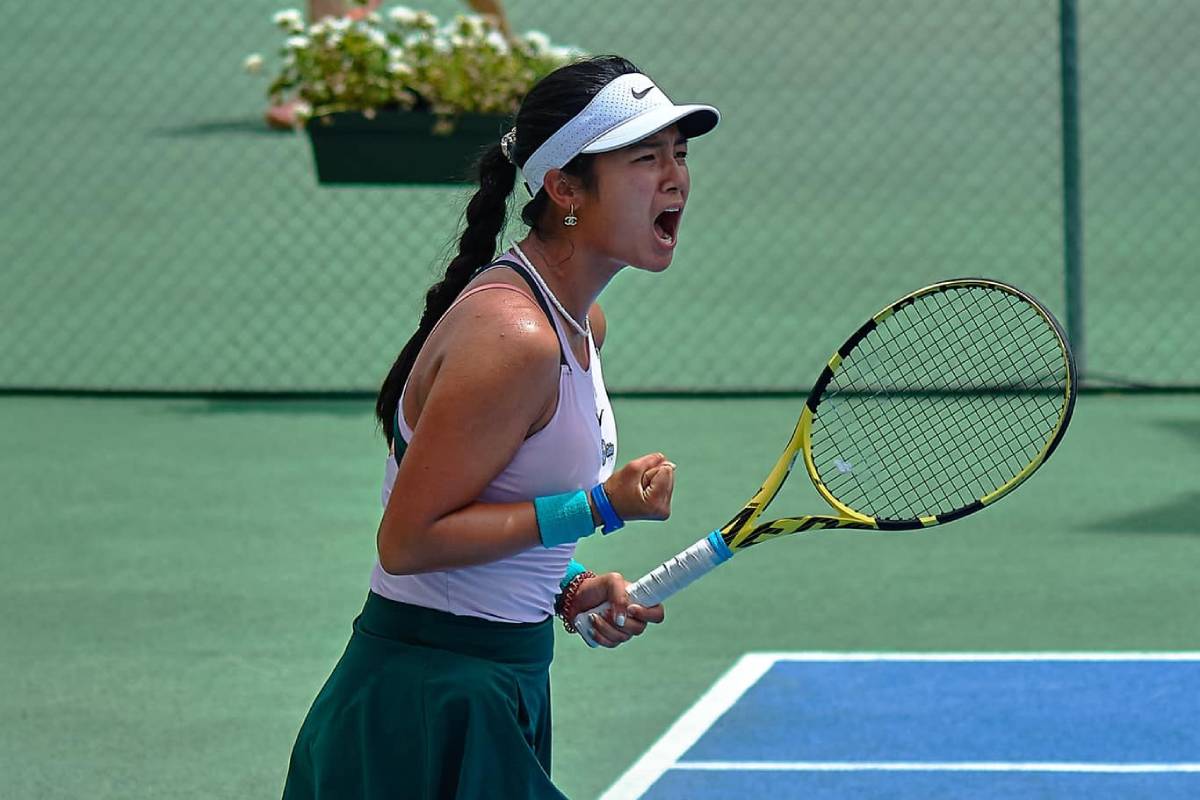 Alex Eala went through a wringer of a three-setter before prevailing over 22-year-old Eva Guerrero Alvarez of Spain, 6-3, 2-6, 6-2, in the opening round of the W25 Seixal Ladies Open at the Clube Recreativo e Desportivo Brasileira Rouxinol in Portugal, Thursday (Manila time).

Eala was mostly in cruise control in the opening set as she overcame a service break by breaking Alvarez’s serve three times. But the Spaniard came to life in the second set as Eala found herself in a huge hole at 0-4 after dropping serve twice. The Filipina strung together two games to get herself on the scoreboard at 2-4, but that was the closest that Alvarez would allow her.

The deciding third set initially shaped up to be a tight contest as the two protagonists exchanged service breaks in the first two games and remained tied at 2-all. The pivotal point came in the fifth game when Eala regained the lead by breaking serve. She would not let go of the driver’s seat from then on even as she had to go through over five deuces in the 10th game before closing out the set and the match at 6-2.

Eala advances to the Round of 16 where she will play 23-year-old Alexandra Bozovic of Australia at 5:30pm Thursday, Manila time.

Eala will take to the court again at 11:30 pm when she teams up for the first time with Filipina-Australian Lizette Cabrera as they face the top-seeded pair of Justina Mikulskyte of Lithuania and Hong Yi Cody Wong of Hongkong in the women’s doubles quarterfinals.

The 17-year-old Eala and the 24-year-old Cabrera won their opening round match via walkover against Brazilian Mariana Galvao Borges and Portuguese Maria Beatriz Teixera. Mikulskyte and Wong, meanwhile, drew a bye in the first round.

Eala is looking for a stronger performance in Portugal after her campaign last week at the W25 Open Generali Ciudad del Palma de Rio ended with a second-round finish in singles and a semifinal finish in doubles.