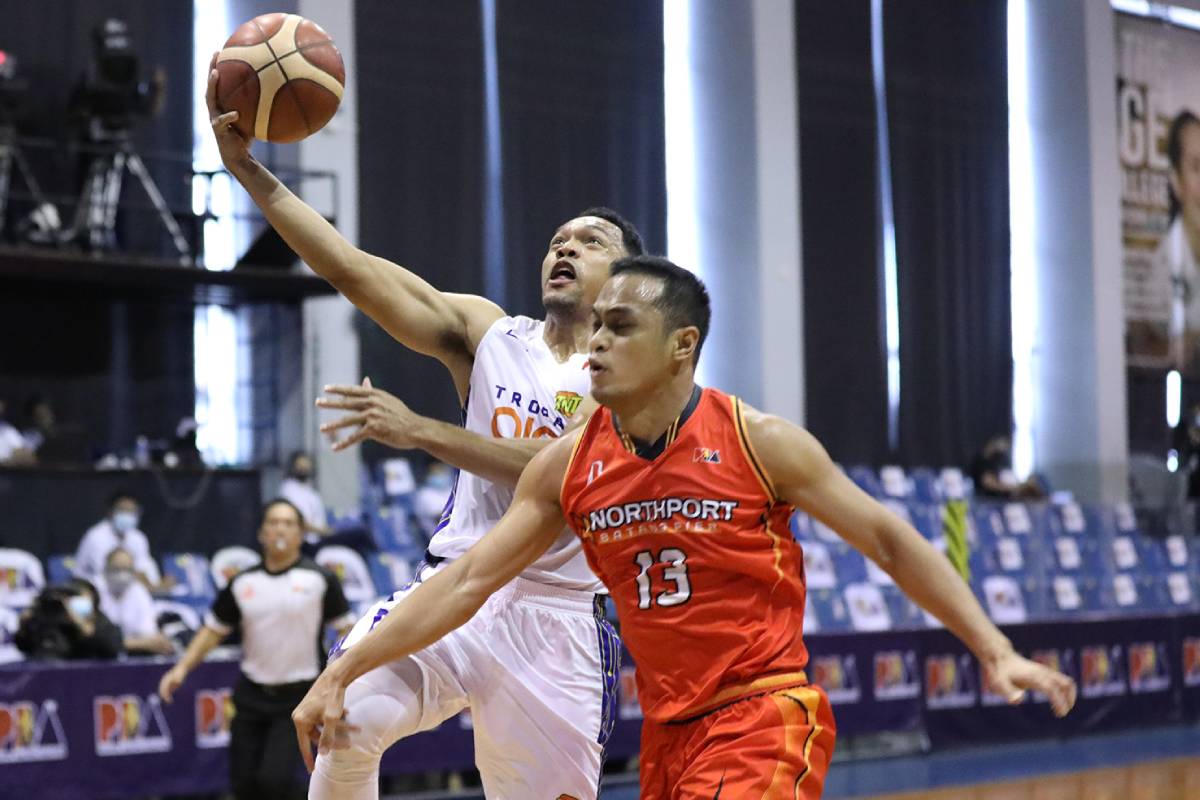 Jayson Castro only played nine minutes in TNT Tropang GIGA’s conquest of NorthPort Batang Pier on Tuesday, which brought them back on track in the 2020 PBA Philippine Cup.

That, after logging 32 minutes in their loss versus NLEX last week, where he had a game-high 27 points, eight rebounds, and five assists.

That marked Castro’s return to the fold after missing their game versus Blackwater as he experienced tightness in his calf pre-game.

Head coach Bong Ravena, however, was quick to allay fears that the 34-year-old suffered an injury versus the Batang Pier.

“The other players were contributing, so it helped us rest our key players,” the veteran mentor said moments after their 112-87 victory.

Five players finished in double figures in the win that clinched them a quarters berth, with Ray Parks, Roger Pogoy, and Troy Rosario leading the way.

The other two came from the bench. Jay Washington and Almond Vosotros each finished with 11 points, making the most of the minutes they were given.

Thanks to them, the starters got plenty of rest, which will help for their match versus Magnolia tomorrow.

“They helped the team. We played a lot of players, we rotated more players tonight, and it helped the other players that [usually plays] long minutes,” he said.

“So it really helped us a lot with their contributions. Malaking bagay for us, para sariwa pa sila tomorrow.”