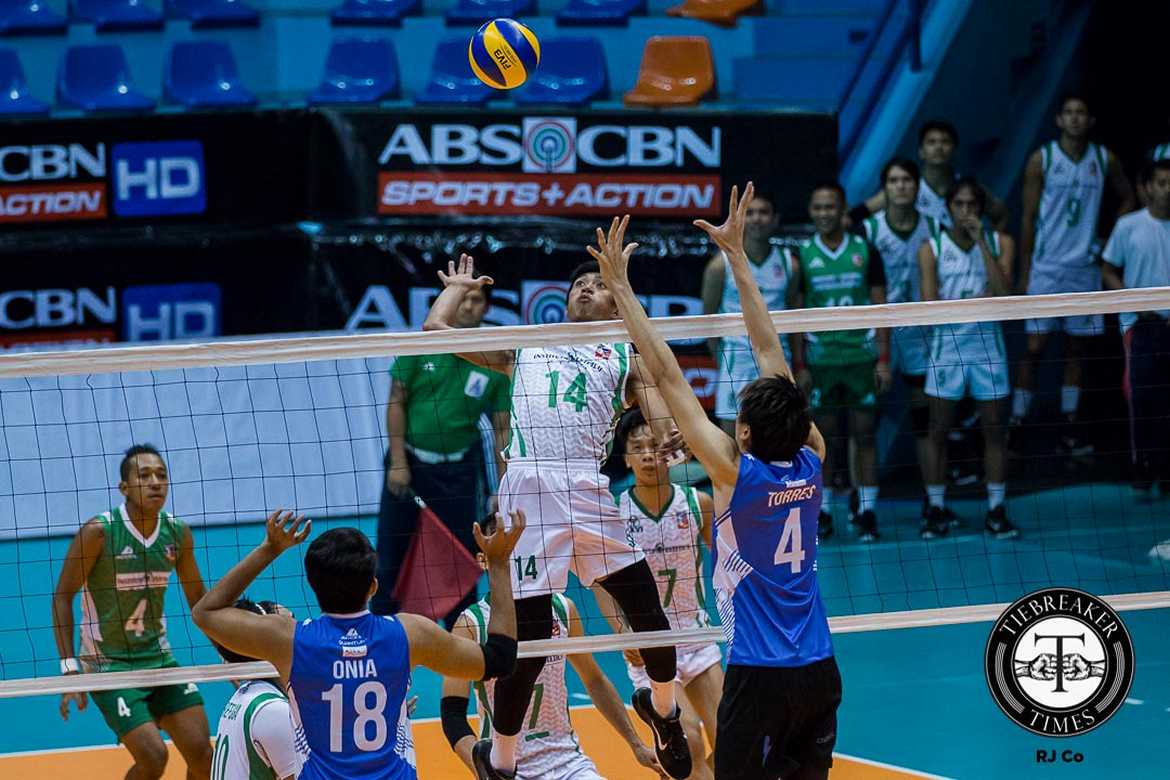 The IEM Volley Masters, behind spark plug Jason Canlas, were able to notch their second win in as much games in a four-set win against the Sta. Elena Construction Wrecking Balls, 18-25, 25-23, 25-17, 29-27, Wednesday afternoon at the Filoil Flying V Centre in San Juan City.

FEU Tamaraw Greg Dolor continued his splendid campaign in the Open Conference in scoring 19 markers, 15 coming from attacks and four from blocks. It was late-replacement Jason Camposano, a late-replacement for the injured Edward Camposano in the lineup, who stole the show with ten points with the majority coming in the clutch moments of the game.

After dropping the first set 25-18, the Volley Masters and the Wrecking Balls figured in a tight second set. With IEM holding a 21-20 lead, Jeffrey Jimenez scored from the block to spark a 3-1 rally to gain set point. Former King Bulldog Peter Torres tried to power Sta. Elena back to cut the lead to just one but a kill by Dolor tied the game at a set each.

It was all IEM in the third set. IEM held a 16-14 lead midway through the set before the duo of Jason Canlas and Dolor unleashed an 8-1 rally to gain set point, 24-15. Jerome Sarmiento and Joven Camaganakan tried to salvage the set but Karl Dela Calzada connected with an emphatic kill to end another set.

With the game on the line, former King Lion Rocky Honrade pumped up his troops in displaying the energy his team lacked in the middle sets. Both teams did not give way as the set went into a deuce.

“We are expecting that coming from Mr. Honrade. Talagang malakas yung intensity niya and it’s understandable since they wanted to win,” Laniog shared. “Sabi ko lang huwag kayo magpaiwan sa energy. If he showed that kind of energy, pantayin natin.”

A cannon by Camaganakan tied the game at 26-all but was answered right back by an off-the-block attack by Canlas. With the game tied at 27-all, Jason Canlas was able to gain the advantage for IEM while an erroneous set by Den Relata led to a free ball for the Volley Masters. IEM then concocted a great combination play the saw Edan Canlas go for the kill to win the match.

IEM (2-0) can clinch the second semifinals spot with a win against the Bounty Fresh Flying Griffins on Saturday, June 11. Sta. Elena, on the other hand, look for their first win on Monday, June 13 against the Philippine Navy Sailors.