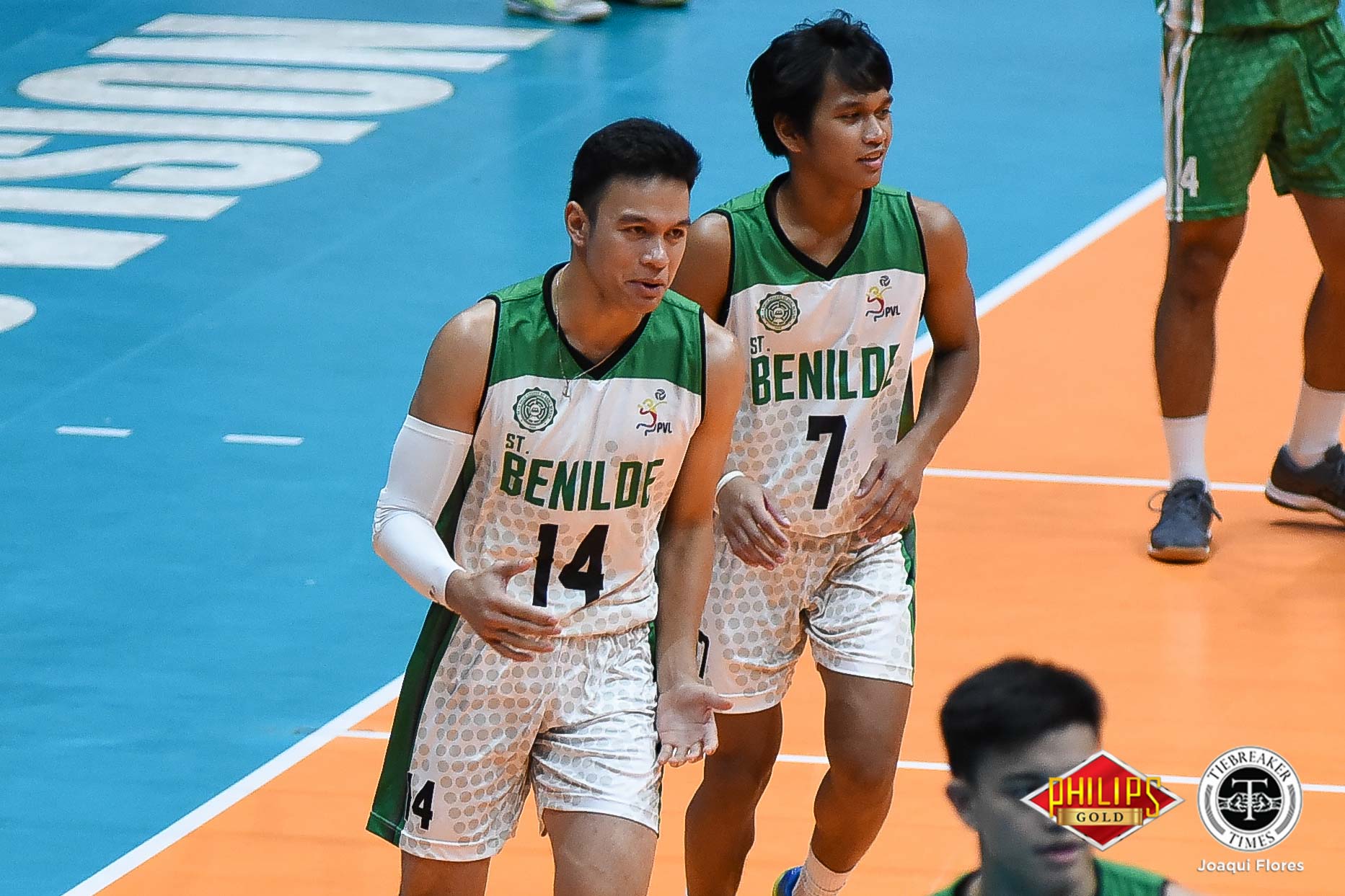 The College of Saint Benilde Blazers have a knack at starting their years on a rousing note and 2019 is no different.

The second-running Taft-based squad needed just a little over an hour to stifle the Lyceum of the Philippines University in three sets, 25-16, 25-19, 25-23, to inch closer to one of the four semifinals berth of the NCAA Season 94 men’s volleyball tournament, Friday afternoon at the FilOil Flying V Centre.

Paced by their middle blockers, captain Francis Basilan and second-year Joshua De Sequera, the Blazers bagged their fifth win in sixth outings to keep in step with the defending champions University of Perpetual Help System DALTA Altas. Basilan finished with 10 points off seven attacks and three blocks, as De Sequera ended with identical total on six spikes and four rejections.

He also added that the team worked on their consistency, especially that the next few games will be crucial to their bid to get at least one of the two twice-to-beat incentives, if still applicable.

READ  SMART Gilas to use the same roster versus Chinese-Taipei

Jomaru Amagan and Melver Lapurga combined for 30 points to lead the pride on offense. The Mendiola-based squad also edged out the Knights in all scoring skills despite some problems on defense.

Tim Cone not closing doors on Jett Manuel: ‘If he gets bored, he can go back to our army’