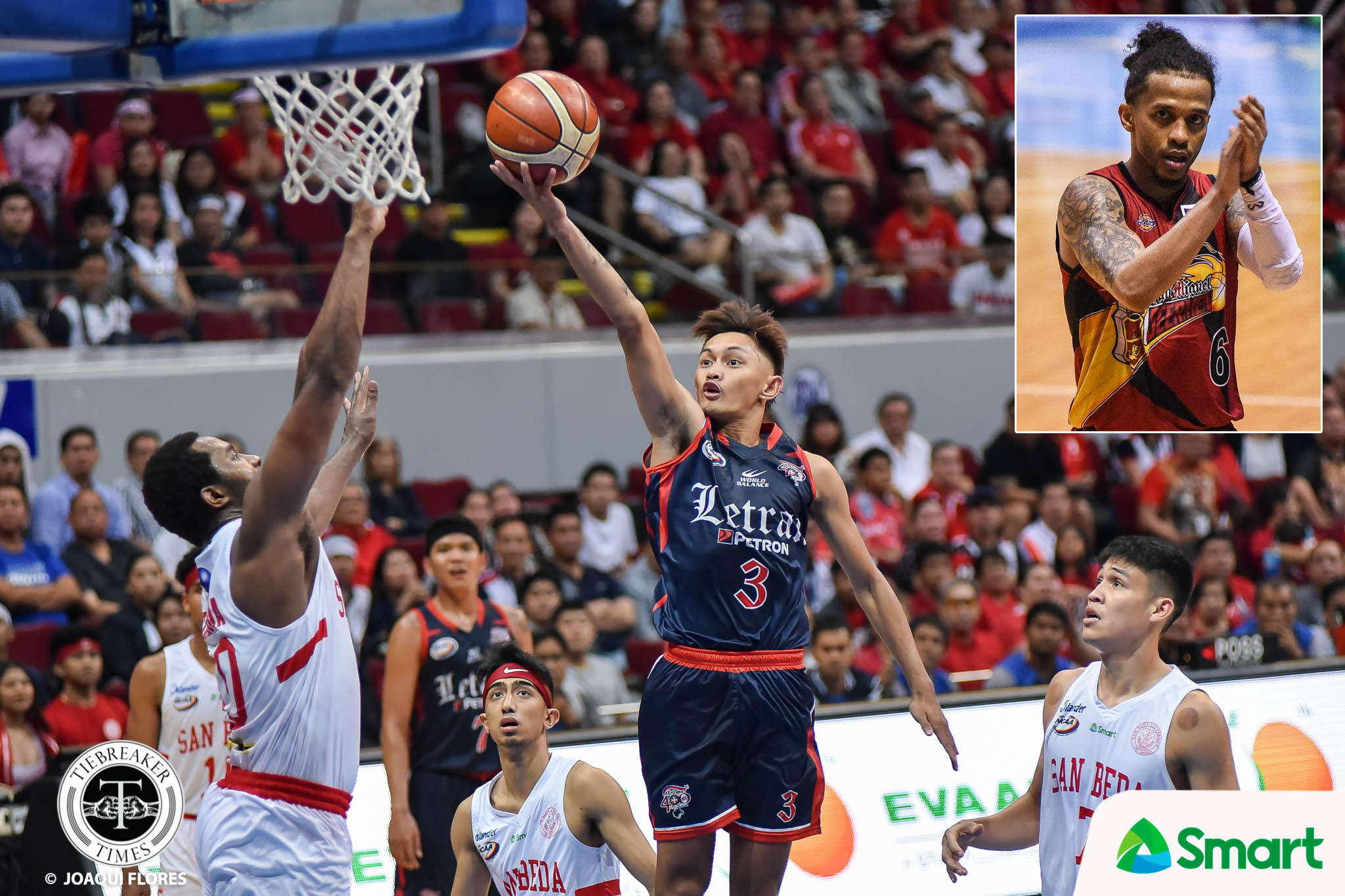 Besides showing off his offensive prowess during the NCAA Season 95 Seniors Basketball Stepladder, Fran Yu has also been one of the defensive cogs for Letran.

But it’s not because the skinny 5-foot-10 point guard is a defensive stopper.

Even against the frontlines of San Sebastian, Lyceum, and San Beda, Yu has been playing beyond his height, averaging 5.33 rebounds per game during that stretch.

Again, Yu did it in the biggest of moments for Letran against San Beda during Game One of the Finals, Tuesday.

With the Knights holding a solitary point lead, Calvin Oftana missed a crucial triple with a few seconds left. Against the likes of Donald Tankoua, and teammates Ato Ular and Larry Muyang, Yu soared through the air for a rebound that practically sealed the game and a 1-0 lead for Letran.

Besides Thompson, Yu has been patterning his game after 2017 Commissioner’s Cup Best Player of the Conference Chris Ross.

When Ross heard about this, he immediately went on social media, reaching out to his followers to connect him with Yu.

“Finish the job!! One more win! Someone tag him. Have him DM me.”

And if Ross ends up mentoring Yu, the rest of the Grand Old League will have a harder time stopping him.