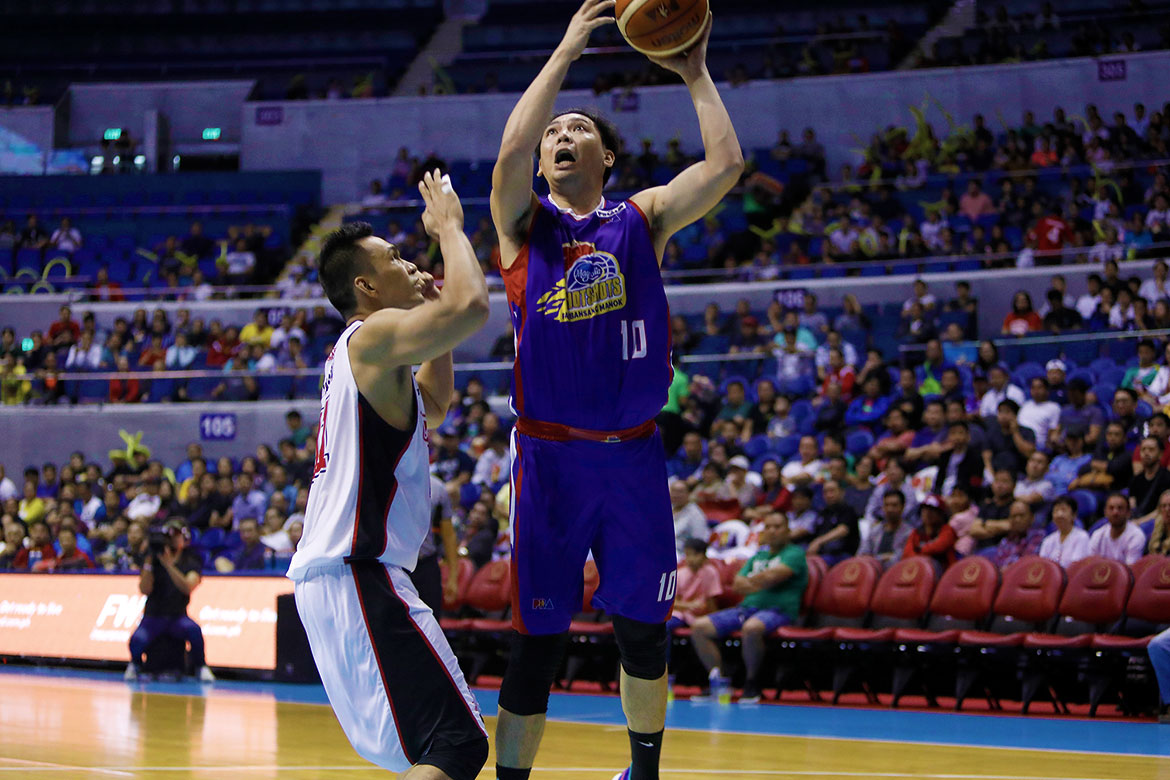 After going on a high in the first two games of the 2018 PBA Governors’ Cup, the Magnolia Hotshots figured in two straight losses.

If those two games were a struggle for the Hotshots, the series itself has been a plight for Ian Sangalang.

During the first four games of the best-of-seven championship round, the 6-foot-7 big man, who has a feathery touch, was only putting up 9.8 points (shooting just 35 attempts) and 4.8 rebounds.

But with the series knotted at 2-all, the five-year pro needed to make adjustments in his game.

Sangalang stepped up in the opening half alone, scoring 13 points to help Magnolia erect a lead that went to as high as 17 points.

But Alaska mounted a furious third quarter comeback with Sangalang limited to just two points in that frame.

The three-time PBA champion though wanted this one badly. With 18.7 seconds left, Paul Lee was able to find Sangalang underneath for an and-one play that put the Hotshots up 77-76.

Alaska import Mike Harris though was able to score on the other end to give Aces the lead back.

Then, one of the wildest moments in PBA Finals history happened.

In a designed play by Chito Victolero, Romeo Travis powered through the paint and was able to get there. However, his shot was swatted away by Harris.

But as the ball flew through the air, Kevin Racal dove for the ball, trying to tap it to the other end of the court. Right at that moment, Lee snatched the ball from Racal’s fingertips. From there, Lee ran to the baseline, freeing himself up for a jumper with 1.3 ticks to spare.

It served as the game-winner for the instant classic.

And Sangalang, who ended up with 20 points on 8-of-13 shooting and six rebounds, could not help but be proud of the stand put up by Lee and the Hotshots.

The Hotshots know full well that the toughest game is the potential title-clinching one. But the Magnolia lifer is just excited to finally have a chance to end the franchise’s four-year title drought.

Paul Lee’s game-winner was ‘God’s will’