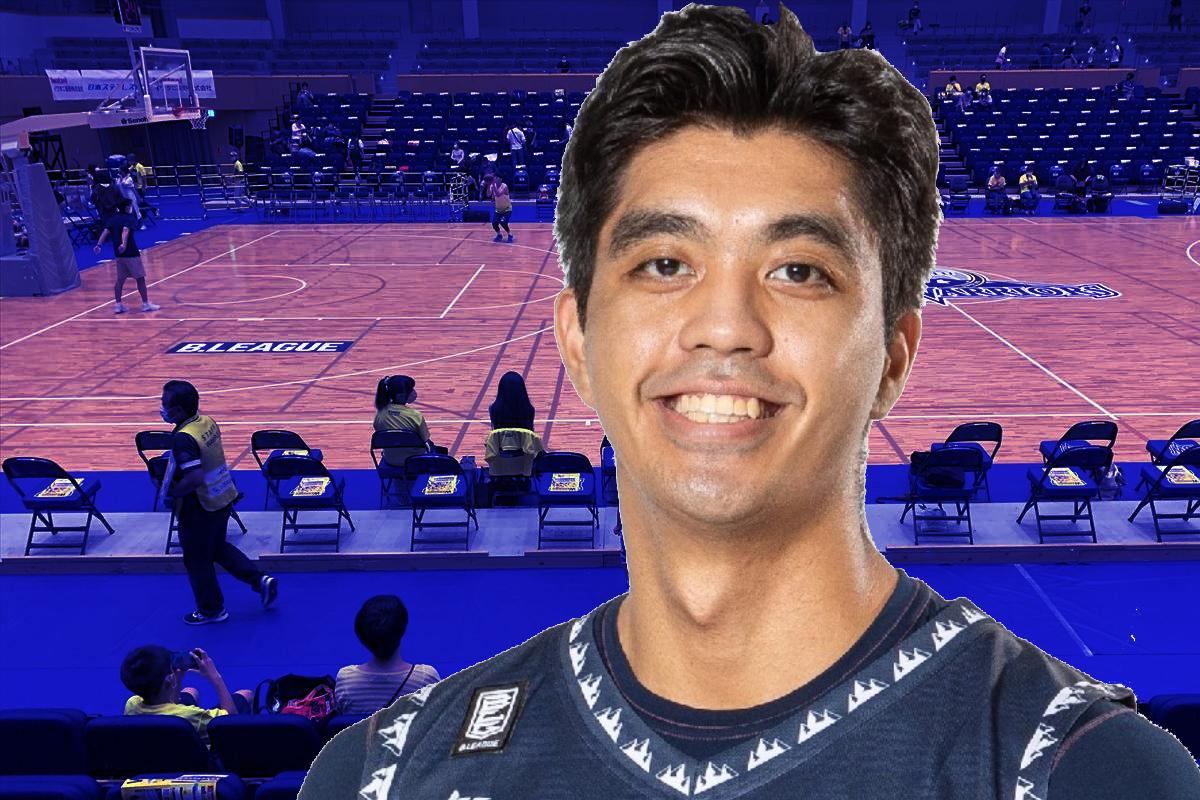 Matthew Aquino was a sought-after player by Japanese teams.

Despite putting up pedestrian numbers in both his stay with National University (UAAP) and Bacoor (MPBL), the second generation cager still stood at 6-foot-8.

Besides being a towering figure, Aquino also possesses one thing that none of his peers have – a Japanese passport.

Yes, the son of Marlou is one-fourth Japanese because of the mom of his mother, whose surname is Toma.

“Grandmother ko is Japanese. Then napasa sa mom ko and then sa akin,” shared the 25-year-old, adding that he never used that passport ever but kept on renewing it just for the sake of it.

Aquino did not have enough game footage to send to the B.League teams when his uncle helped him out, though.

Just two months ago, he only had one offer, a short-term deal with Division III squad Tokyo Hachioji Bee Trains.

With no good offers coming, Aquino decided to remain with Sta. Lucia, who will play in upstart amateur league Filbasket. He later planned on entering the 2022 PBA Rookie Draft.

“May kinausap na ko sa Japan before, around August, but wala pa akong agent nun,” he recalled to Tiebreaker Times. “It was a B3 team. ‘Yung tito ko helped me. Pero I decided to stay na lang for Filbasket.”

But then, an unexpected message came.

Better Basketball PH’s Patrick Tancioco suddenly inquired about his status. Aquino and Tancioco had not met before.

“Then around August, nag-reach out sa akin si Coach Patrick (Tancioco) of Better Basketball. Sabi niya, there are teams in Japan looking for a big man.

“He referred me to Sir Tim (Edwards) of Seigle Sports and Entertainment and Sir Rados (Drljevic) of 3&D Basketball who helped me look for a team,” he shared.

Apparently, it was not just B3 teams that are interested in Aquino. Tops on the list were B1 squads Chiba and Shinshu.

At the end of the day, Aquino chose to sign for three years with the Brave Warriors.

He silently flew to Japan two weeks ago and received clearance to join the team last Tuesday.

Aquino, of course, knows that getting signed is just step one. And over the next three years, he vows to prove to Shinshu that they made a worthy investment on him.

On top of that, he gets to be in his mom’s home country for the first time in his life.