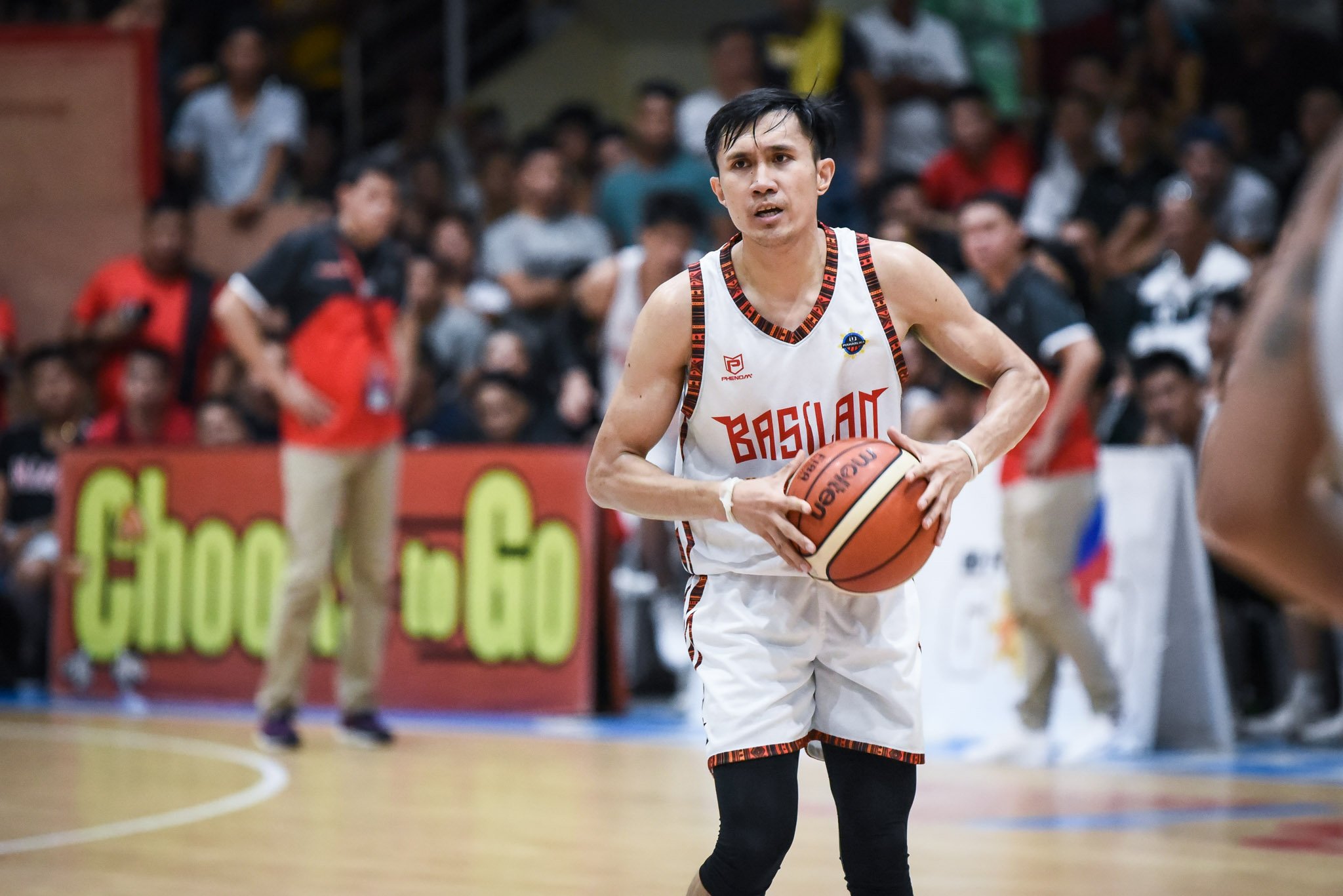 After all, the third-ranked assist man in the league failed to deliver the goods for the Steel last Thursday.

The 5-foot-9 guard played one of his worst games of the season, tallying only two points on a poor 1-of-6 clip, three assists, and three rebounds laced with three turnovers. Basilan could not overcome the Gab Banal-less Bacoor City, absorbing a 69-80 loss, which forced a decider to be played on Friday.

“Siguro half to blame ako sa pagkatalo kasi I wasn’t able to set up my teammates well.

“Araw nila. It’s tough, it’s big. Siguro personally I have to take this loss personally. They came out strong, I’m out of words really,” said a frustrated Gabo, who has been averaging 8.3 points and 7.6 assists in the season.

Bacoor came out of the gates waxing hot, taking command in the first three quarters. It even led by as much as 27 points, 37-10, in the second period.

Basilan, though, did not go down without a fight. The Steel unfurled a 25-10 rally in the fourth to slice the once 22-point hole to just seven markers, 69-76, with 1:21 remaining in the game. But that was the closest they could get, as the Strikers went on to lock the series at 1-all.

“Even though na-down kami ng almost twenty-seven points, kahit ganun na ‘yung lamang, optimistic kami na we’re still gonna get the win e. Up until the last second, we were still trying to catch up, but we fell short,” shared the 26-year-old Gabo.

The 5-foot-8 guard out of Mapua now vows to come out stronger in Game Three, promising to find a way to get the rock to his teammates.

“On offense, I really have to find a way to orchestrate, how to make them follow all the coaching staff’s instructions. Sa defense siguro I have to be the spark plug, palit mukha ba sa depensa,” opined Gabo.

In the other semis match-up, Davao Occidental-Cocolife eked out a 62-58 victory over Zamboanga-Family’s Brand Sardines to claim the first slot in the South Division Finals.