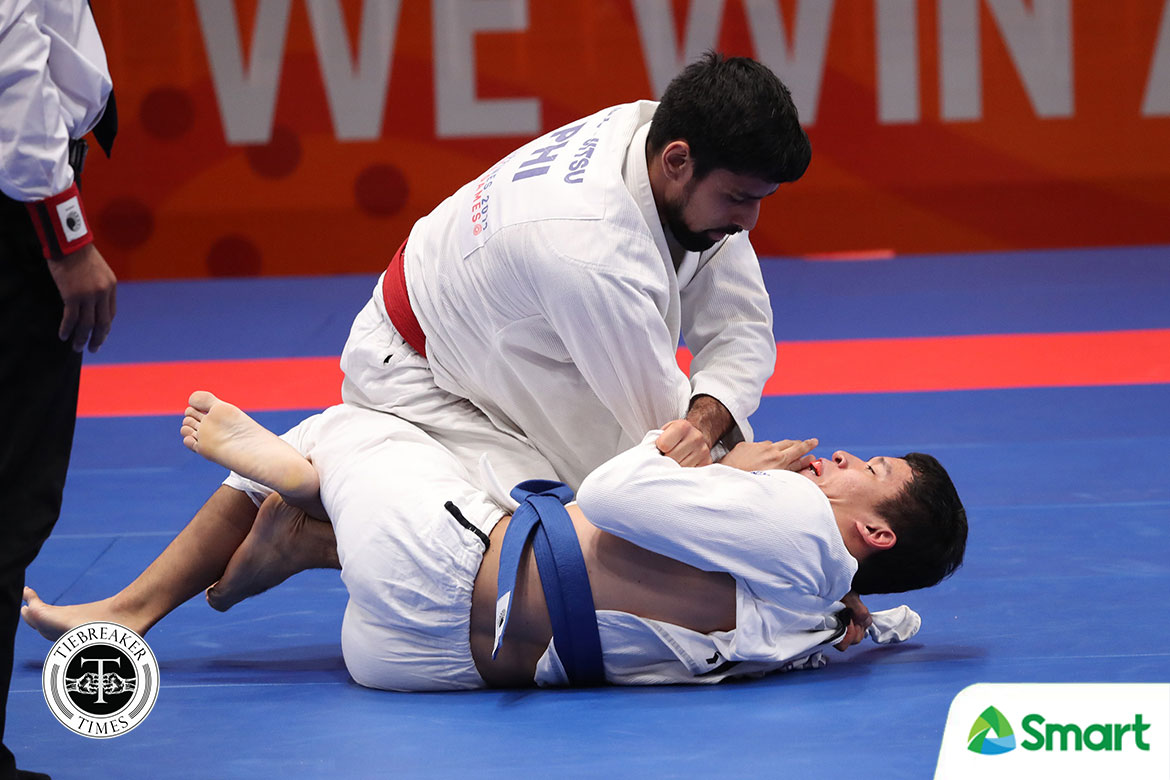 The 31-year-old, who had a 15-centimeter height advantage, patiently worked his way out of his opponent’s guard, eventually locking a quick armbar to secure the tap-out at the 1:17 mark of the bout.

“I was patient, stuck to the game plan care of our brilliant coaches, played it smart to ensure the win. And when the opportunity arose, I went for the armbar,” said the grappler, who trains out of Atos-Ateneo.

In the semis, Guggenheim grounded Singapore’s Yan Wei Kwan to win via points, 2-0.

Luigi Ladera and Peter Meimban, however, could not pluck gold in their respective divisions.

Ladera — who was able to make it to the 94kg finals by shutting out Vietnam’s Duy Thanh Le 25-0 — was stifled by Thailand’s Natdanai Netthip to settle for silver.

Meimban, on the other hand, fell to Indonesia’s Muhammad Noor in the semis of the 120kg, 0-14, to settle for bronze.

The first-ever foray of the country’s premier jiujeteiros in the regional meet ended up with five golds.

“It’s an awesome privilege for all of us to be representing the country. It’s the first time, it’s part of history,” closed Guggeinheim.