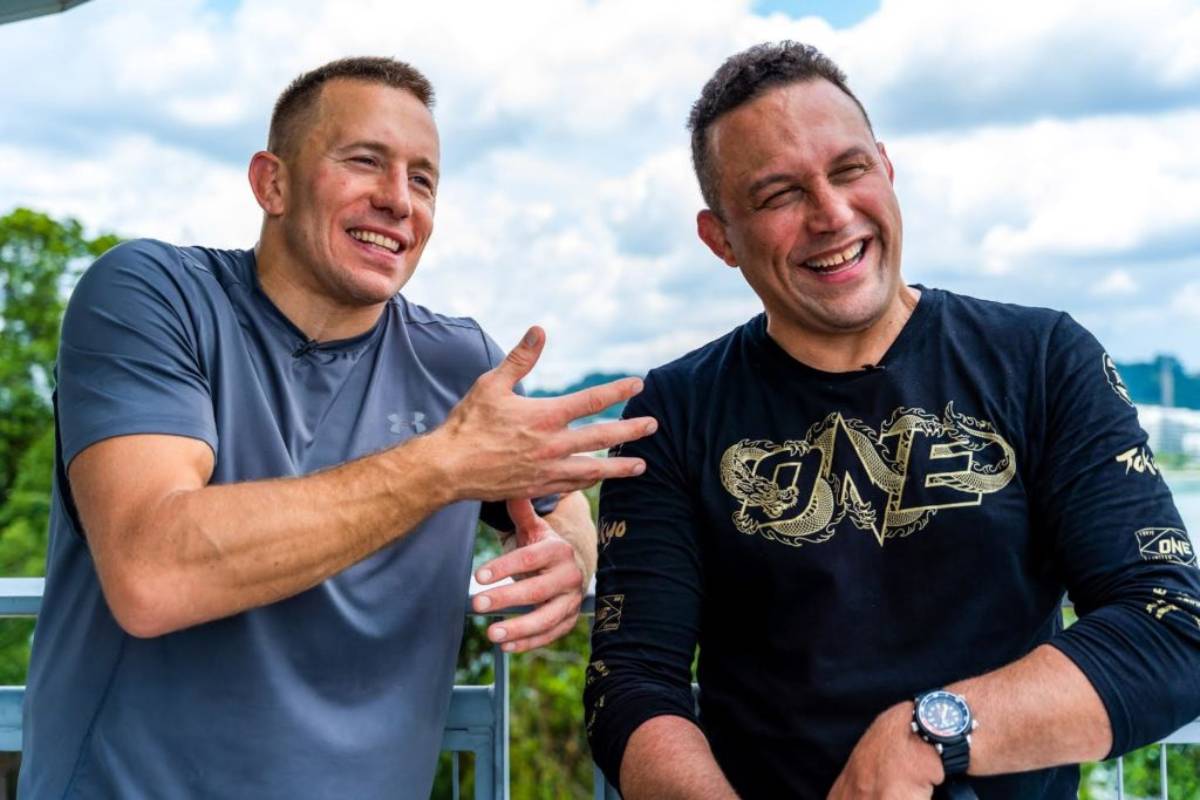 There will be no shortage of stars when the second episode of “The Apprentice: ONE Championship Edition” airs tonight.

The legendary duo Georges “Rush” St-Pierre and Renzo Gracie will join ONE Chairman and CEO Chatri Sityodtong to test the 16 global candidates in this week’s physical challenge.

Naturally, local candidates Lara Pearl Alvarez and Louie Sangalang feel excited to meet the legends, especially since both stars have inspired them as martial artists.

“I’m really excited to meet GSP,” Alvarez said. “I’m a big fan. He’s such a big name, and you know that he has many supporters here in the Philippines, including the likes of kuya Geje [Eustaquio].”

There’s no denying the impact that both St-Pierre and Gracie have had in the world of martial arts.

GSP is one of the greatest of all time in mixed martial arts. He dominated the welterweight division for years, before moving up and winning a World Title in the middleweight division. He later retired.

Gracie, on the other hand, is a pioneer of the sport. He has been competing for more than three decades both in mixed martial arts and Brazilian Jiu-Jitsu competitions.

He also found great success as a coach, opening the Renzo Gracie Academy in New York back in 1996. Now it’s one of the biggest academies in the world, with affiliate gyms on different continents.

Before the show, Sangalang named three men he feels most excited to meet. Now, in this episode, he’ll get to cross out two-thirds of his wishlist.

“I would love to meet the legendary champions like GSP and ‘Mighty Mouse’ (Demetrious Johnson). They are what I call the cream of the crop in MMA, given their credentials and what they have done in this sport,” Sangalang said.

“I am also excited to actually meet coach Renzo Gracie. He’s one of the most respected [martial artists] in the world, and in my time he was really active.”

Find out if the pair impress their idols when the second episode airs on AXN tonight at 8:50 p.m.

It will also air on One Sports on Monday at 9 p.m.

Read More About “The Apprentice: ONE Championship Edition”:

Meet The MMA Legends Who Will Appear On ‘Apprentice’ Episode 2

Off To The Races: Recapping Episode 1 Of ‘The Apprentice’