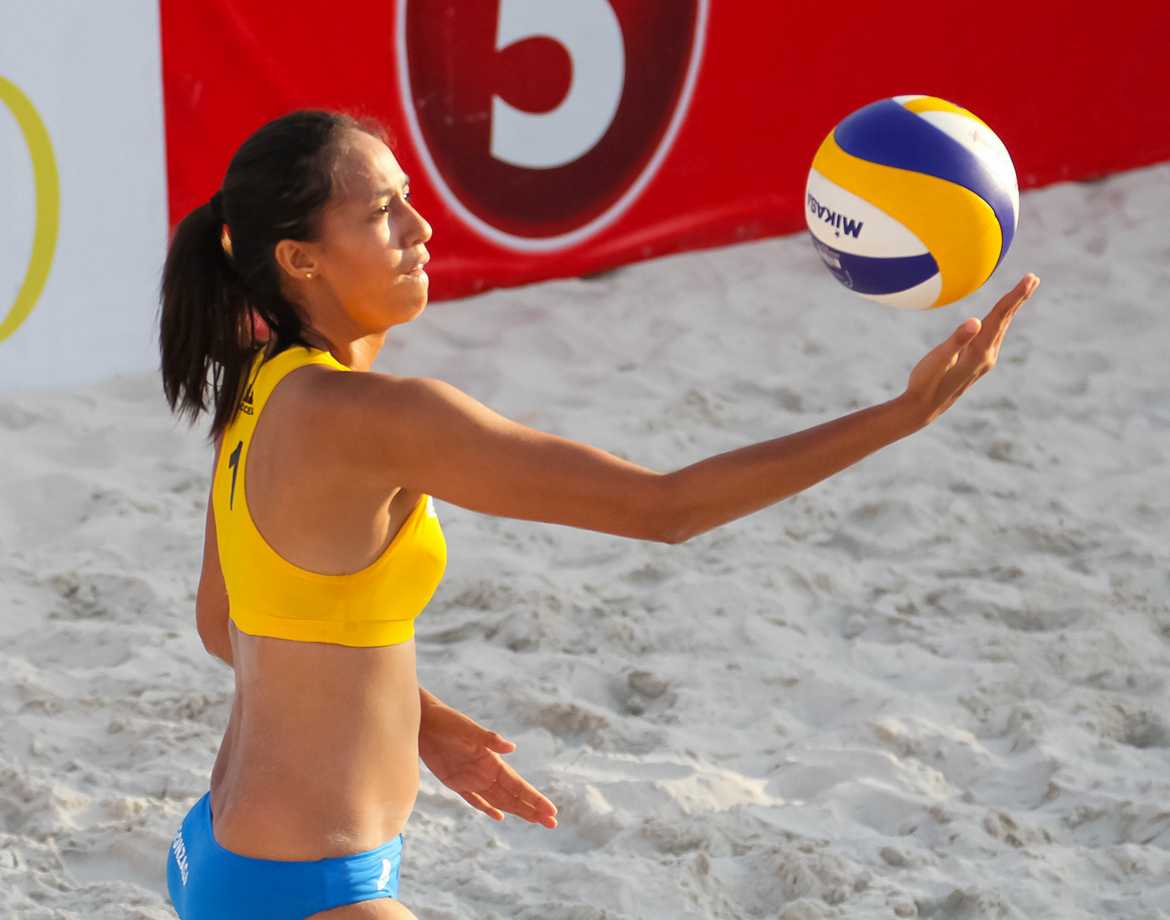 The RC Cola-Army A duo of Jovelyn Gonzaga and Nene Bautista secured a ticket to the quarterfinals after sweeping Meralco’s Jonafer San Pedro and April Ross Hingpit, 21-17, 21-16, in Day 2 of the Philippine Superliga Beach Volleyball Challenge Cup 2016 Saturday at the Sands SM By The Bay in Manila.

Army threatened to pull away in the first set after taking a 12-6 lead, but Hingpit and San Pedro made use of well-placed shots to pull within 2, 13-11.

The score in the opening set was still close at 18-16 but a service error by San Pedro followed by hits from Bautista allowed Army to escape, 21-17.

In the second set, San Pedro scored a hit to pull Meralco within 17-14, but Bautista once again answered with a flurry to help Army complete the sweep.

Army A topped Pool D with a 3-0 slate, while Meralco bowed out of the tournament as they only garnered one win against two losses.

Foton’s youthful tandem of Cherry Rondina and Patty Orendain continued to roll in the tournament, scoring an impressive 21-9, 21-8 win over Petron XCS’s Bang Pineda and Aiza Maizo-Pontillas to top Pool C with a 2-0 record.

Maizo-Pontillas opened the first frame with back to back aces, but Foton answered with eight straight points to take control, 8-2. Rondina continued to rack up points off well-placed shots after that point, as Foton’s lead grew to 16-5.

Foton’s dominance continued in the second set as they completed a sweep. Petron XCS will finish with a 1-1 record in the group, good enough to advance to the quarter-finals.

Three straight aces by Gendrauli set the tone for what was an easy win for the Cargo Movers, as the team went up 16-9 in the opening set. The team continued to attack Navy B’s poor reception, and took the next set as well.

The fate Navy B suffered was the opposite of what Standard Insurance-Navy A’s Pau Soriano and Norie Jane Diaz accomplished, completing a sweep of Pool A after winning over UE’s Angelica Dacaymat and Jasmine Alcayde, 21-8, 21-11.

Like in the F2 Logistics-Navy B match, Navy A was just superior from the service line, doing damage to pull away from UE.

Action in the men’s division of the tournament also started, and Philippine Navy squads were victorious on opening day, combining for four wins.

In Pool B, the Navy A duo of Nur-amin Madsairi and Roldan Medino weathered back-to-back three-setters to likewise top the group with a 2-0 card.

Qualified teams for the quarterfinals: 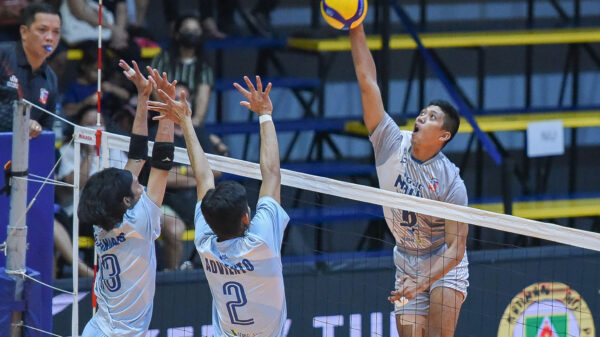 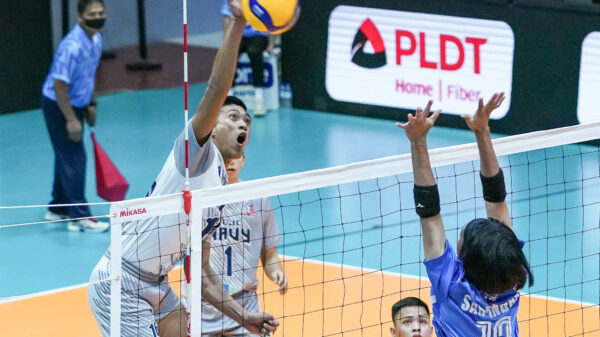