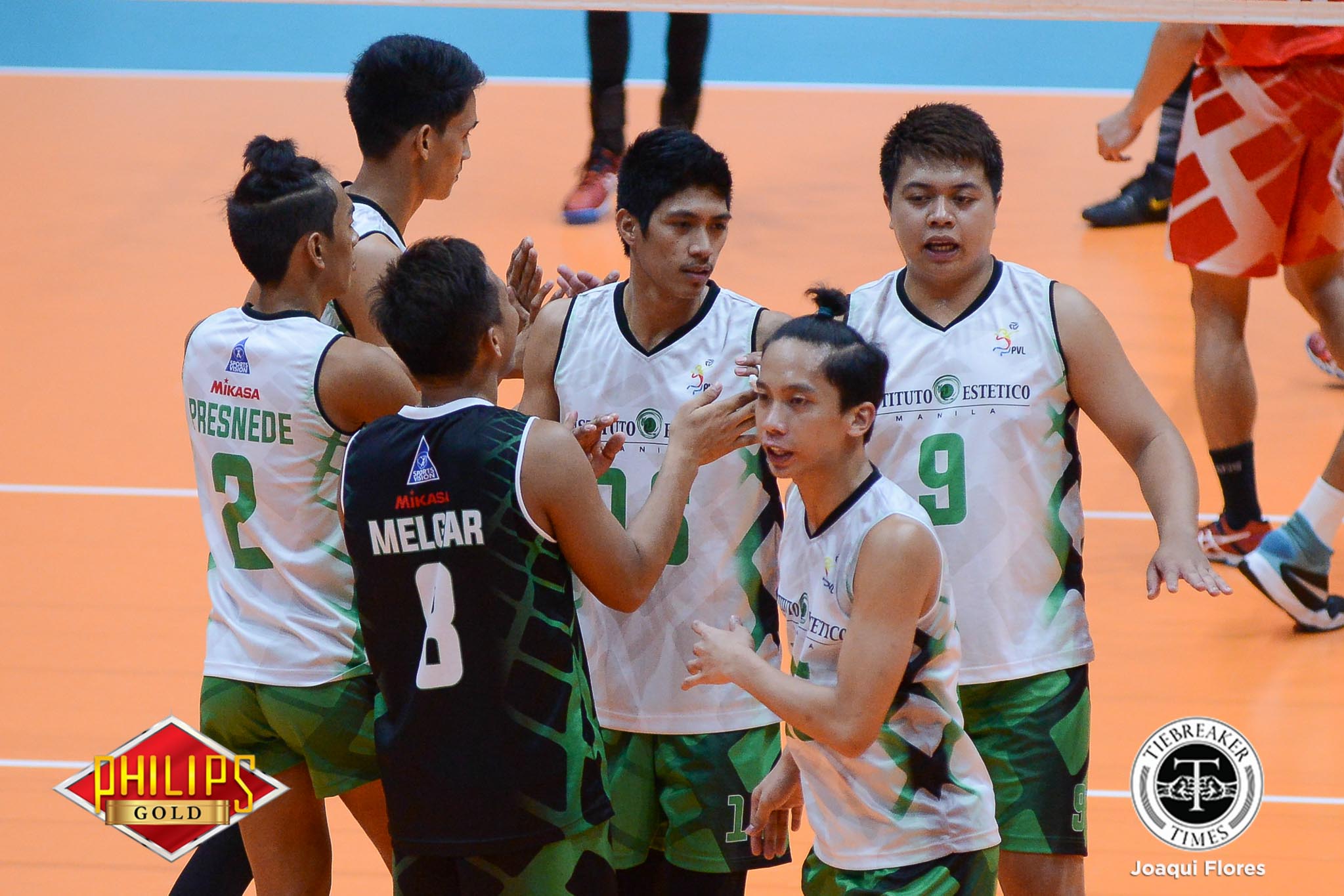 The Instituto Estetico Manila Phoenix Volley Masters picked up their first win in the Open Conference, winning at the expense of the winless Café Lupe Sunrisers in straight sets, 25-18, 27-25, 25-19, at the Filoil Flying V Centre in San Juan City.

Mark Enciso and Kurl Rosete led the charts with 12 points each.

Even if they dominated most of the game, coach Renz Ordonez is still not satisfied.

Café Lupe threatened in the second set, as Carlo Sebastian’s service game proved to be difficult for the Volley Masters to receive, resulting in three consecutive service aces to bring the Sunrisers up by two, 22-24. IEM’s Rosete was able to stop the bleeding and after few exchanges of points and errors that forced a deuce, the Volley Masters bagged the second set by capitalizing on Cafe Lupe’s errors.

The Volley Masters continued to do damage in the third set as they held on to their momentum. IEM finished the third set and the match, 25-19, and handed Cafe Lupé their second loss in the tournament.

IEM were able to successfully block eight attacks this match and will try improve their blocking game as they will face Gamboa Coffee next on July 12.

On the other hand, Cafe Lupe will seek their first win in the tournament on July 15 versus powerhouse Air Force. – By: Danine Cruz