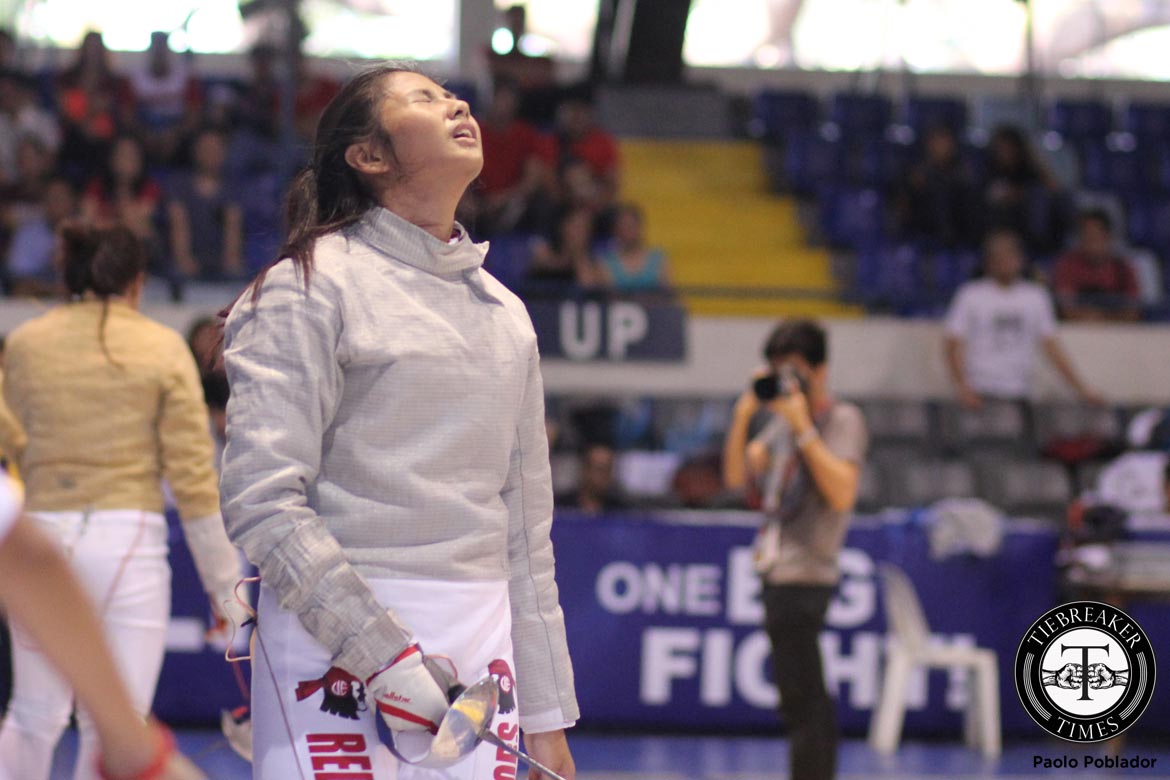 Despite the challenge and scare given by the opponents, a true champion emerges from such adversities.

In the final event of the women’s division, the women’s team sabre finals showed the story of the whole season. At the end of it all, University of the East Lady Warriors remained steadfast to their billing as Queens of UAAP Fencing. The UE sabreuses defeated University of Santo Tomas Lady Tiger Fencers, 45-42, in a classic of a gold medal bout.

Before the two met in the Final, they went through similar dominating routes. The Thomasians drubbed the De La Salle University Lady Green Fencers, 45-34. The Lady Green Fencers eked out a 45-42 decision over the University of the Philippines Lady Maroons in the quarterfinals to face UST. In their semifinals meeting, individual gold medallist Maylene Pailma led the comeback for the Tigresses over La Salle, as the former went 8-for-8 bouts after dropping the first.

On their part, the UE Lady Warriors shook off the slim one-point lead of the Far Eastern University Lady Tamaraws. FEU failed to threaten the reigning champions and UE took over the match starting with a solid 6-0 bout win of single-play silver medallist Nicole Cortey over FEU’s own Nicole Lanon. From there, UE won the match with a 45-32 score line.

In the Final, it was UST who started the match on the right track with anchor Pailma, until Cortey turned the game around for UE. The Tigresses again threatened UE with Cherie Manago and Pailma at the helm, creating raucous noise at the Blue Eagle Gym from the golden side. Ultimately, Cortey, with ample support from the other events’ gold medallists, foil’s Justine Gail Tinio and epee’s Keren Pangilinan, reigned supreme over the opponents, 45-42. On her part, Cortey was able to deny Pailma a gold-medal sweep for UST in the sabre events — and gained a measure of revenge on her loss in the individual showdown. This classic finale was but a fitting ending to a historic unprecented run for UE: 9 straight UAAP Fencing Tournament championships.

And indeed they did it and Pangilinan left a lasting legacy she hopes will continue. “Sana next season, 10-peat na kami kahit wala na ko. Alam ko namang may mga malalakas pa,” the season MVP ended, as if to state a warning for next season.