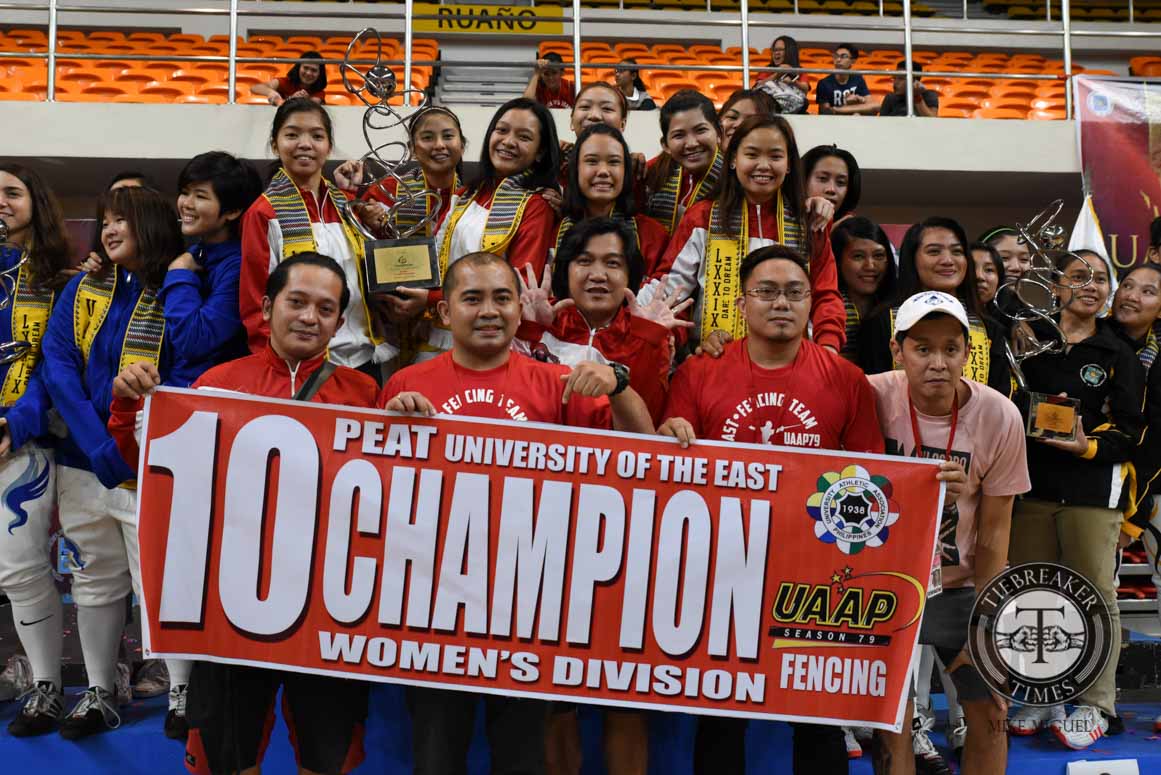 With the title still up for grabs until the last day of the competition, it was the dream of a decade-long dynasty that prevailed.

The University of the East Lady Warriors shook off the scare of two other universities to stamp their dominance in UAAP women’s fencing, taking their tenth consecutive title, Saturday at the University of Santo Tomas Quadricentennial Pavilion Arena.

The Ateneo de Manila University and University of Santo Tomas crowded the then-nine-time champions with a gold medal each, trailing the latter by just a mint, prior to the championship’s last day.

The result is a sweep of both the epee and sabre team events. The Lady Warriors fittingly upended the championship contenders Ateneo and then UST, respectively, to seal the reign extension.

La Salle and UST picked up the bronzes in the epee three-woman play, while UP and Ateneo took the ones for sabre. Graduating Ateneo fencer Andrea Ignacio saved her best for last after carrying the Lady Eagles in all the three weapons. Her efforts of bringing back the Loyola-based school to the podium earned her the Most Valuable Player award.

READ  Manuel on last game: 'The sweetest farewell was seeing support for the team'

Even as the decorated UE team captain leaves the UAAP piste, she believes that her teammates have what it takes to prolong their dynasty.

Simon finally returns after weeks on the sidelines