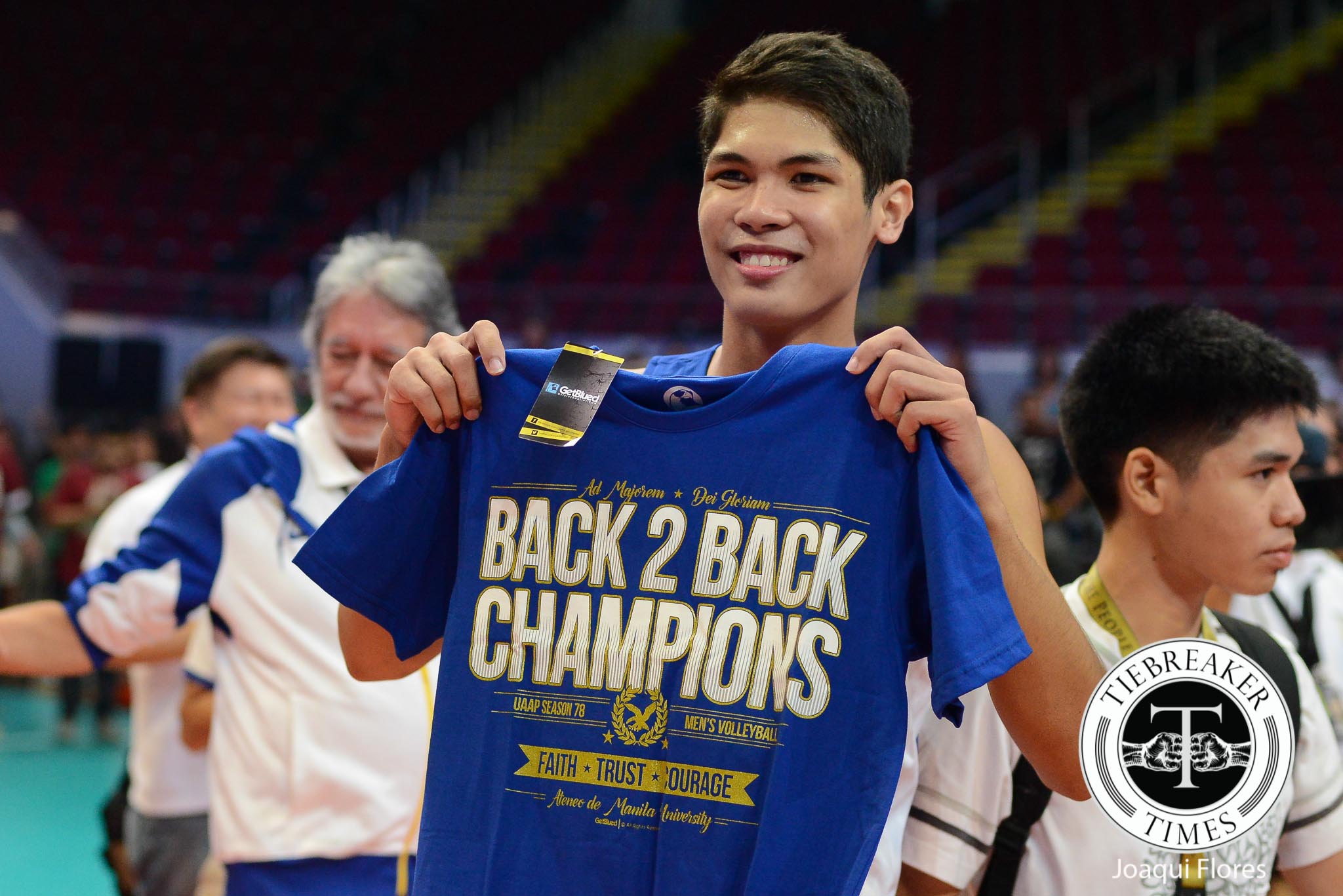 In his three years playing for the Ateneo de Manila University Blue Eagles, Marck Espejo has achieved a lifetime’s worth of accolades.

While most athletes target and keep track of their trophies, Espejo doesn’t even know how many awards he has in total.

Recruited out of Marikina, Espejo has led Ateneo to heights the program previously had not reached: the Blue Eagles had never reached the Finals before Espejo’s arrival.

No matter how many times you ask him, Espejo will insist he doesn’t aim for individual awards or recognition.

He, and the rest of the Blue Eagles, bought into head coach Oliver Almadro’s team first mantra. Almadro came into the team at the same time as Espejo.

Espejo credits most of his success to batchmate and setter Ish Polvorosa. The Cavite-native has won the Best Setter award for three straight seasons as well, tossing dynamically to keep the opposing defense on their heels.

For now, Espejo will bask and enjoy his championship. However, he is still pushing himself for another golden run next season.

Fighting Maroons return to the final after overpowering Growling Tigers