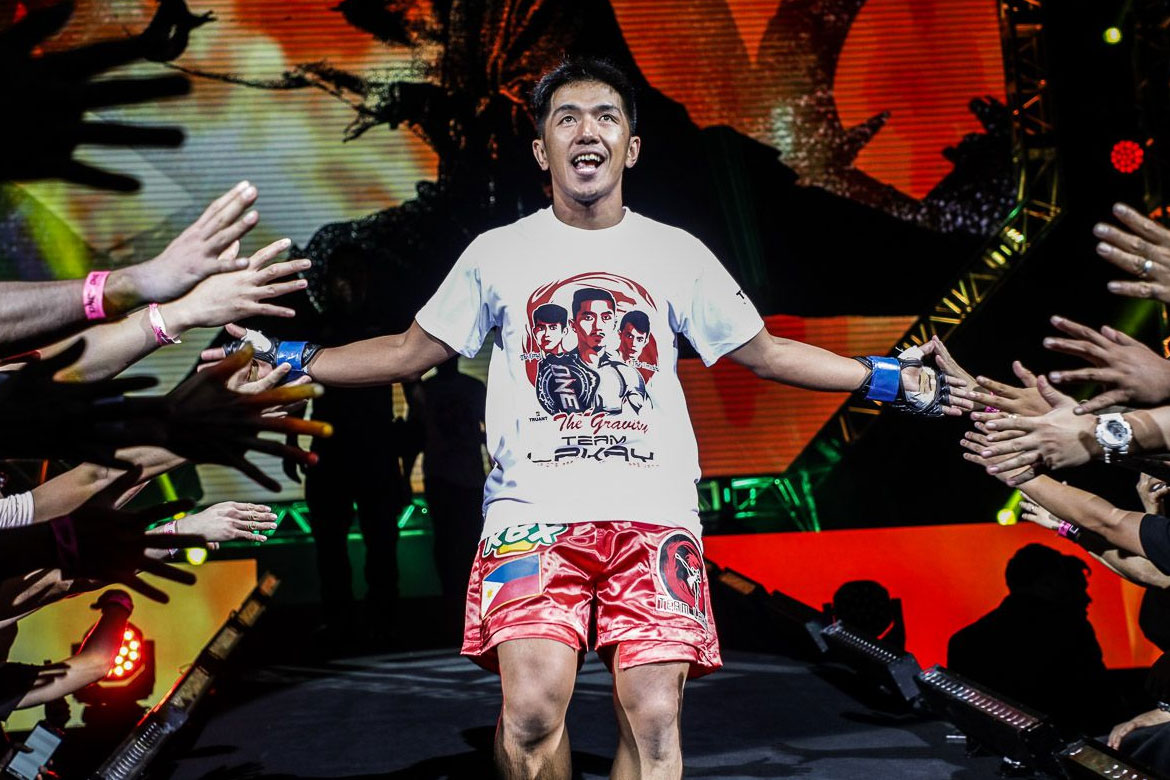 After his exclusion from ONE’s flyweight rankings, Geje “Gravity” Eustaquio is eager to prove that fans have yet to see the best of him.

The rankings were released after the former ONE Flyweight World Champion scored a highlight-reel spinning back kick knockout of Toni “Dynamite” Tauru at ONE: Masters of Fate back in November of 2019.

Though he believes he could have eked out a spot in the top five, this only ignited the fuel in Eustaquio.

“There are no hard feelings for me. The most important thing for me is my development as an athlete and another winning streak,” Eustaquio said.

“Hopefully, I break into that. I am not rushing. I believe in God’s time. If I do it correctly, then they’ll have no choice but to put me in there,” he continued.

“If you’d look at the division, only three men have held the title — Adriano, Akhmetov, and me — and I’m the only one missing there. I just take it positively, and I am definitely hungrier now.”

Eustaquio is certainly familiar with the names on the top of the list.

Save for the number one contender in Demetrious “Mighty Mouse” Johnson, teammate Danny “The King” Kingad, and Reece “Lightning” McLaren, “Gravity” has shared the Circle with the other men on the list.

He hopes to face Yuya “Little Piranha” Wakamatsu once more if given the chance, and maybe even Johnson if the opportunity presents itself.

“Of course, I wouldn’t want to face Danny. I think if they give me the chance to settle the score against Yuya, why not?” Eustaquio said.

“I also want to face a different opponent. DJ for example would be a good one. It would be huge for me if I face a legend like him.”

But for now, “Gravity” is focused on improving his game and would rather not pay attention to his placement on the flyweight ladder.

“I just have to improve because this division is stacked. Whoever I face, I will respect the decision of the company because I trust our matchmakers.”