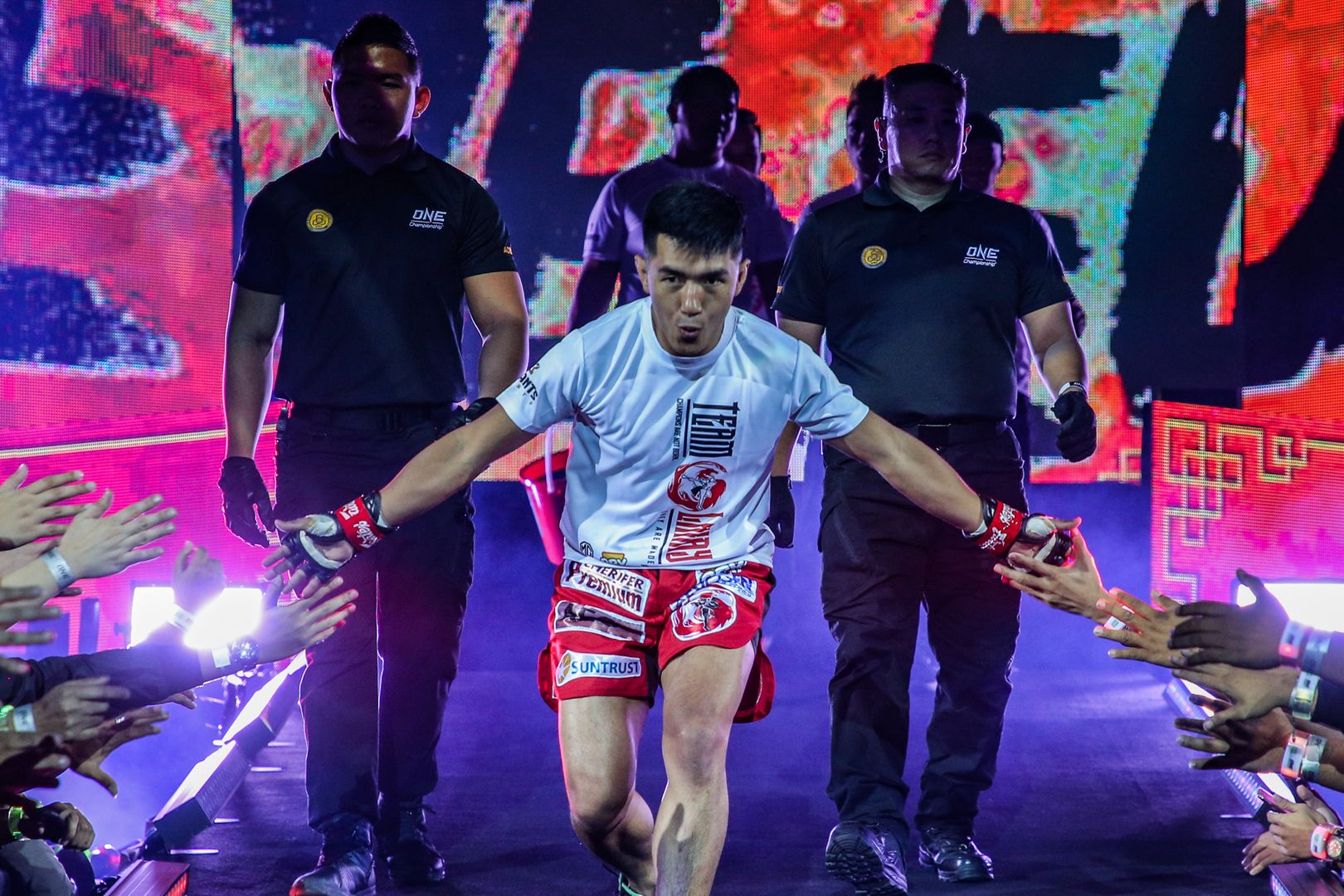 Geje Eustaquio makes his highly-anticipated return to action this Friday night on the previously-recorded ONE: Inside The Matrix III.

And the 31-year-old Baguio-native is confident that he will build another run toward the ONE Flyweight World Championship.

Eustaquio will face South Korean Song Min Jong in a three-round catchweight mixed martial arts contest. Risky is this as Song is an upstart fighter, who is a product of ONE Warrior Series.

Song is known for his tricky ground game, and his ability to grind it out.

Despite this gamble, Eustaquio remains respectful of Song before their showdown but says he fully expects to leave the arena with his hands raised in victory at the end of the night.

“I have a lot of respect for him. He is a good martial artist. He’s also made his mark in the world of mixed martial arts and has enough experience. He’s got good size, and he has a pretty decent ground game. But he’s never faced anyone like me. I’m a well-rounded fighter, and I plan to show that in this fight,” said Eustaquio.

“I’m preparing with the best team, Team Lakay. Every day, I’m surrounded by world champions and athletes, by world-class trainers and coaches. I am constantly trying to upgrade my ground game and wrestling.”

He wants to build on that momentum, and hopefully position himself for another shot at the ONE World Title down the line.

“I can’t decide whether I’m next in line for a title shot or not. Ultimately, my performances will speak for itself. My role is to train and perform at my best, always,” said Eustaquio.

“But if the opportunity will present itself, of course, I believe I deserve it. It will happen in God’s perfect time.”

After a year of being stuck in Baguio, Eustaquio is just glad to be back doing what he loves to do.

“I’m very excited to get back inside the ONE Circle, it’s been a very long time. I’m confident I can get this win, despite what we’ve all experienced in the pandemic. It’s time to turn this experience into a positive,” said Eustaquio.

“For me, I took the lockdown as a good thing. I got to spend time with my family and friends. Thankfully, being in Baguio City, I could still enjoy going for a dirt bike ride in the mountains, or horseback riding. I am very lucky to be living in Baguio.”

In this article:Geje Eustaquio, ONE: Inside The Matrix, Team Lakay