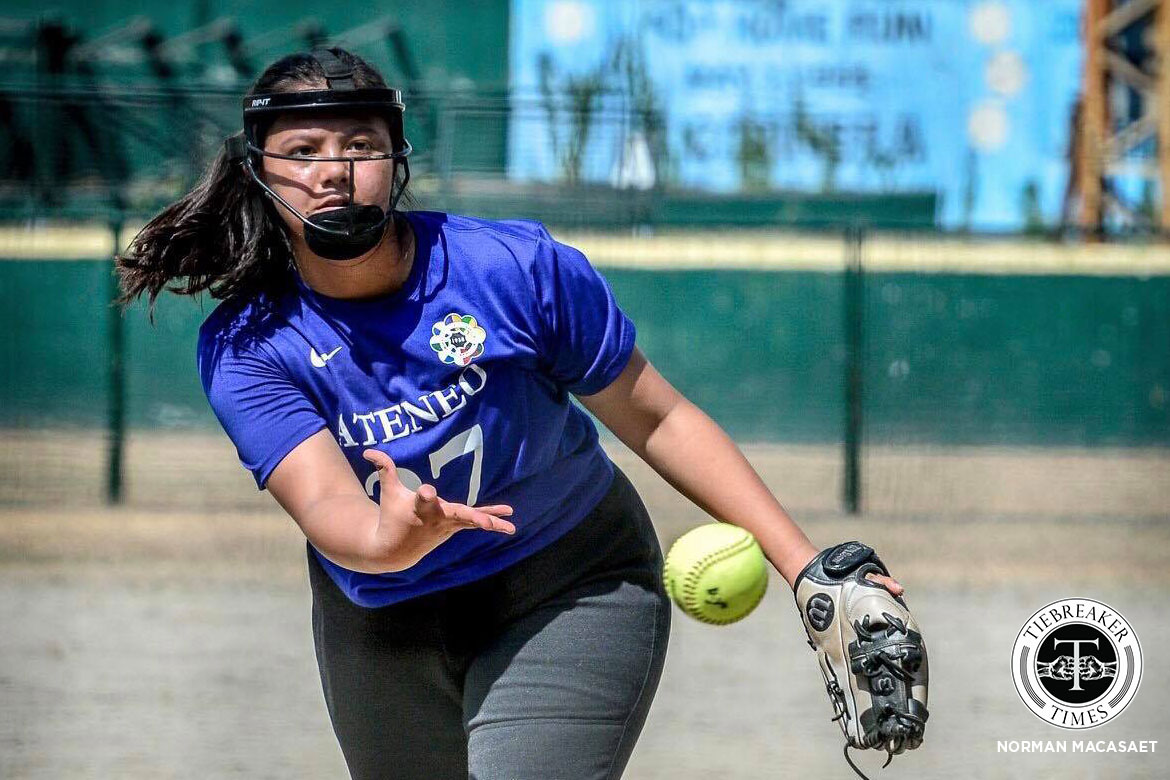 In recent years, the Ateneo Lady Eagles have had the number of University of the East. And 2019 is no different.

After 375 days since their last win, the Lady Eagles once more took the win over the Lady Warriors as a solitary run in the third inning proved to be the difference and the former bagged their first win of the year, Saturday afternoon at the Rizal Memorial Baseball Stadium.

Head coach Joy Lasquite knew that her team was getting there after a relatively impressive performance against the De La Salle University last time out. She said, “We just told the girls na nothing to lose tayo. We need to keep showing that we can compete.”

The contest was long and arduous, especially in between the pitches. However, once the deliveries were made, the defensive battle ensues.

The Ateneans picked up from they left off on defense and held UE scoreless up to the third inning. Afterward, the Lady Eagles used this solid turn at defense to finally break Collado’s shield.

Margaux Perez snaps Collado’s first pitch and earned a base with a single after she saw a teammate walked back to the dugout. Gabby Macatulad, one of the team’s seniors, made sure she would follow Perez’ lead with another base hit. The shot rolled out of the Lady Warriors’ reach as Perez ran fast and crossed home to take the 1-0 lead for the Ateneo.

With all bases covered in the following inning, UE looked to make full use of the situation to perhaps deny the Ateneo the upset. Nonetheless, pitcher Kevyn Lacson was steadfast and anchored the defense.

#ReadMore  Aldin Ayo on 'Hail Mary': 'I always offer my coaching as a prayer'

Macatulad then combined with Therese Macasaet to get out of a possible scoring opportunity for UE, securing the final two outs to retire their side of the fourth.

After a quick inning and a half, the Lady Eagles threatened to pull away after three successive hits from You Trinidad, Jill San Juan, and Macasaet. Only a pitching change shut the door for the Ateneo.

The situation forced Edcel Bacarisas to bring in Lovely Redaja on the mound. The senior delivered and fanned the next two batters and a consequent fly ball to right field eventually rescued UE from digging a deeper hole.

In the end, nonetheless, Ateneo would not be denied of the victory as Perez caught another high ball from the opposition with conviction as her run turned out to be the marginal score that stopped the skid before it reached double digits.

Lasquite rued the fact that they could have won the first round meeting. “Nakita ko na na sa ‘min ‘yun, so I know this time na mananalo kami. They managed their errors so ito yung results.

Lacson was a force at the mound as she continued to impress for two games in a row. After allowing La Salle to three runs, the pitcher shut down UE in this game as she only allowed two hits and stranded five runners in the process.

Macatulad finished with two hits in three at-bats, but her one at the third was the difference.