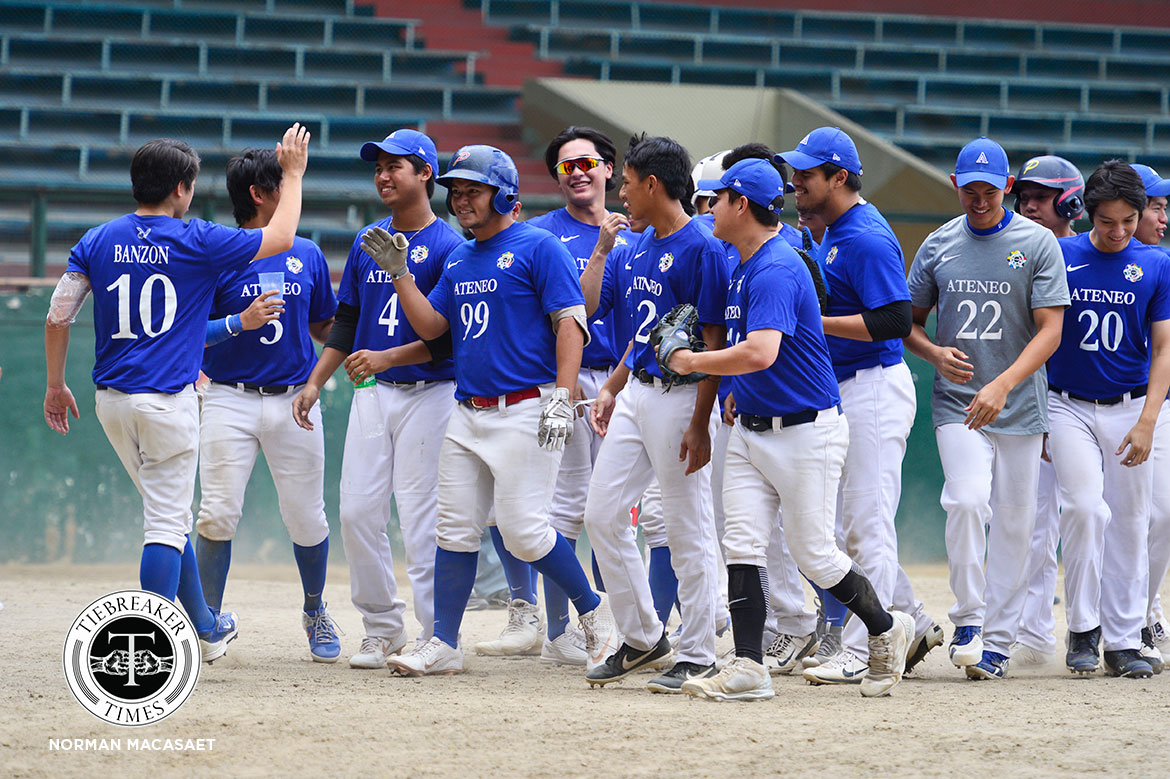 Before their rivalry game, the Ateneo de Manila University Blue Eagles made sure to send a statement.

In his best game in an Ateneo uniform, sophomore DH Fausto Eizmendi torched the University of the Philippines Fighting Maroons, leading the Blue Eagles to a dominant 16-5 rout, Wednesday afternoon at the Rizal Memorial Baseball Stadium.

Eizmendi put on a masterful performance on the plate. During the last two innings of the game, he first uncorked a two-RBI double before slamming the third home run of the season that punched in three more runs to give Ateneo an insurmountable lead in the last inning.

“The game was a good confidence booster for him. We know he is capable of doing that. Whether he starts as our DH or come off the bench, we will really need firepower and his bat to win this thing,” said first-year Blue Eagles head coach Bocc Bernardo about Eizmendi, who collected five RBIs. “Hopefully he can do this consistently.”

Though the scoreline was clearly a beatdown, UP did not go down without a fight.

After allowing four runs in the opening inning — including back-to-back long hits by Gino Tantuico and rookie Martin Tan, Gino Yang held his own on the mound afterward, holding Ateneo down to three runless innings.

“We wanted to prepare for Sunday by beating UP hard today. Actually, we had a long lull on offense, may mga innings na na-hold kami ni Gino Yang. I told them na we can’t take any team lightly,” shared Bernardo, himself a former catcher for Ateneo.

UP’s offense then came alive later on, finally breaking Miggy Angeles’ wall in the fourth inning. Then in the sixth inning, Gino’s brother Gabby drove in a run and later on scoring on his own due to an Ateneo error to cut the lead down to just one run.

Needing a run, it was Ateneo rookie Tan who provided the spark in the seventh inning to put Ateneo up the rest of the way.

“Martin is one of our more consistent hitters during the pre-season. Siguro, rookie jitters nung first game niya but now I think he was able to get his rhythm back,” Bernardo shared about Tan, who was one of his players in Southridge before transferring to Zobel.

Tan and Tantuico had two RBIs each as well.

Angeles pithed seven innings, knocking off four batters, before Nacho and Nico Lozano closed out the game for the Blue Eagles.

The battle of Ateneo and La Salle, two unbeaten teams, will take place on Sunday, February 24 at 1:00pm. UP, on the other hand, looks to snap its funk when it faces Adamson at 7:00am.