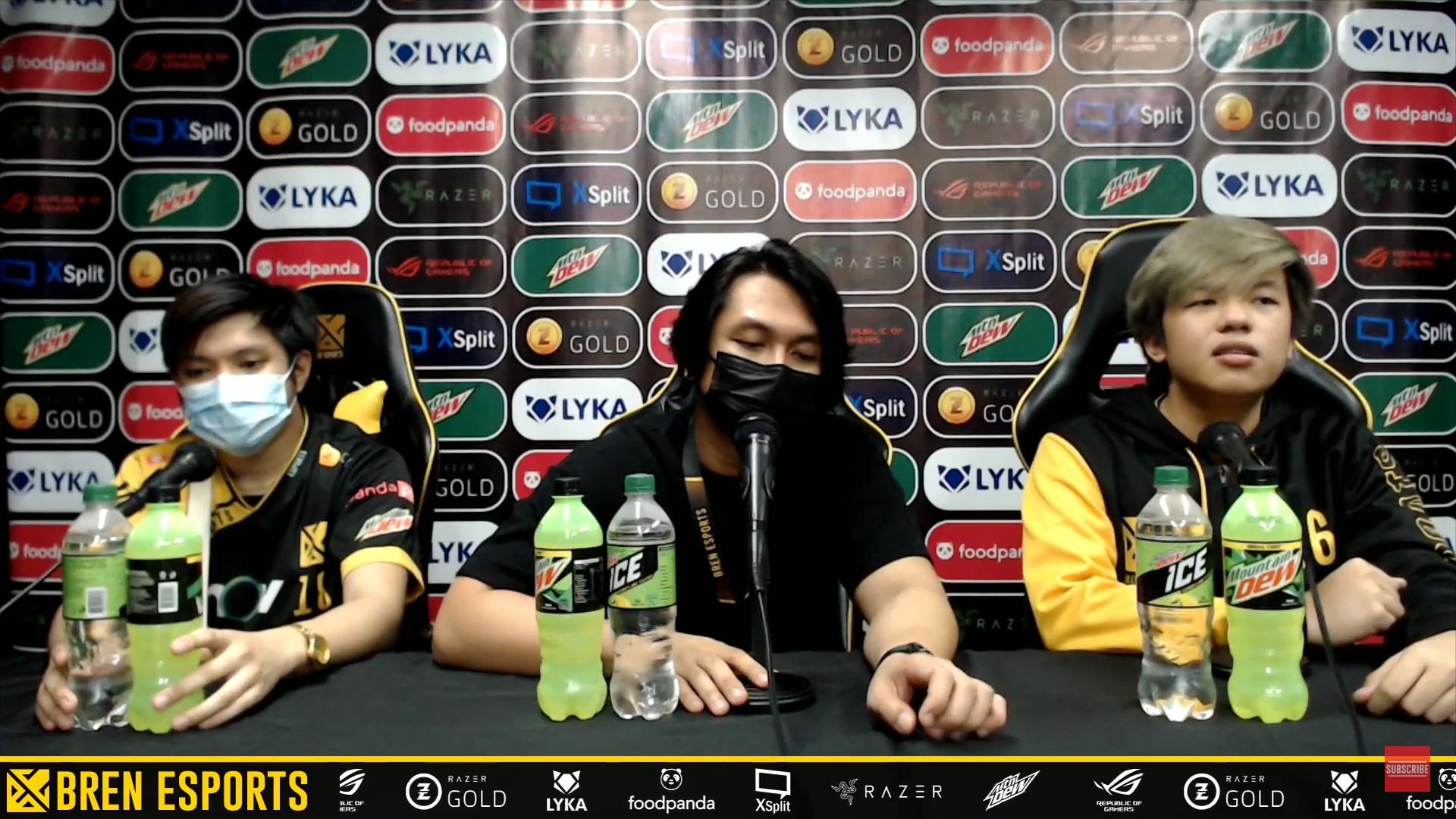 Bren Esports was poised to bag the opening game of its series against Nexplay EVOS on Friday evening.

That, however, until Tristan “Yawi” Cabrera pulled off massive setups on his Khufra – singlehandedly giving Nexplay EVOS a chance to steal the Game One win which they eventually did.

The reigning M2 world champions then secured a come-from-behind win in Game Two before stomping all over Nexplay EVOS in Game Three to take a crucial 2-1 reverse sweep to improve their standing to 3-6 with nine points at the seventh spot in a game that reached the early hours of Saturday.

During the team’s post-match press conference, Bren Esports made sure to tip its hat to Yawi’s exploits during the series.

After a strong showing that earned him the SMART 5G MVP honor in Game One, Yawi was held by Bren Esports in the succeeding games which resulted to the win.

Yawi was held to just eight assists and five deaths in Game Two before Allan “Lusty” Castromayor’s Khufra clamped him down in Game Three to just four assists and four deaths. The Nexplay EVOS star played Jawhead in both matches.

With the win, Bren Esports – who also took out Nexplay EVOS via a 2-1 win last Sunday – secured its first streak of the season all while handing the same squad its second consecutive defeat.

Bren Esports looks to continue its winning ways against ONIC PH later in the day at 8:00 PM.