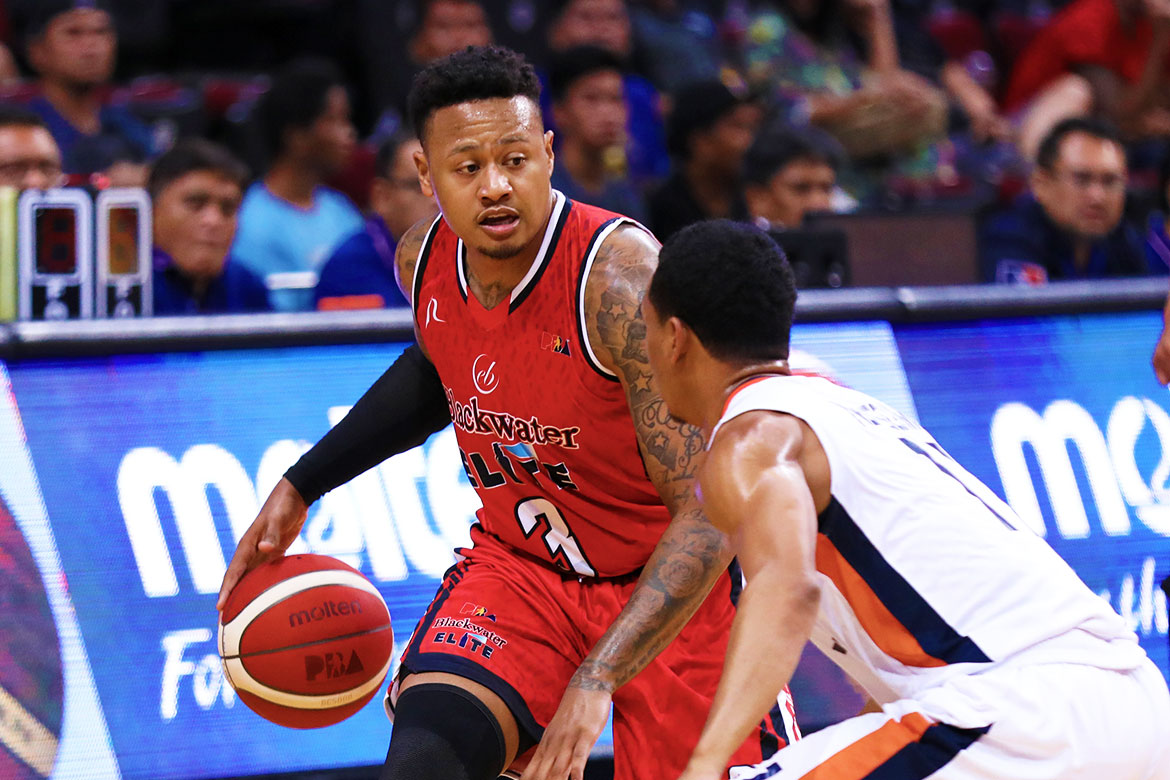 The 26-year-old impressed in his PBA debut on Sunday, producing 20 points, eight rebounds, three steals, two assists, and a block to help the Blackwater Elite down the Meralco Bolts in OT, 94-91, to successfully open their 2019 Commissioner’s Cup campaign.

Parks, Jr. scored 14 of his output in the second half, which saw the Elite wrestle their way back into the game after going down by 11, 39-50, in the third quarter. Then come the final 9.7 ticks, he split his freebies to settle the final count.

The second-generation star did not say much about his sterling debut; instead, he gave credit to the whole Blackwater squad since they were all responsible in eking out the big win

“We got the win. Most important thing,” said Parks, Jr.

“It’s not just because of me. Even before coming to the team, the team is very talented. The wins and losses they had the last conference didn’t really reflect how good of a team and how talented this team is,” he furthered.

And as impressive as he was in his debut, the National University product said that there are still adjustments to make, particularly with how the calls are made – Parks, Jr. admitted that the PBA’s calls are different from the ABL.

“It’s just the difference of the consistency of the calls. The ABL, they’re not really worried about the hand-check stuff,” said the only three-time ABL Local Most Valuable Player.

“But in the PBA they’re more worried about that.”

Parks, Jr.’s first PBA game is now in the books. And for him, he’s excited for how this chapter of his career unfolds.

“For me, I’m happy to be here, I’m happy to help the team. I just wanna start this new chapter in my career here in the PBA, and I’m excited about it.”