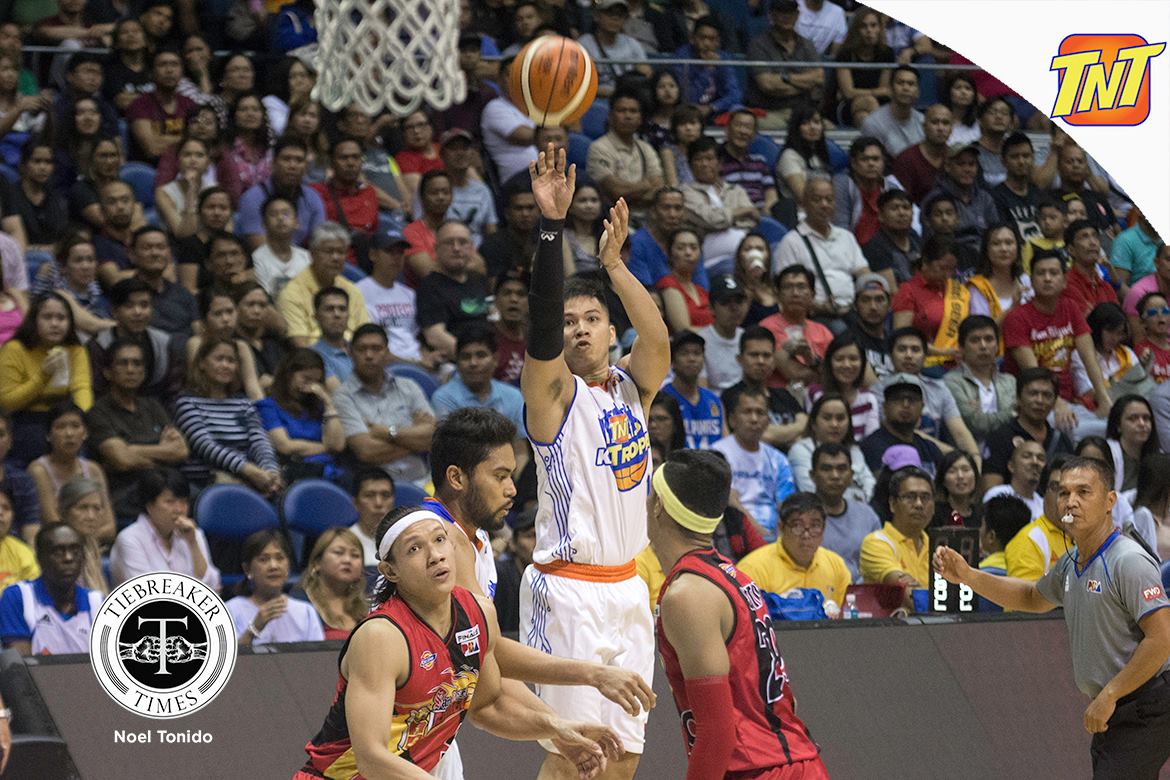 Roger Pogoy was a paragon of calmness as he made his way out of the TNT Katropa’s locker room at the Big Dome, despite he and TNT having lost the 2017 Commissioner’s Cup Finals to San Miguel Beermen moments earlier.

There were no assessments offered by the Minglanilla, Cebu-native regarding Game Six itself, or even the best-of-seven series as a whole. All that he could talk about was the way the Beermen had played en route to the crown.

“Maganda rin yung laro nila,” said Pogoy of San Miguel Beermen, a team that had remained a vision of composure all throughout the series.

The Far Eastern University product will definitely learn a lot from his first-ever Finals stint, where he was even one of the Katropa’s main contributors in the series despite laying big fat eggs in Games Two and Three. And during that time, he figured in a confrontation with fellow Tamaraw Arwind Santos.

Pogoy may have learned things personally, but when asked what TNT realized as a whole, it was the fact that they cannot win it if they do not work as a single unit. They only had 12 assists in Game Six, only half of SMB’s output.

The young gunner then made his way out of the venue, walking away with all the lessons he had just learned.