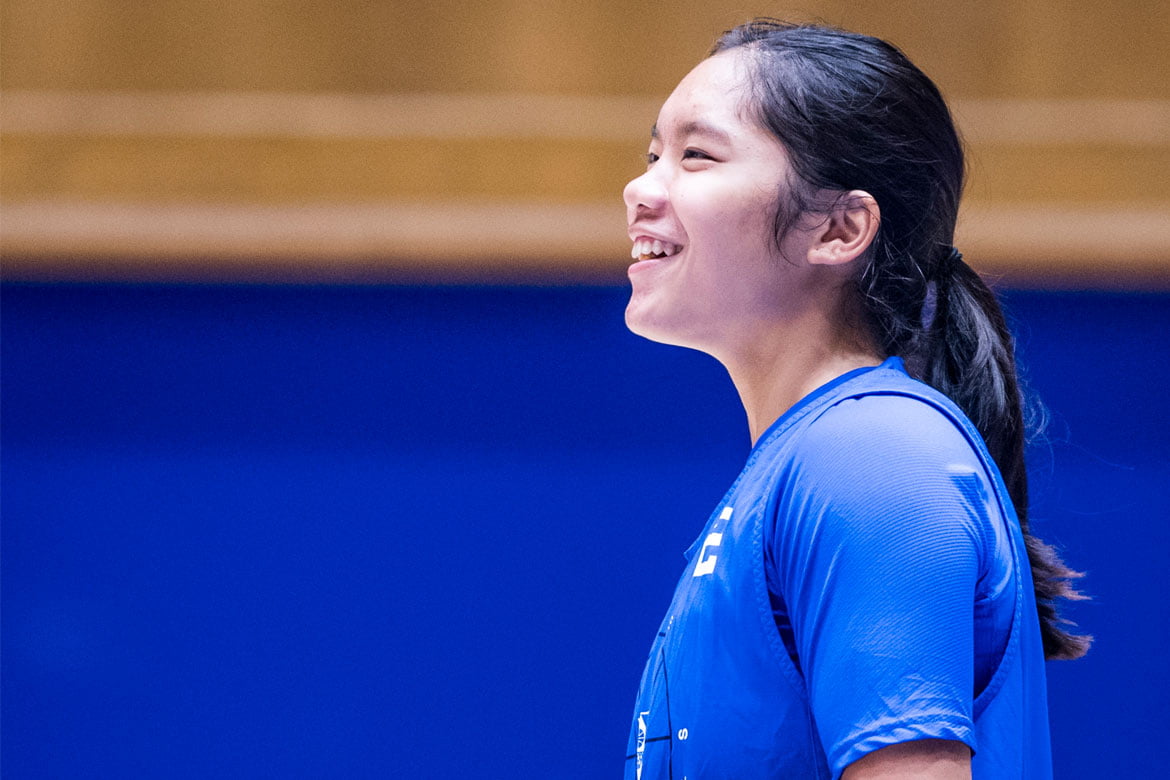 Another Filipino is representing the three stars and the sun well abroad. And she is doing it in one of the most history-rich collegiate sports programs in the world.

Entering Duke was a no-brainer for the 18-year-old, since Duke is known both for academics and athletics.

“I also received offers from Ivy League schools, but I wanted to go to a school that also has a good basketball program,” said the 5-foot-8 floor general, who is taking up a pre-med course.

Of course, the allure of playing in Cameron Indoor Stadium is also hard to resist.

“It’s such a beautiful gym. I guess when I walk in, it just blows my mind. I just can’t wait to play in the gym — how historic and how crazy the rivalry games have been played there by the women’s basketball team. I just want to be part of that,” shared De Jesus.

De Jesus, whose dad Philip is from Pangasinan while mom Maria is from Boracay, is the first-ever student-athlete of Asian descent to play with the Blue Devils. And she definitely deserves it.

“I was so happy because all my hard work paid off a little bit. Being able to represent being a Filipino in California, it’s just a huge honor,” expressed De Jesus.

#ReadMore  NCAA ManCom proposes to Policy Board: Extend eligibility of those who have not played

There are many other Filipinas making waves abroad, including Fairleigh Dickinson-commit Ella Fajardo.

For Gilas Women’s program director Patrick Aquino, he hopes that this would open more doors for Filipina ballers to be recruited by top-tier schools in the States.

“With this opportunity Vanessa has already, we hope that we are given the opportunity to play abroad also. Hopefully, in the future, more Filipinas can play in the States for other schools.”