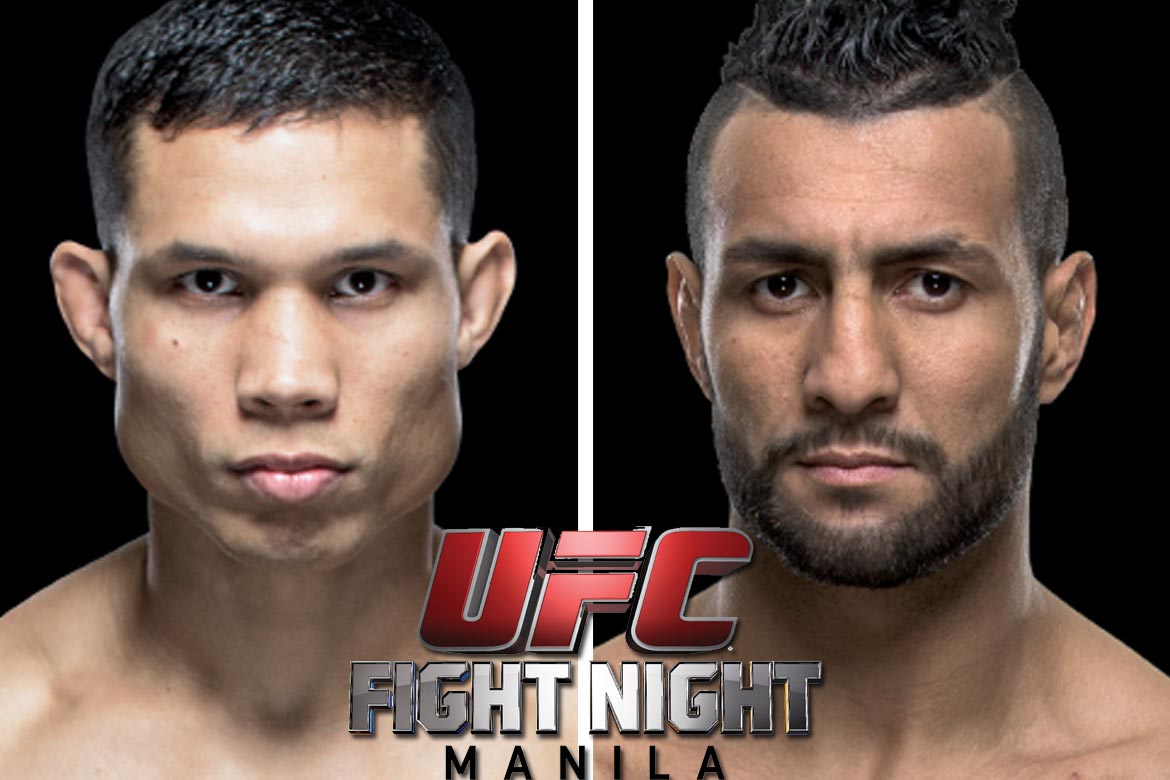 The Ultimate Fighting Championship announced Thursday afternoon the addition of a lightweight battle between Jon “Super Saiyan” Tuck (9-3-0, fighting out of Hagatna, Guam) and Medhi “The Sultan” Baghdad (11-4-0, fighting out of Los Angeles, California USA) for UFC Fight Night Manila 2: Lamas vs. Penn on Saturday, October 15 at the SM Mall of Asia Arena in Pasay City.

Virtually skilled in all aspects of mixed martial arts (MMA), Tuck has gone 3-3 in his first six UFC bouts after an undefeated run in the regional circuit that earned him a contract with the world’s premier MMA organization in 2012.

Standing in front of Tuck is the Frenchman Baghdad who is looking for his first UFC victory since competing in The Ultimate Fighter 22 under the tutelage of UFC Featherweight champion Conor “The Notorious” McGregor.

A former Muay Thai champion with dangerous elbow strikes and vicious kicks, Baghdad believes that this is his opportunity start his own run in the crowded UFC Lightweight division and it begins with derailing Tuck’s ascension.

Other announced bouts for the stack card are:

The King returns to Manila